On Loop: "Haiyan" by tide/edit

Live Review: The Mountain Goats at The Mayan Theat...

Live Review: The Mountain Goats at The Mayan Theater 6/17/14 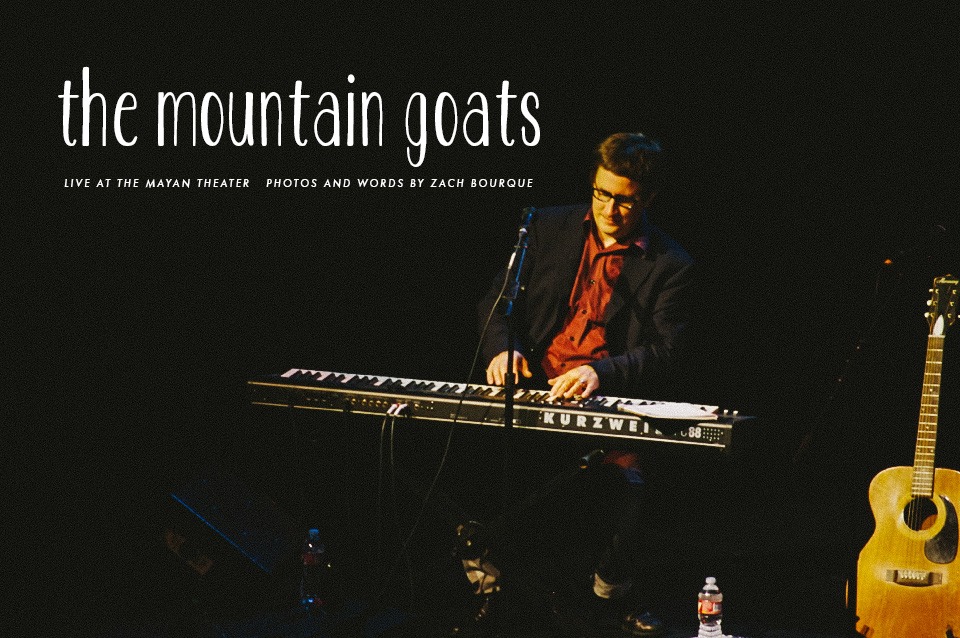 Odd folk duo The Mountain Goats played to a near sold out audience at The Mayan Theater in Downtown Los Angeles on Tuesday, July 17th. The group was founded by Claremont native John Darnielle in the early 90s and have developed a rabid, eclectic cult following ever since.

Said cult was out in full force this particular night, packing the venue’s two stories to the brim, with fans even spilling into the stairwells up on the mezzanine. The venue itself is quite a trip, with elaborate Egyptian inspired architecture that’s equal parts tacky and beautiful. The acoustics are amazing though so if you get a chance to see a show here, run don’t walk.

While The Mountain Goats are essentially a one man show (and were literally for years) Darnielle was joined on bass by Peter Hughes. The two were quite a sight on the massive stage, looking like two ants on a kitchen table.

With a frenetic voice that belied his trim and proper appearance, Darnielle is cut from a unique cloth. He’s a supremely talented musician and played several songs on a grand piano before switching back to his acoustic guitar.

While the lack of a drummer was initially off putting, it became quickly forgotten as the set progressed. There were even a couple of sing-a-long moments, such as a roaring rendition of San Bernardino, spurred on by a tale of vocal Brits doing the same despite an inability to locate the Inland Empire on a map.

Strangely, or perhaps fortunately, the one takeaway from this unique night at the Mayan was just sheer joy and optimism. The Mountain Goats put a smile on your face. They play a different kind of music for a different kind of fan. It might be a bit weird but I think we can live with that. 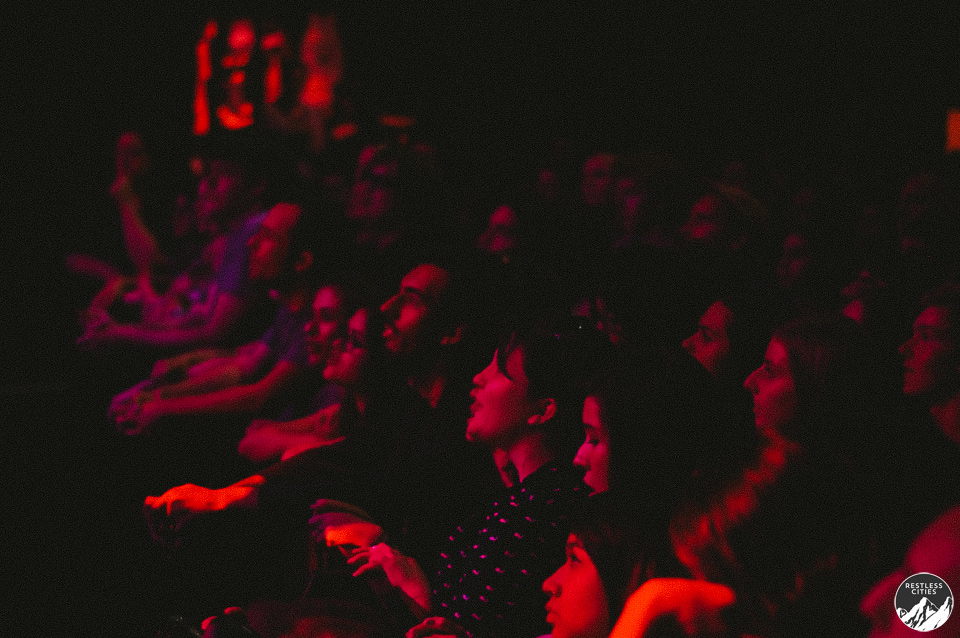 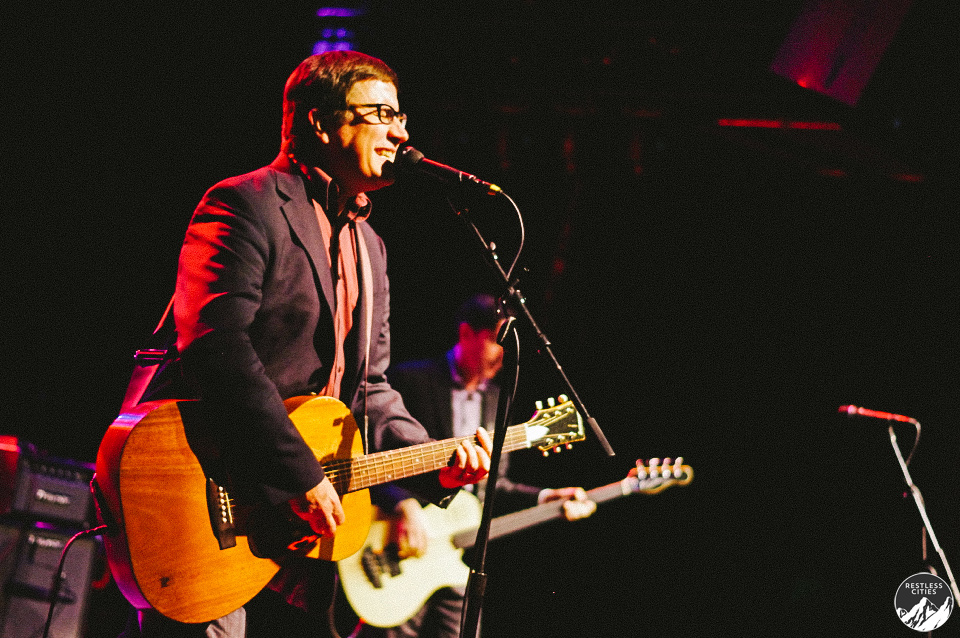 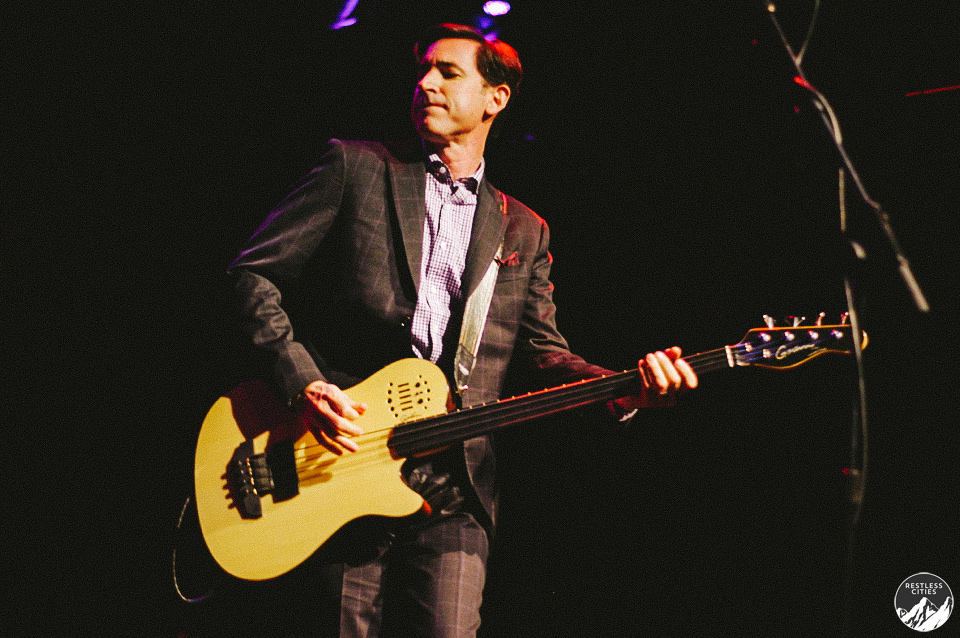 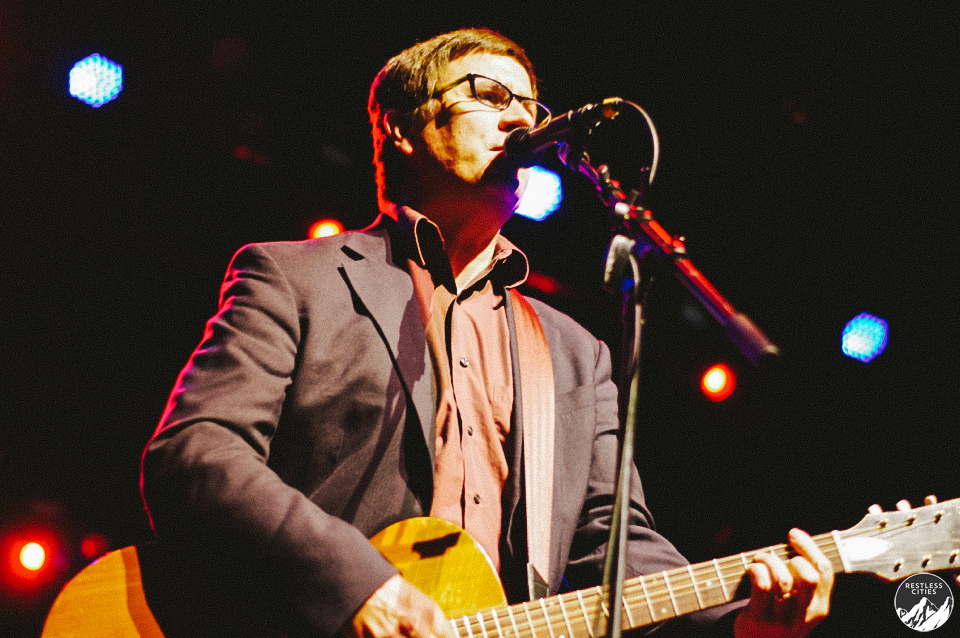 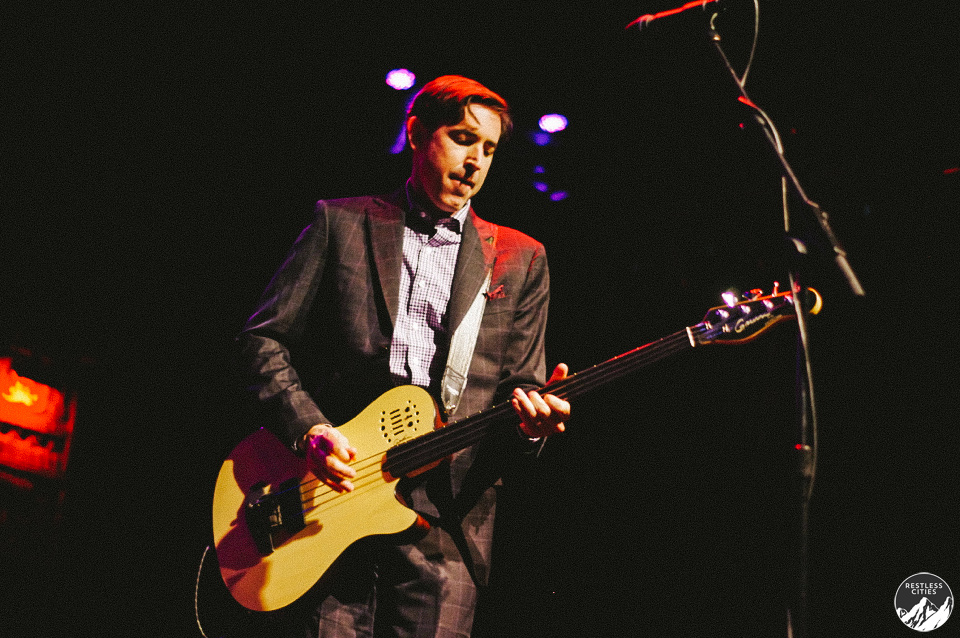 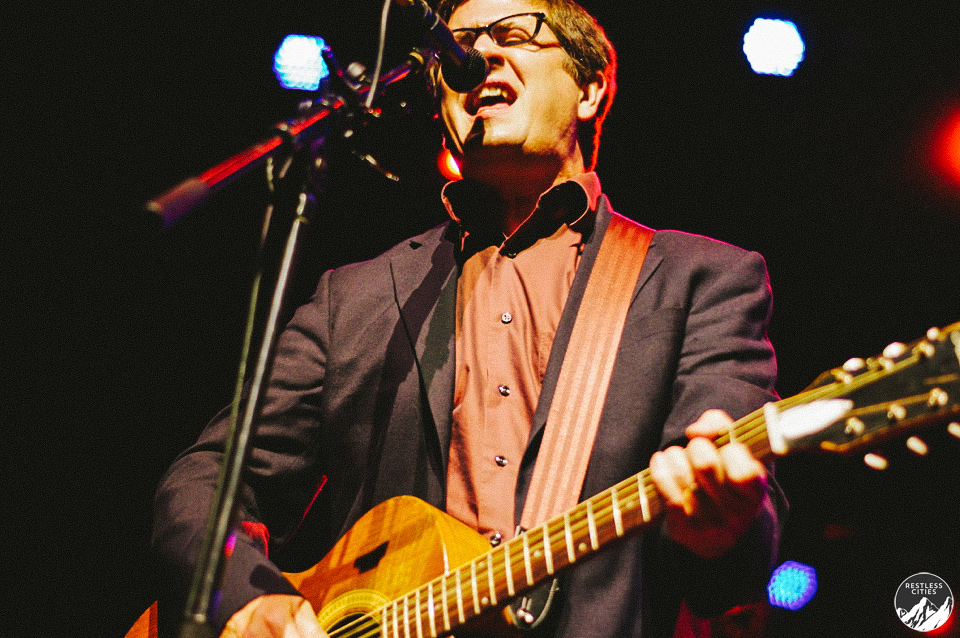 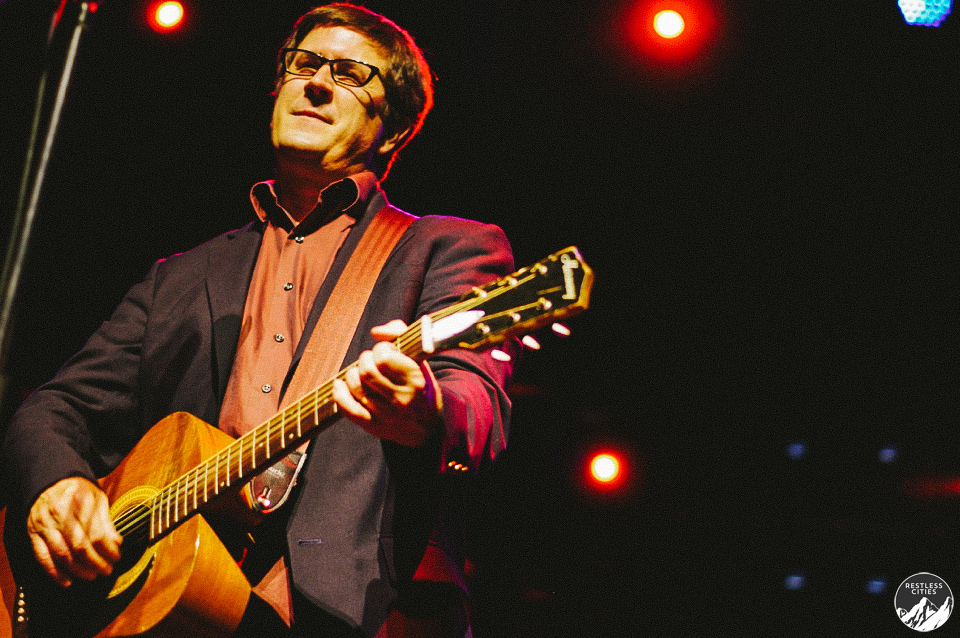 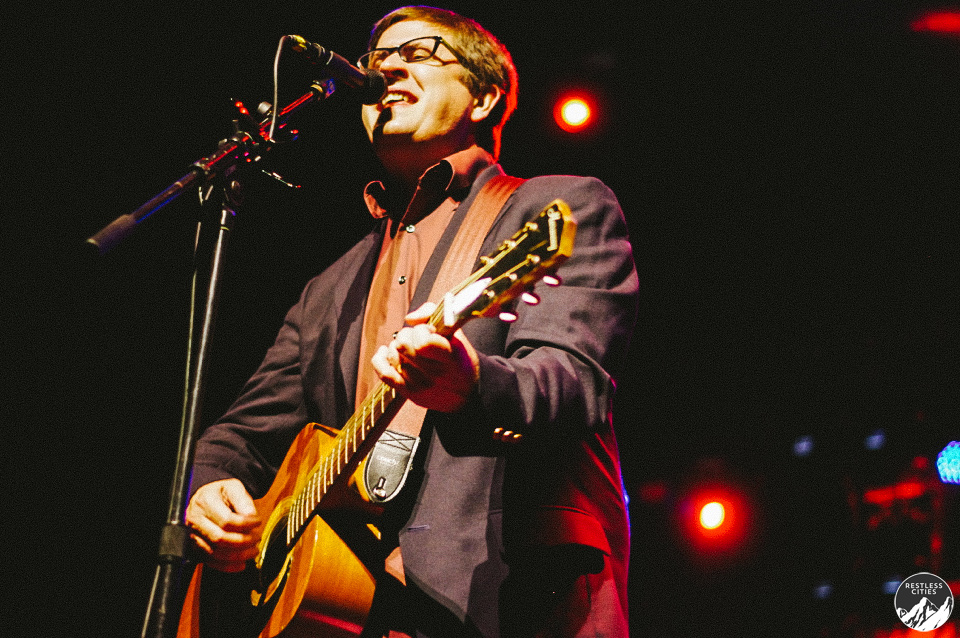 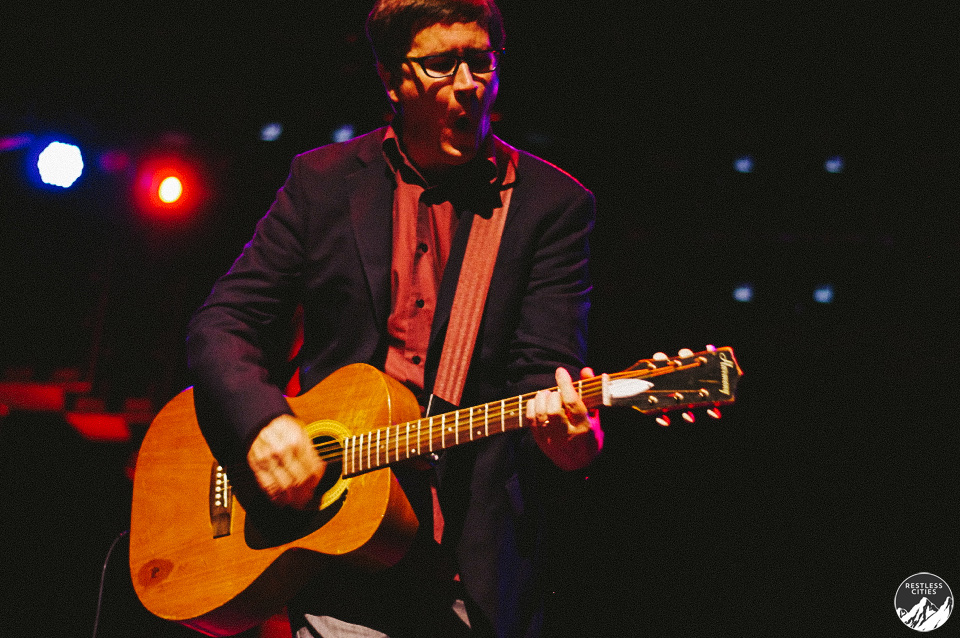 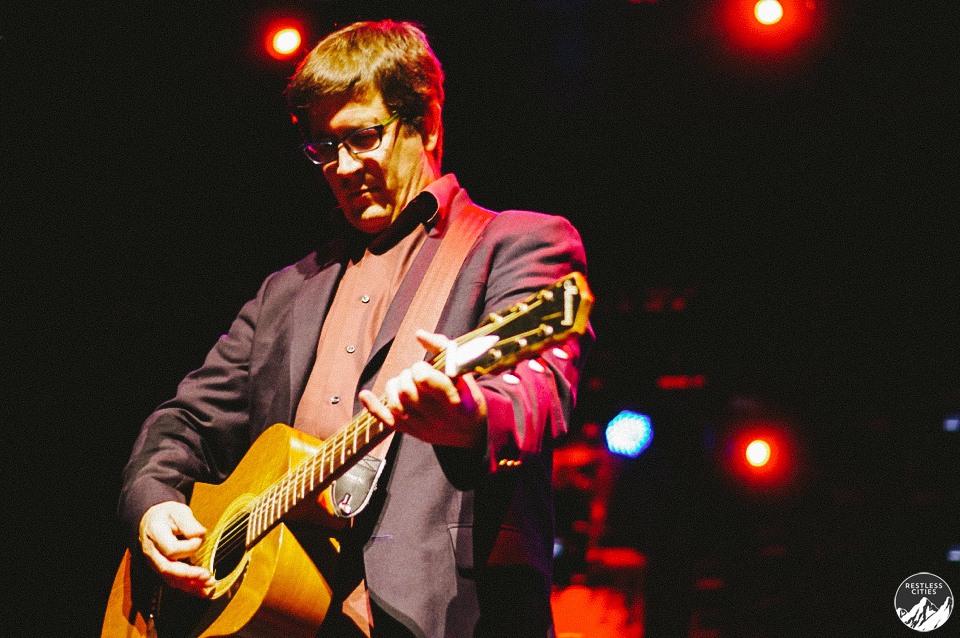 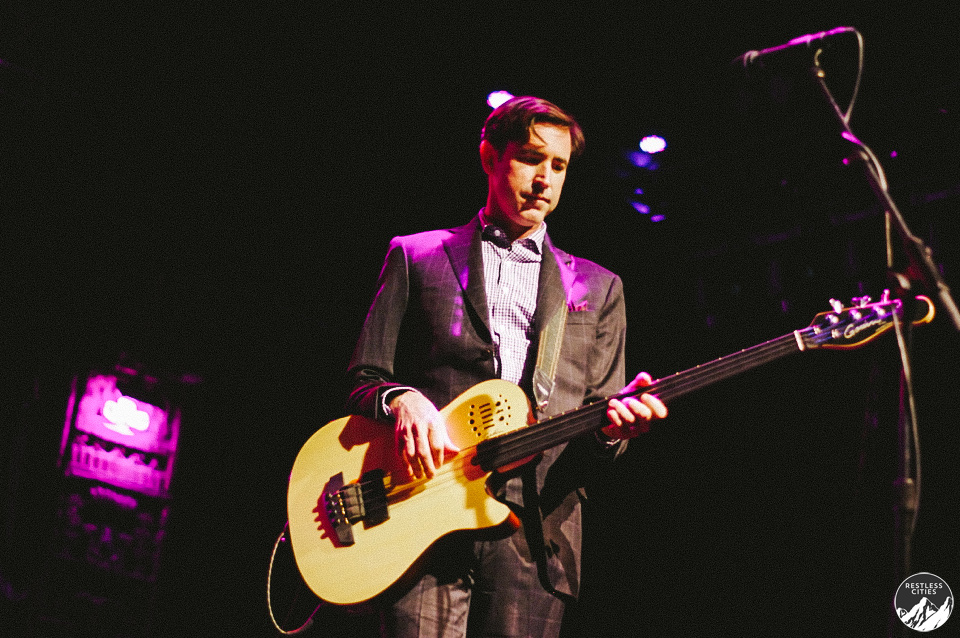 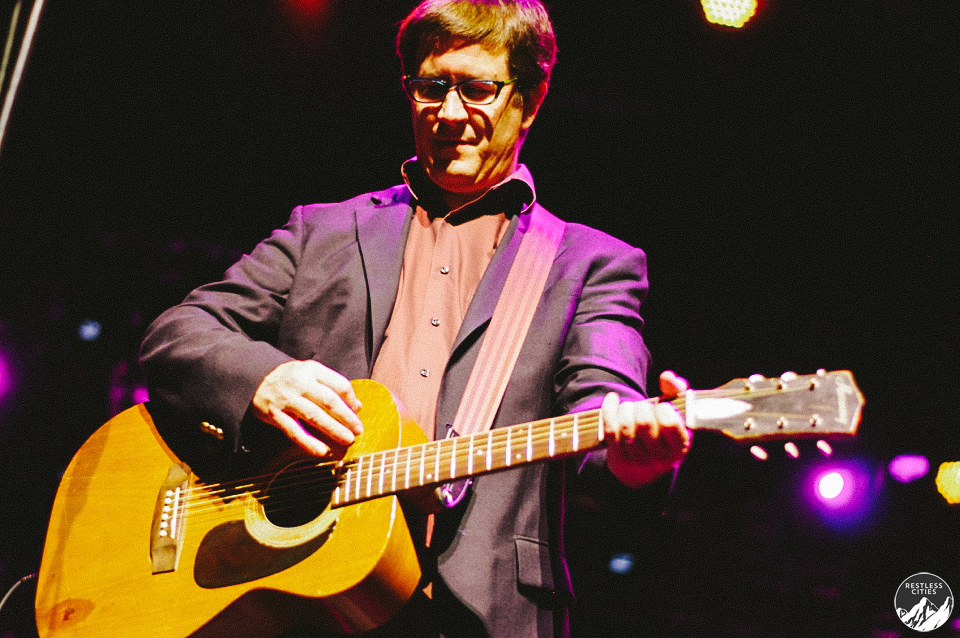 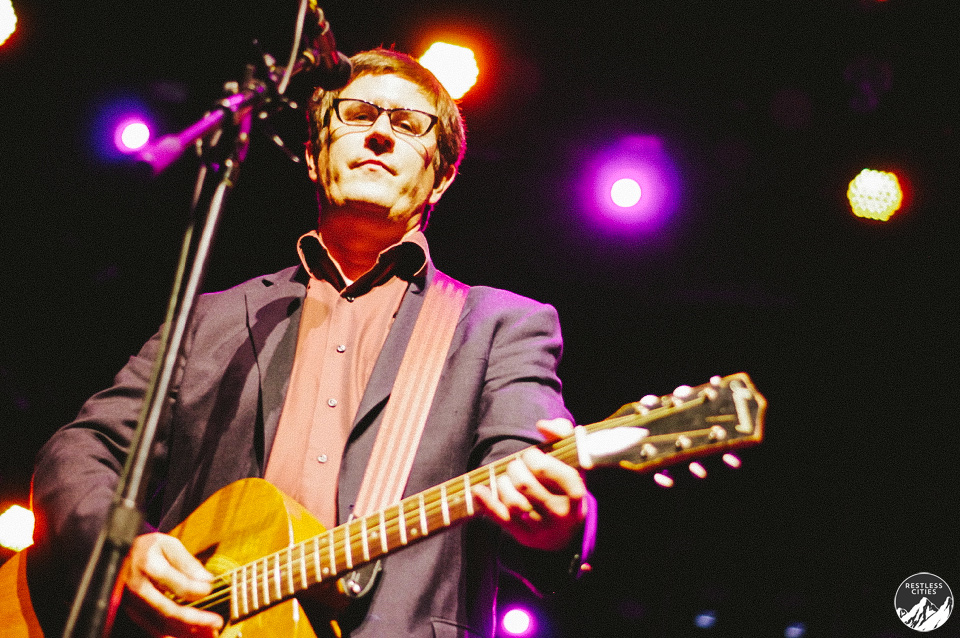 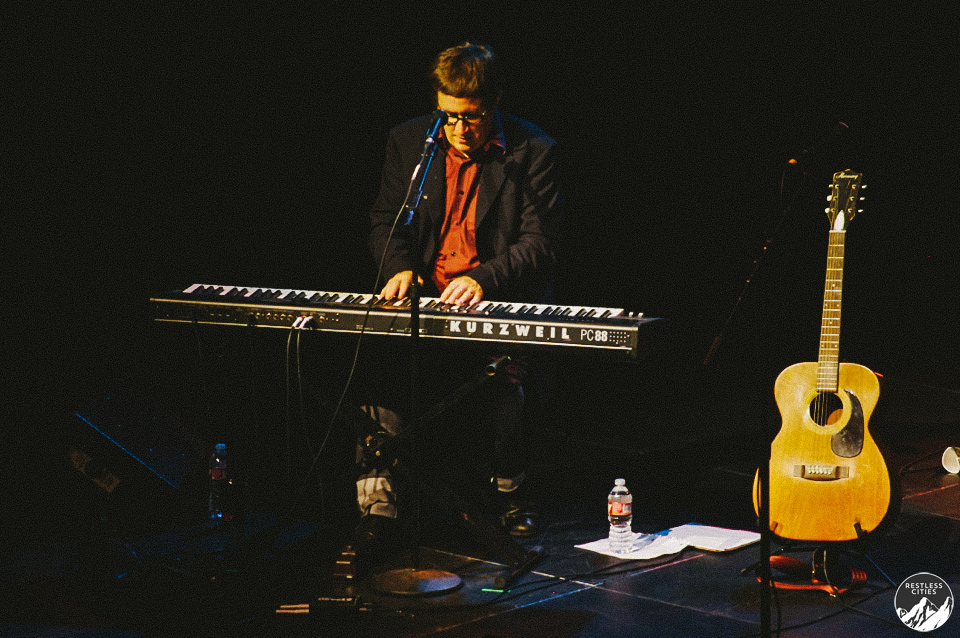