Live Review: mewithoutYou’s Catch For Us The...

Live Review: mewithoutYou’s Catch For Us The Foxes 10th Anniversary Show at the Troubadour 6/22/14 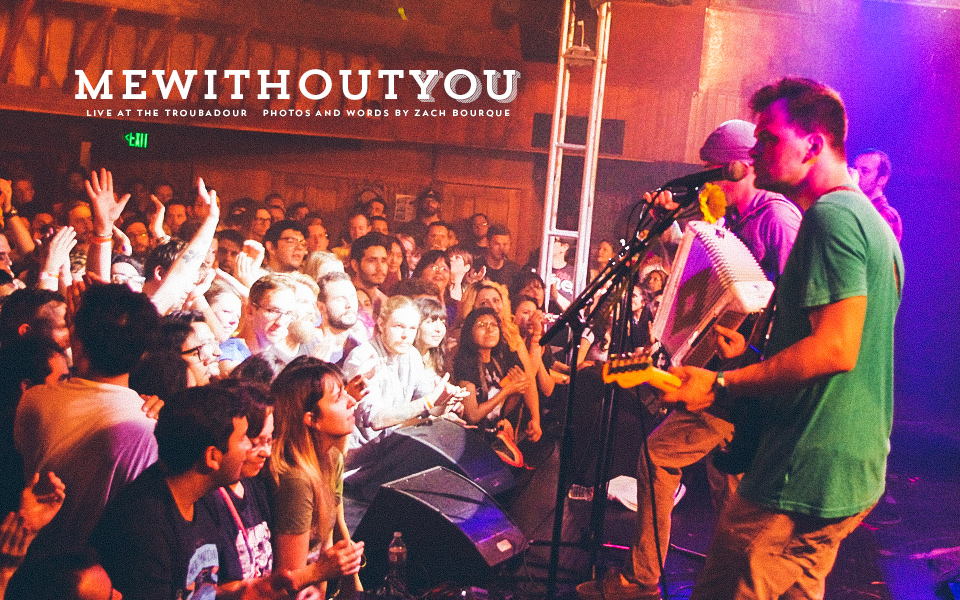 mewithoutYou have never really fit in. A decade or so ago they were born into a sea of metalcore, touring with bands like Norma Jean who made their name with loud, angry incomprehensible screaming and aggressive breakdowns. Flash forward today and their place in the landscape is slightly less murky but still a bit of a head scratcher. They played the Troubadour June 22nd to celebrate the 10 Year Anniversary of their tour de force album Catch for Us The Foxes.

Support came from (wait for it) The World Is A Beautiful Place & I Am No Longer Afraid To Die. The band is generally shortened down to TWIABP and frankly my hands are thankful for that acronym already. The 8-piece post-rock, emo-something-or-other band crowded the Troubadour’s stage like none I’d seen before. TWIABP recently put out their first full length entitled Whenever, If Ever and it’s definitely worth checking out for fans of Explosions in The Sky or even someone a bit newer like Seahaven. TWAIBP’s cherubic lead singer really got into the set and the addition of a cello and some synthesizers gave their music immense depth that never went unnoticed.

Touche Amore’s talented (and busy) frontman Jeremy Bolm could be seen chatting with mewithoutYou’s Aaron Weiss before their set off stage. The image resonated because the frontmen are basically two sides of the same coin, performing their own bizarrely personal takes on post-hardcore and even touring together this past Winter. Bolm seemed stoked to see mewithooutYou perform Catch For Us The Foxes in its entirety live and he certainly wasn’t alone in this regard.

And hot damn, Weiss has still got it. He spins and ducks, bobs and weaves on stage, executing their album with those bizarrely addictive vocals that got him remembered. “January 1979” in particular got a roaring response but lesser known tracks off the album were similarly appreciated. After the album performance was done, Weiss donned his trademark accordion for a handful of other tracks to the crowd’s excitement.

Weiss is an extremely unorthodox dude, and went off on several impossibly personal rants that thankfully never took up too much time. But mewithoutYou wouldn’t be the same without his endearing energy, odd costume changes and, of course, that voice. His sheer artistic passion and exuberance have helped elevate mewithoutYou into unquestionable cult status and the sold out crowd was a testament to just how much of an impact they’ve had on an otherwise predictable genre. 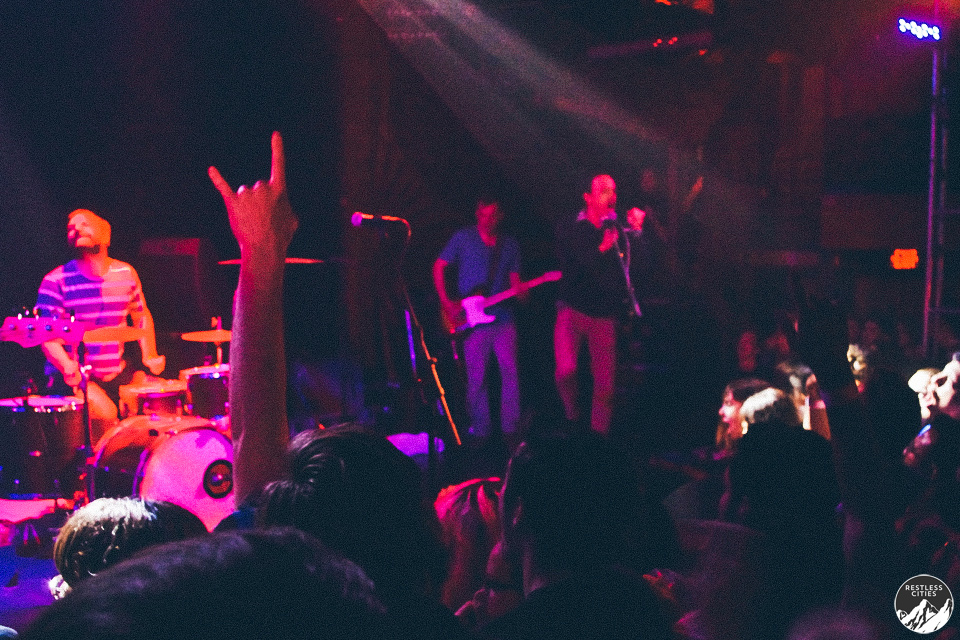 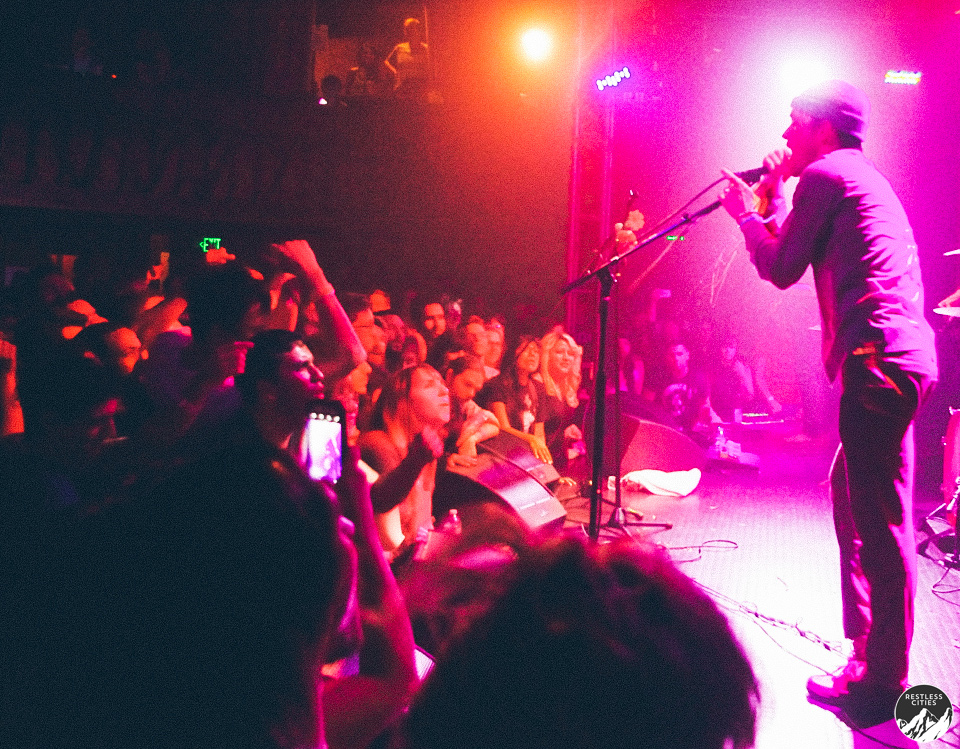 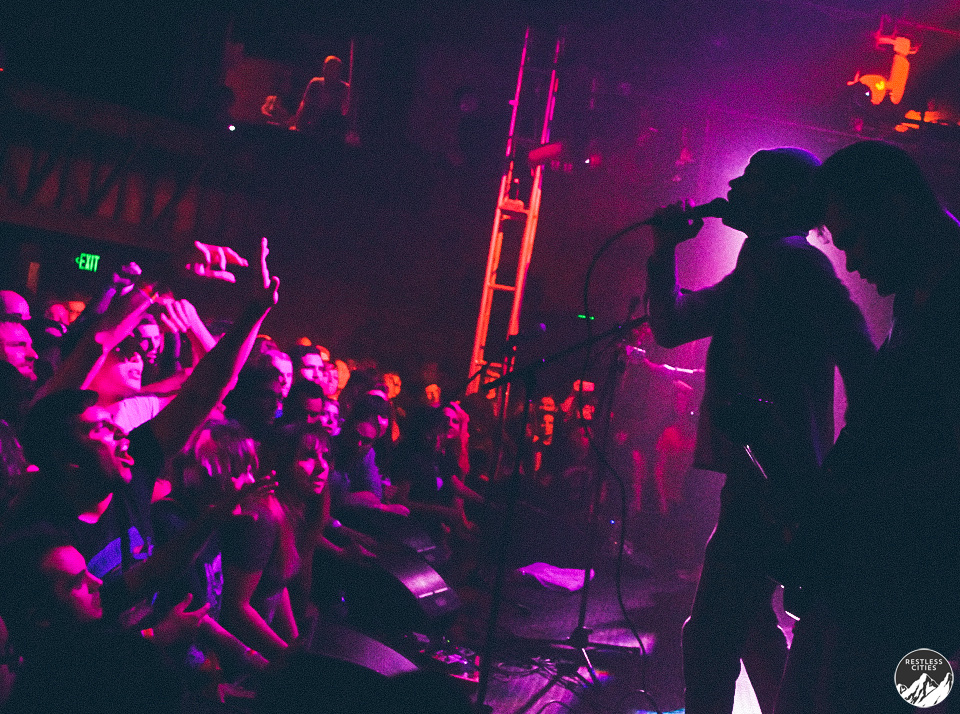 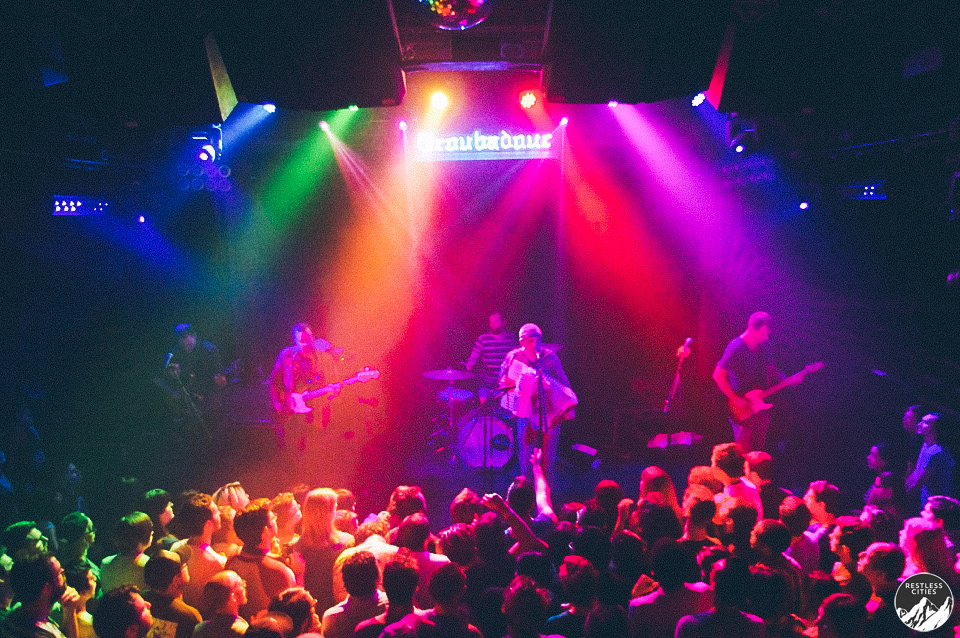 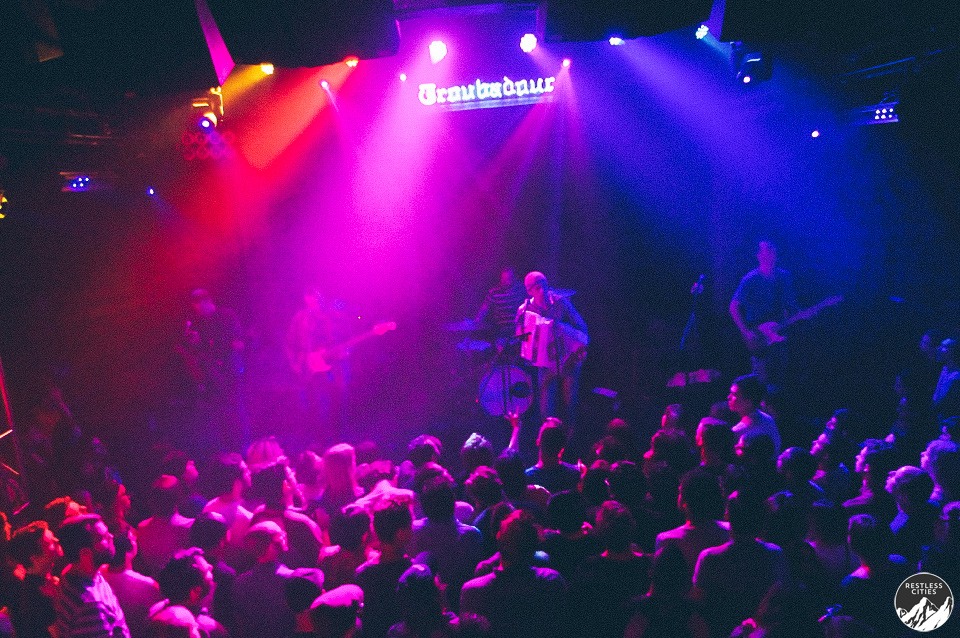 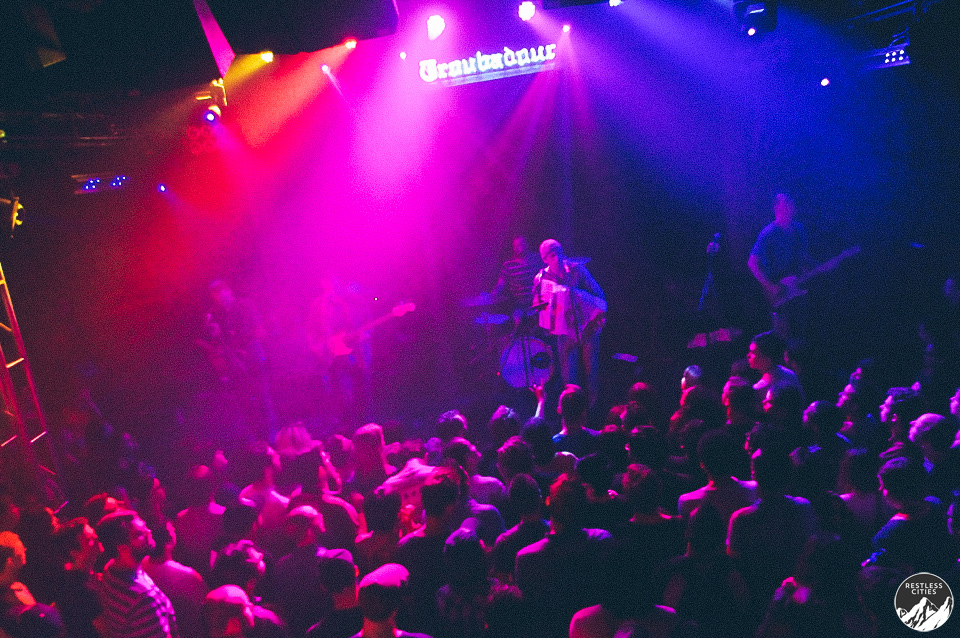 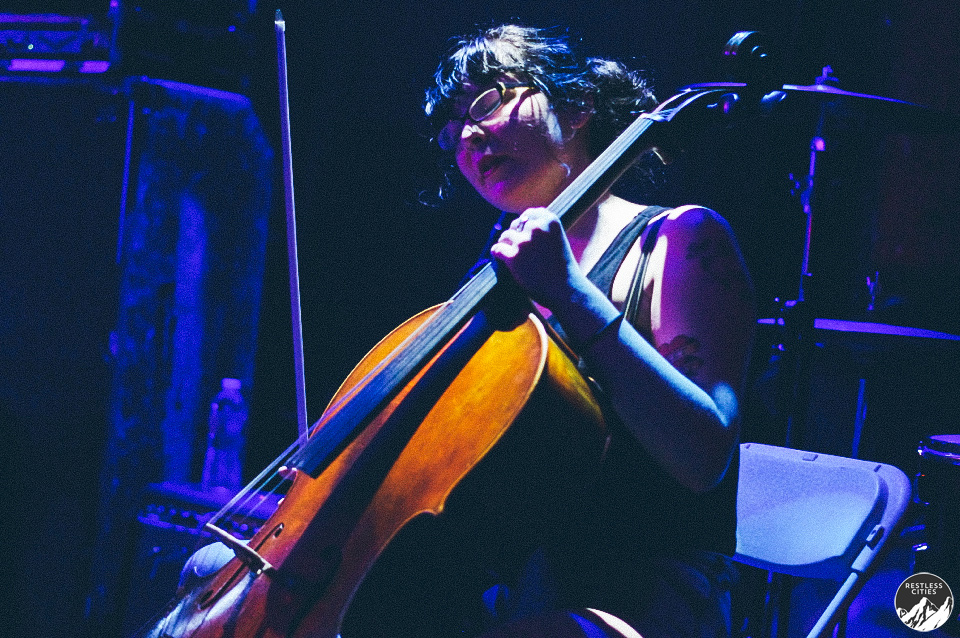 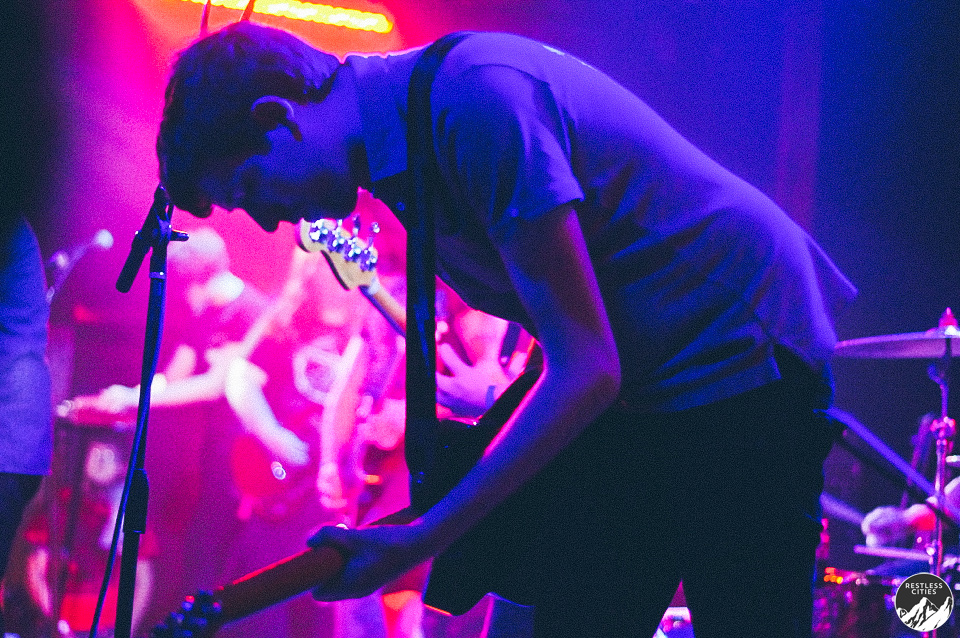 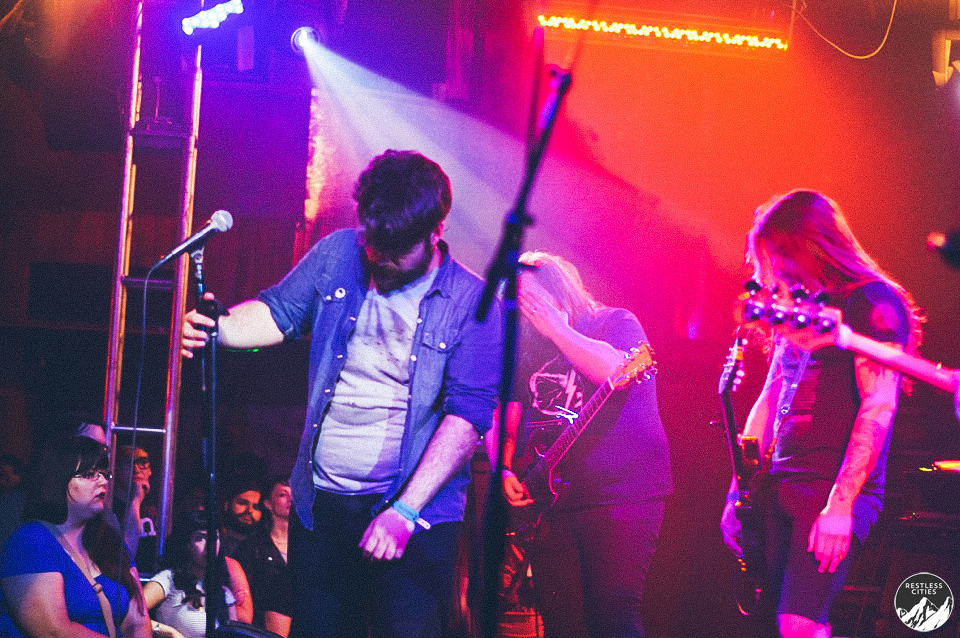 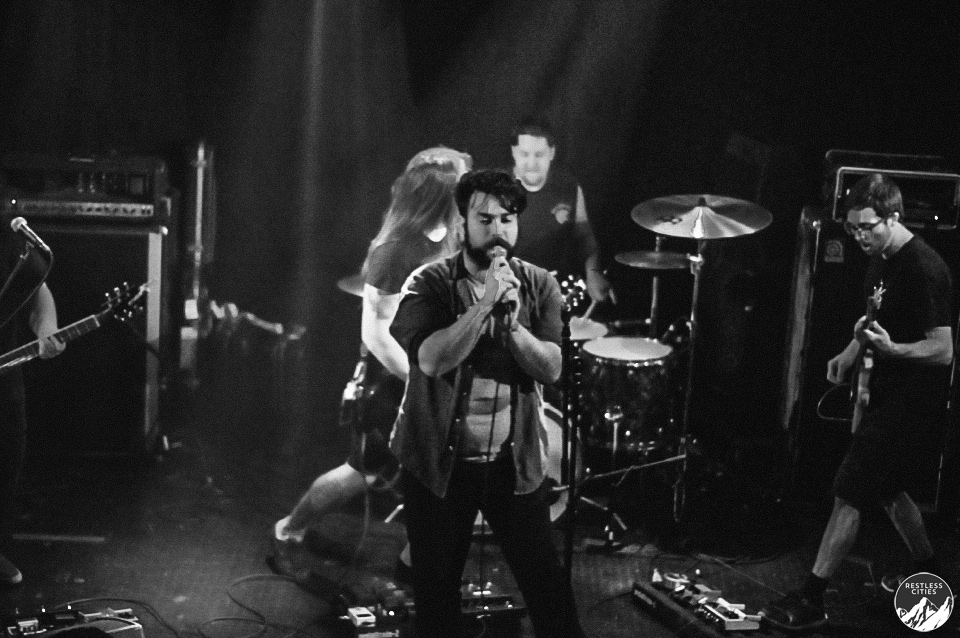 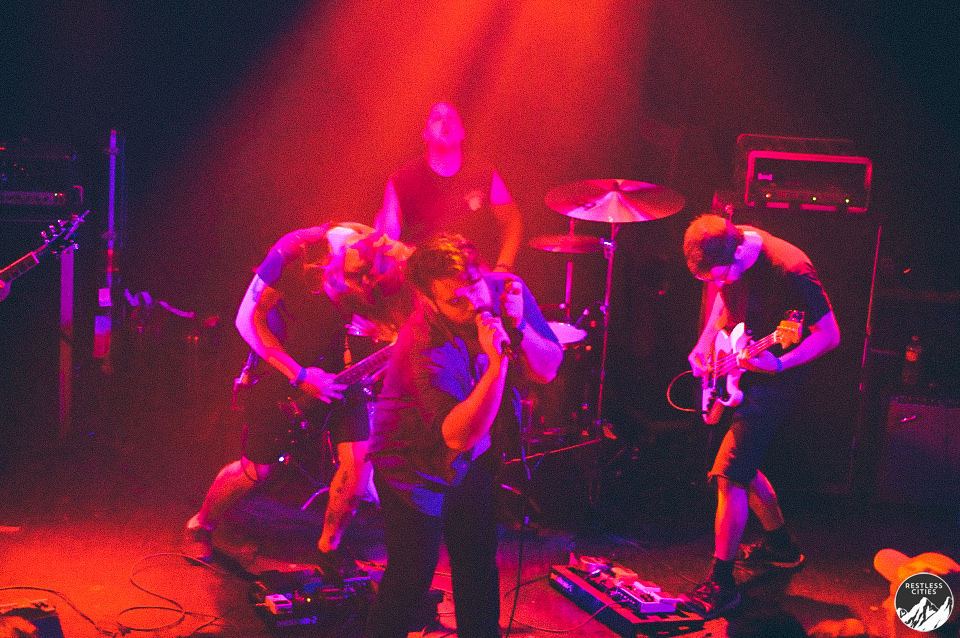 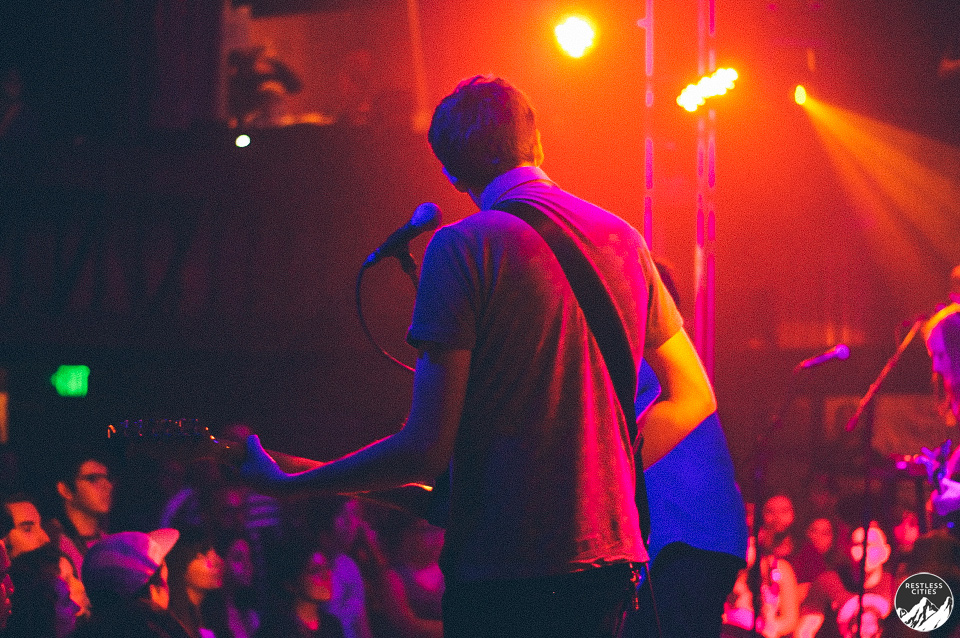 live review, mewithoutYou, The World is a Beautiful Place & I am No Longer Afraid to Die, Troubadour