Win a pair of tickets to Joyce.. 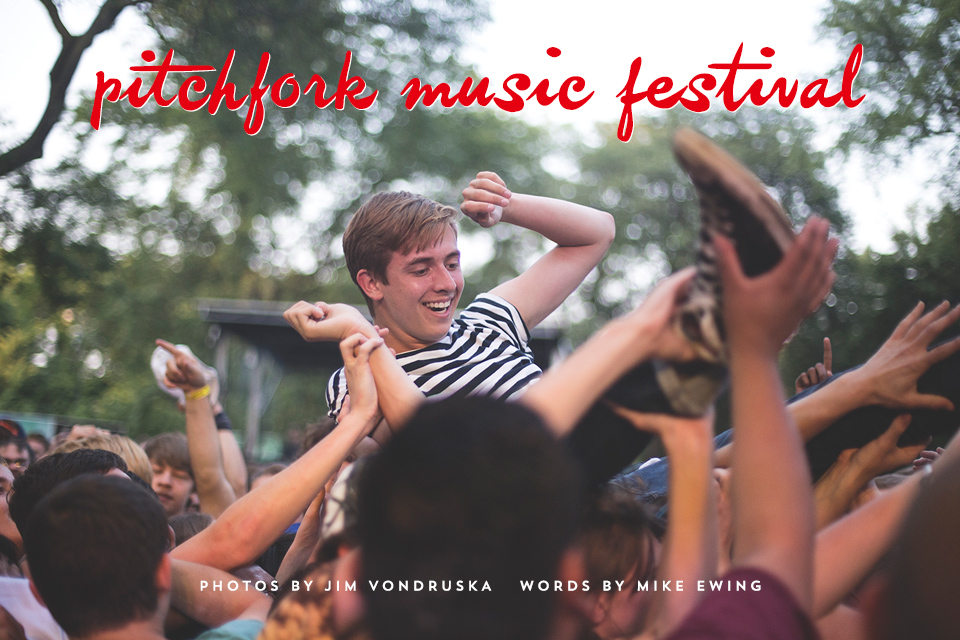 This year’s Pitchfork Music Festival lineup was a diverse one, jam-packed with both promising newcomers and heavyweight favorites from almost every relevant genre you can think of. Here’s our report on the most memorable sets of the first day by our Chicago team – photographer Jim Vondruska and writer Mike Ewing.

The crowd was almost unreasonably wild during Slasher Flicks, the band fronted by Animal Collective’s Avey Tare, and really got moving during “Little Fang,” the group’s single. 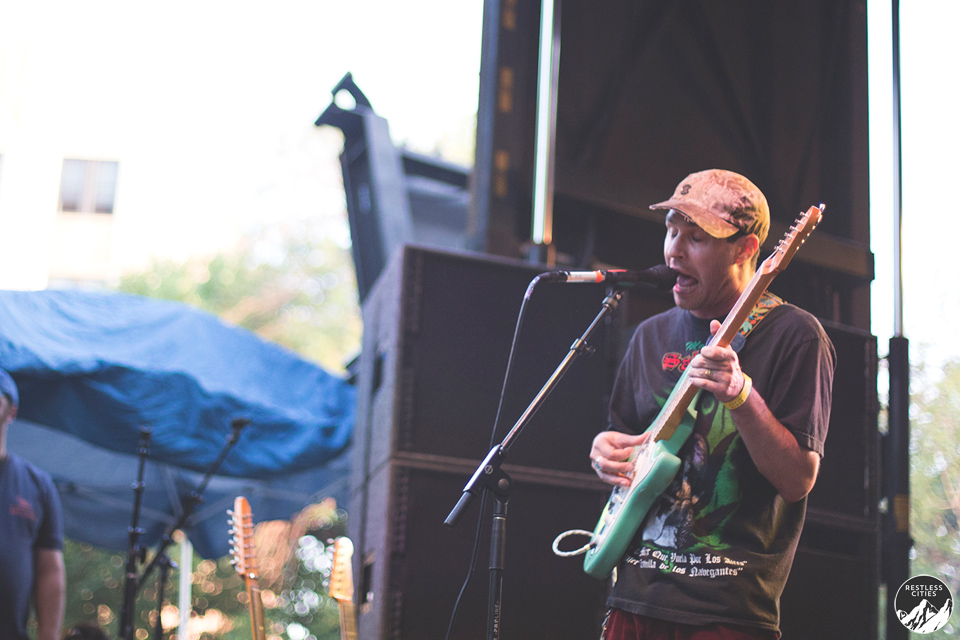 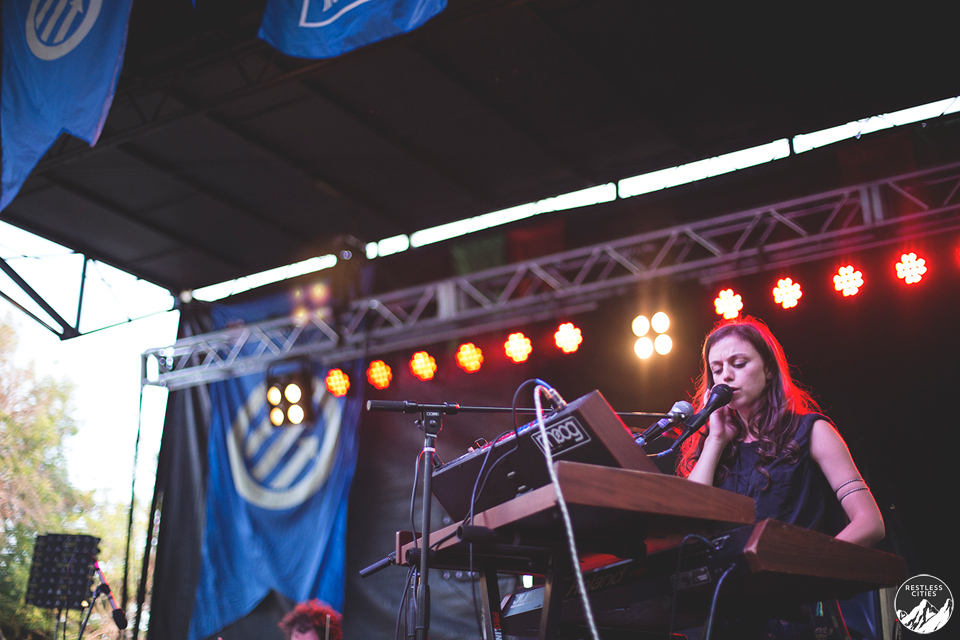 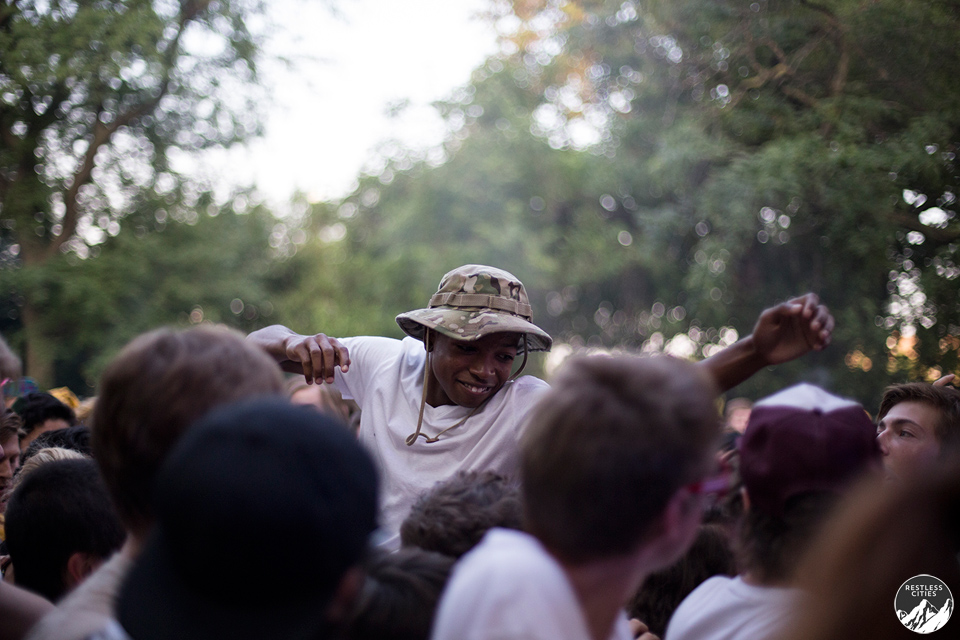 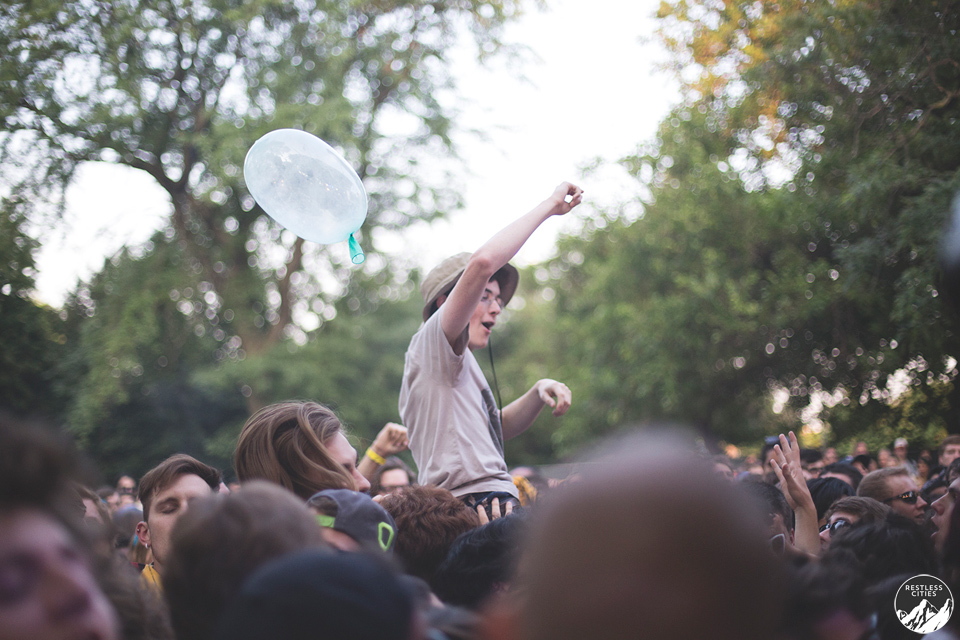 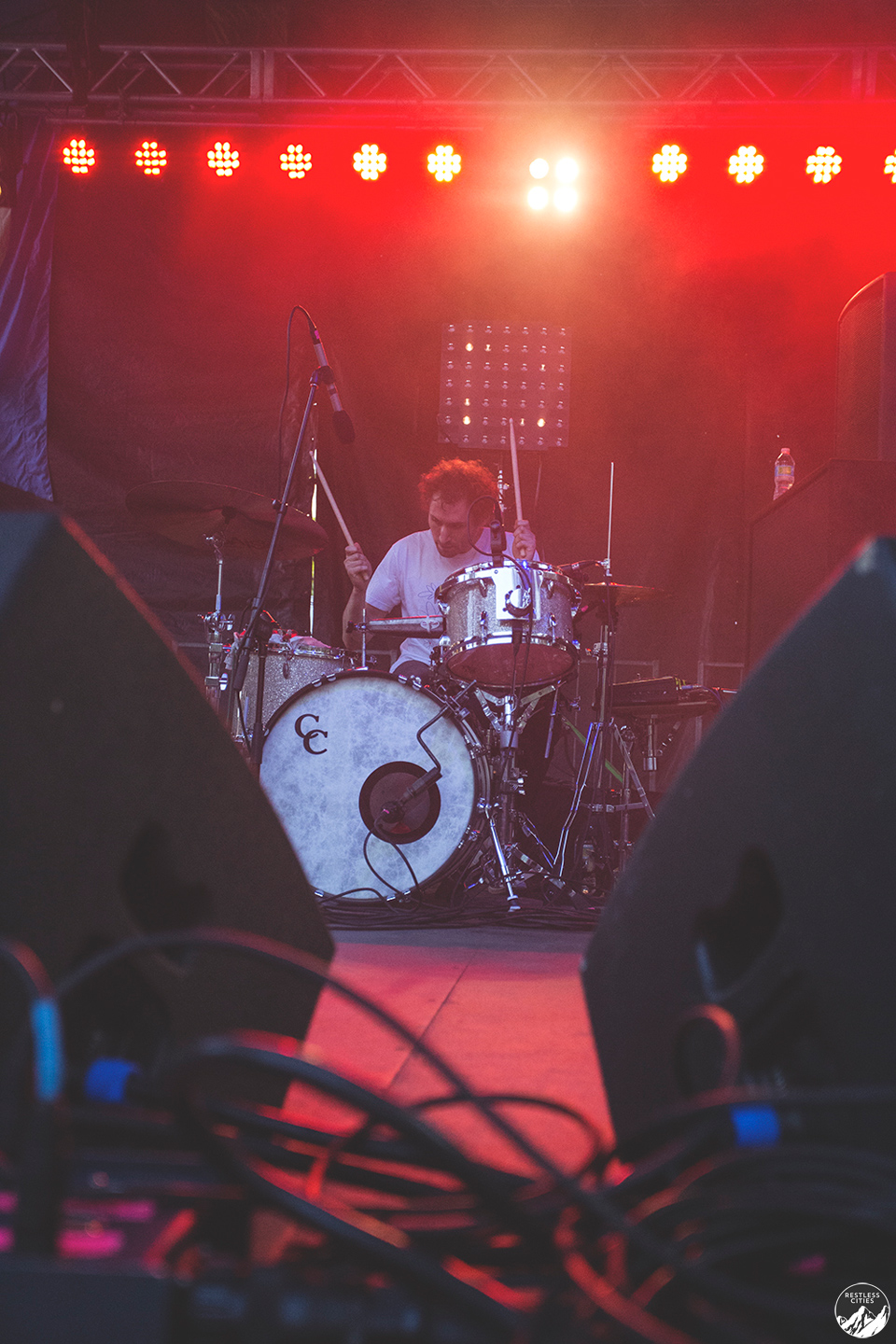 Standing alone on the stage with a laptop and a small mixer, Giorgio Moroder showed what it would be like if your pop-pop were to DJ a sweaty house party. Giorgio made ample use of his pointer fingers while queueing up songs, double-gun dancing, and conducting the crowd. Neon graphics and star wipes dominated the screens flanking the stage, bringing a disco feeling but bordering on excessive. It was hard to tell whether the crowd’s enthusiasm was earnest or ironic, but hits like Saturday Night Fever and Hot Stuff got everyone dancing.

While Pitchfork is typically seen as the place for cutting-edge music, Beck was undeniably the biggest act of a day dominated by nostalgia. And he delivered, sticking to tried-and-true hits that anyone who listened to rock radio in the 90’s would recognize. Beck is definitely a well-seasoned entertainer, alternately rapping, roping off the stage with crime scene tape before playing Sexx Laws, and almost madly chugging away at a harmonica at one point. 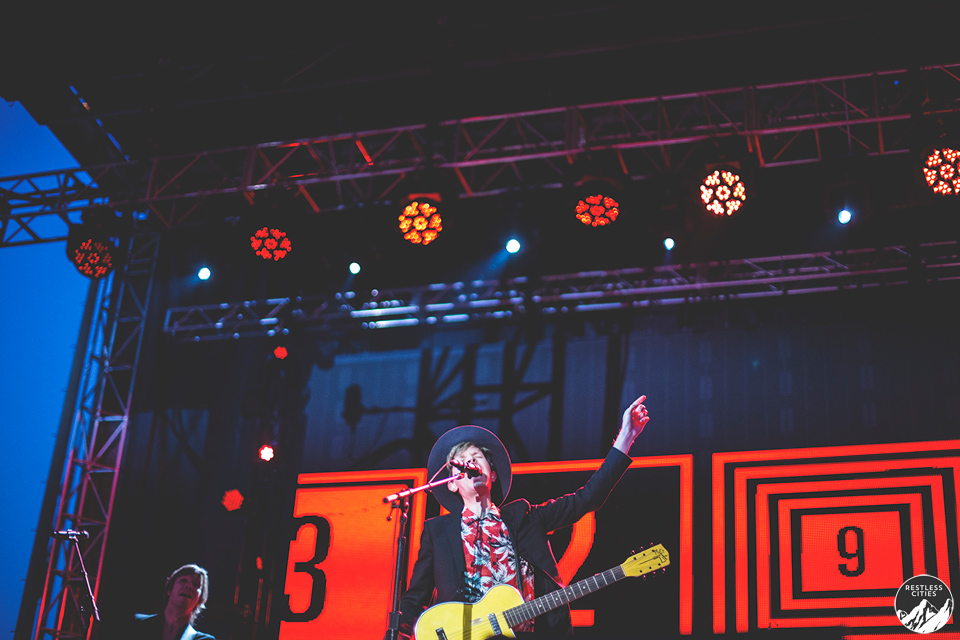 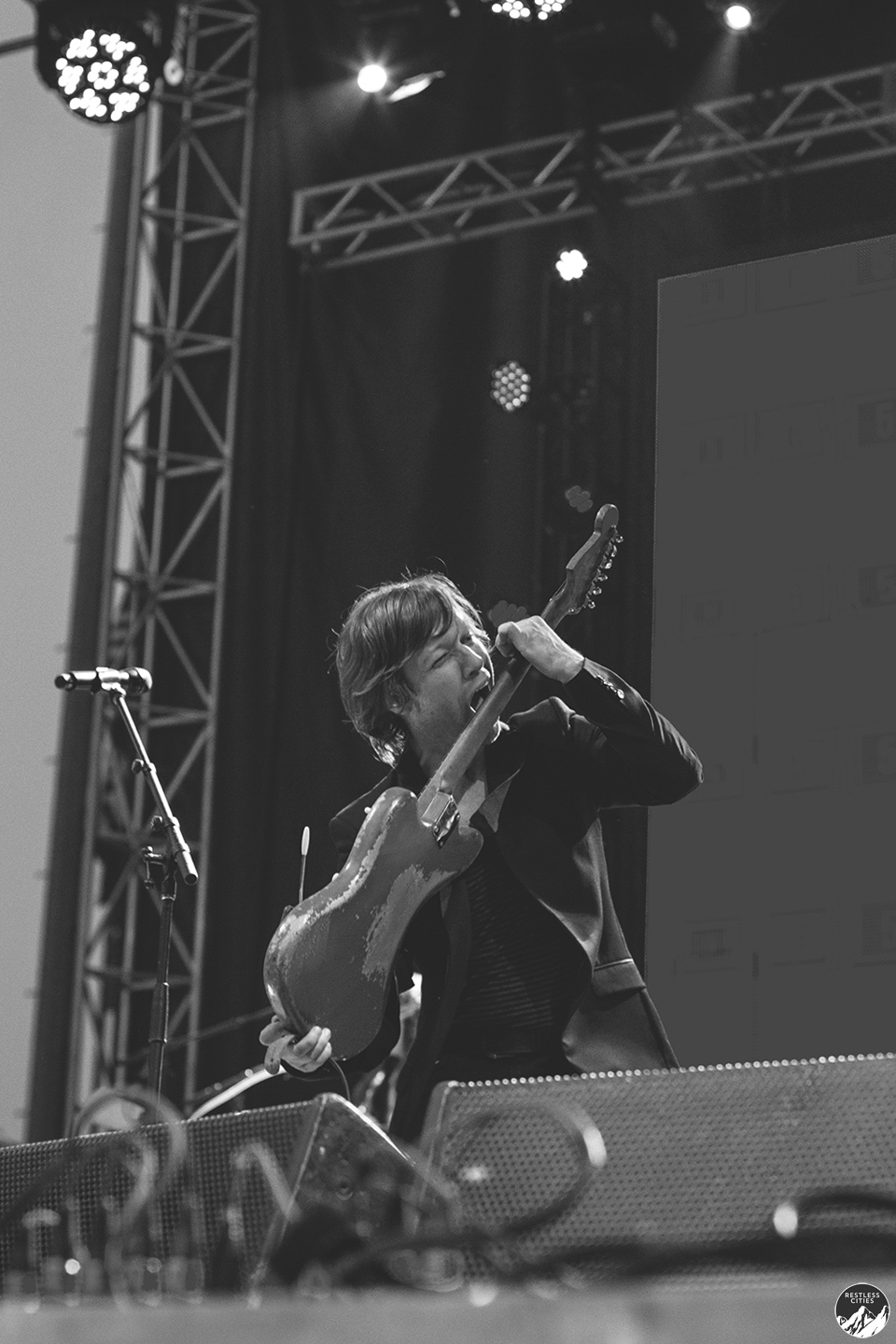 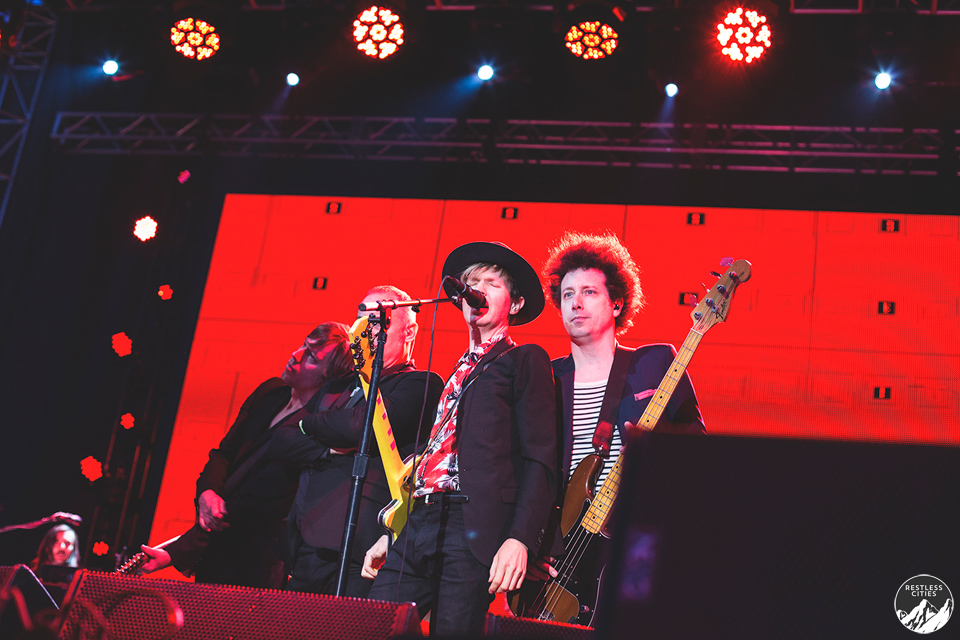 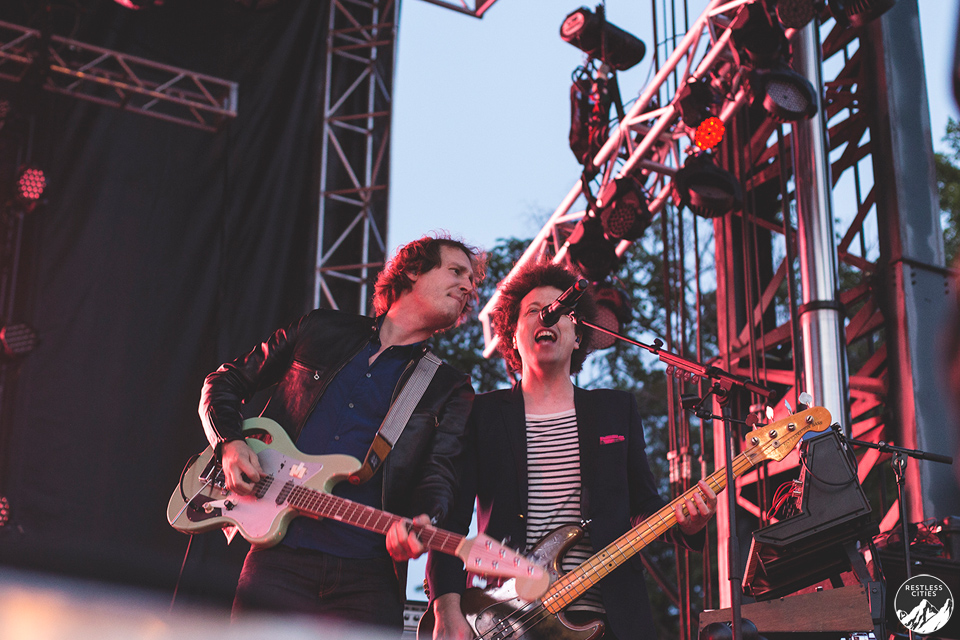 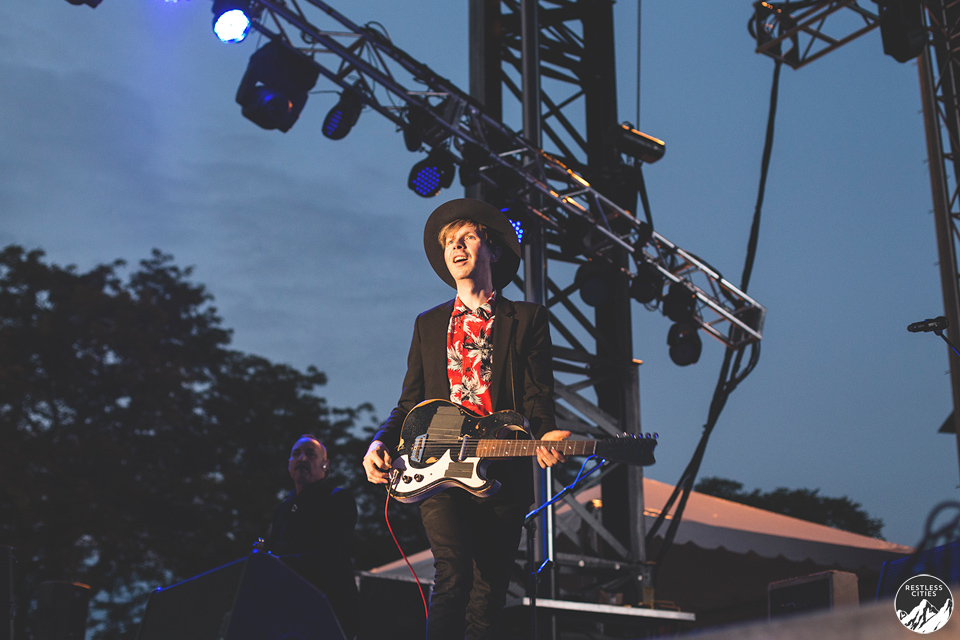 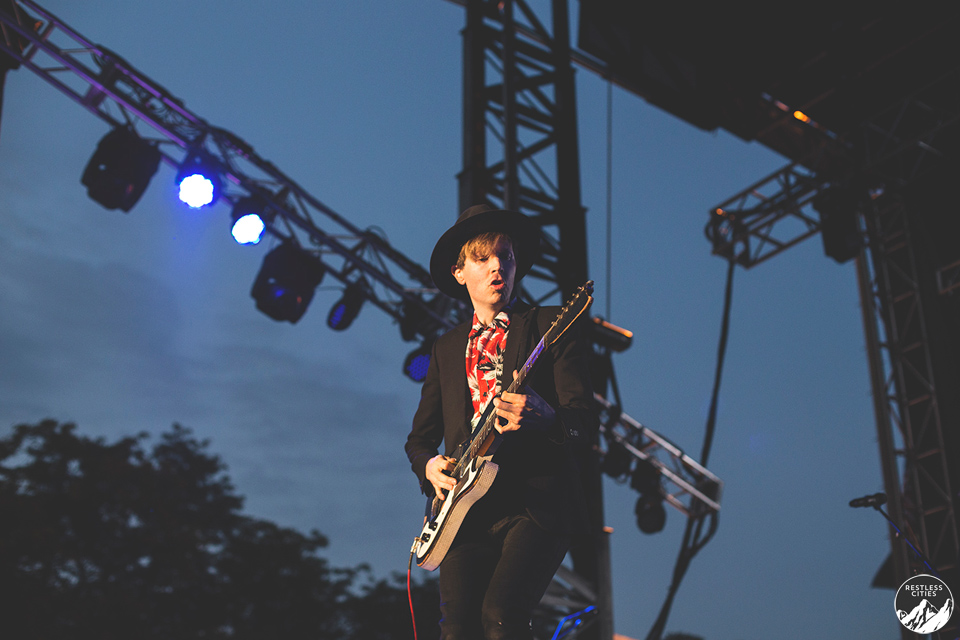 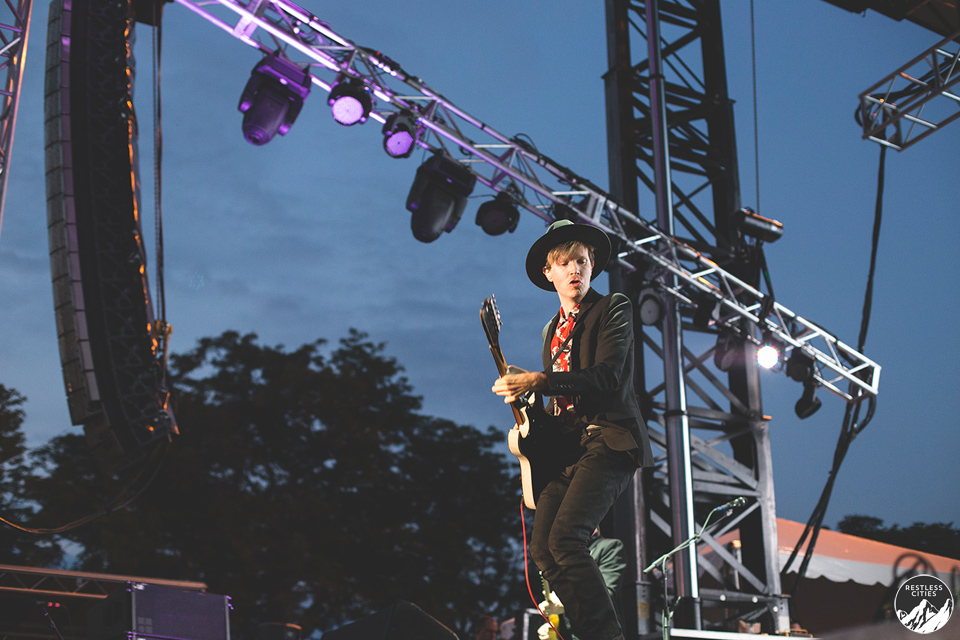 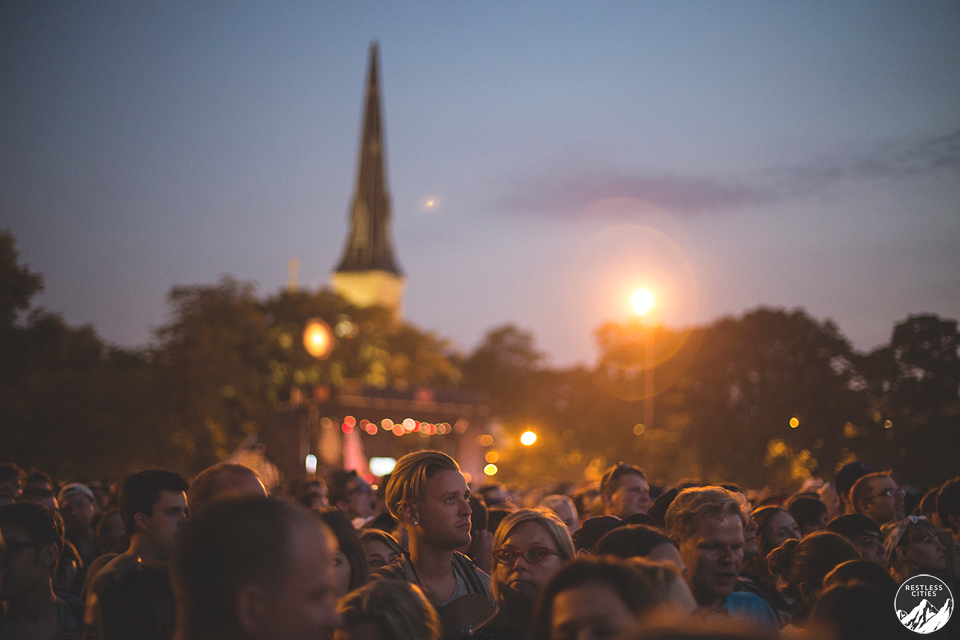 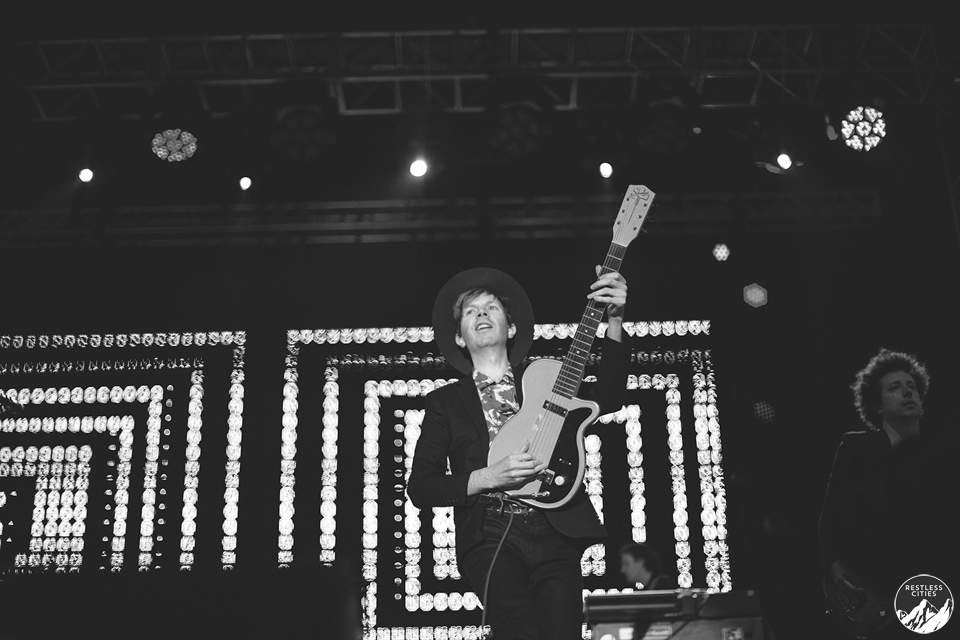 With a swagger that rivaled any big name act at Pitchfork this weekend, Neneh Cherry came out on the Green stage holding nothing back. With influences of 90’s R&B, along with some energetic and sometimes provocative moves on stage, Neneh Cherry and Rocketnumbernine captivated everyone in attendance. In my earnest opinion, she could even give Giorgio Moroder a run for his money on the dance floor. 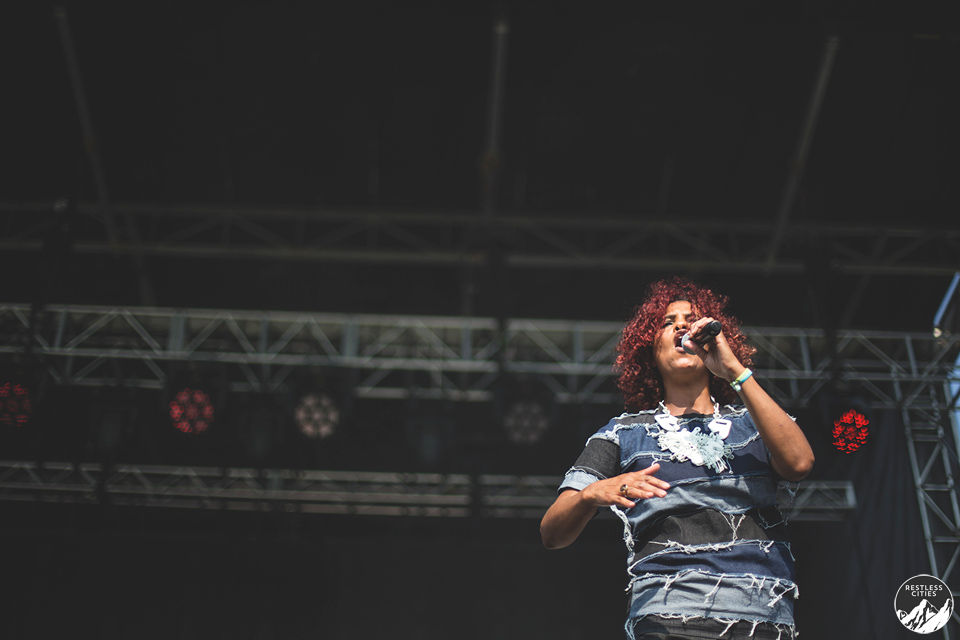 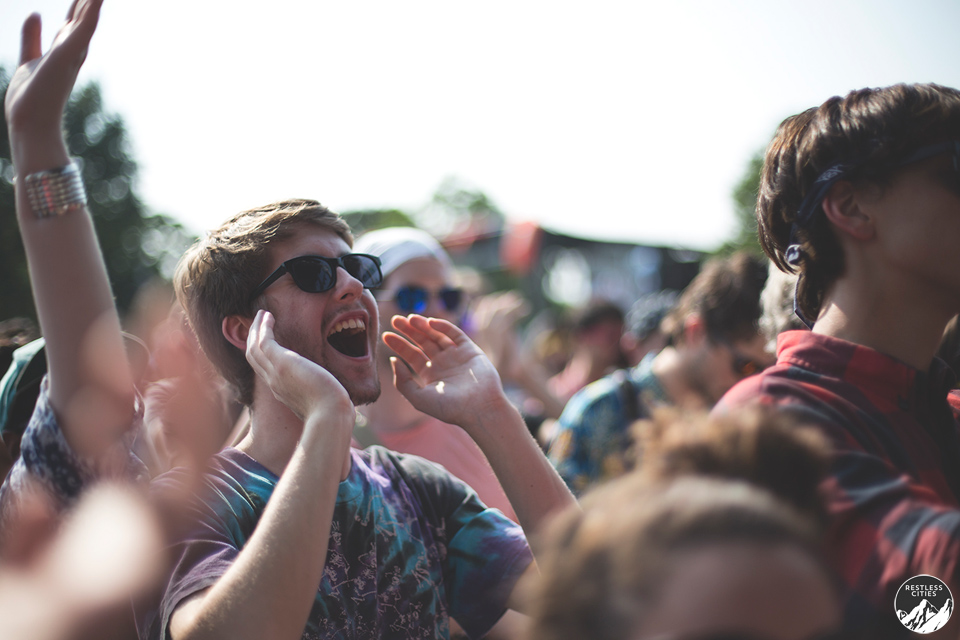 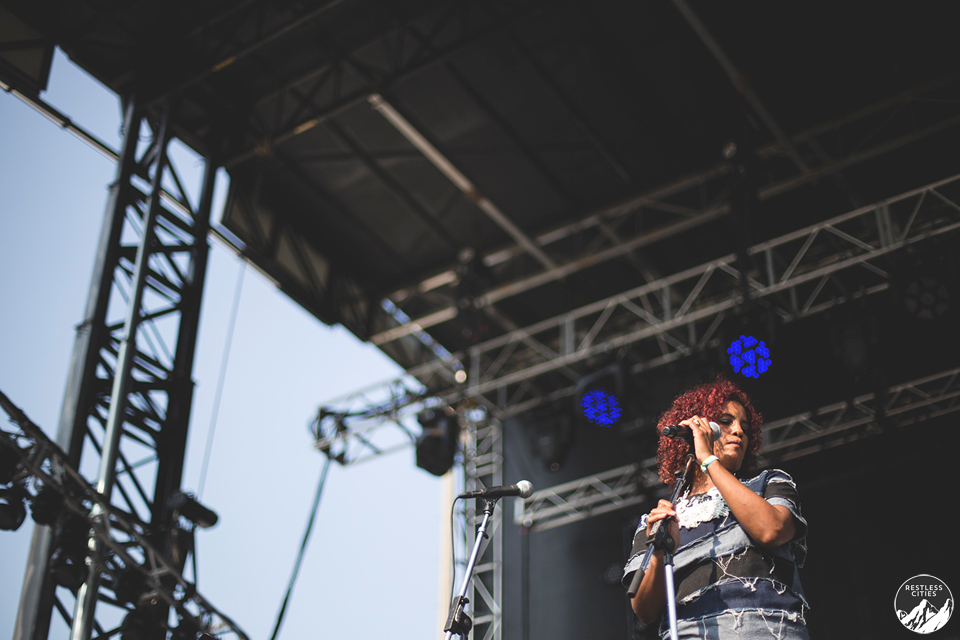 The only words that come to mind when remembering Hundred Waters set are encompassing, haunting and delicate. The odd pairing of flute alongside heavy synth samples and tender vocal melodies really caught most of us off guard, in a good way. With this being their first festival ever, HW has come a long way since I saw them last; opening for Plants and Animals at Schubas in 2012. 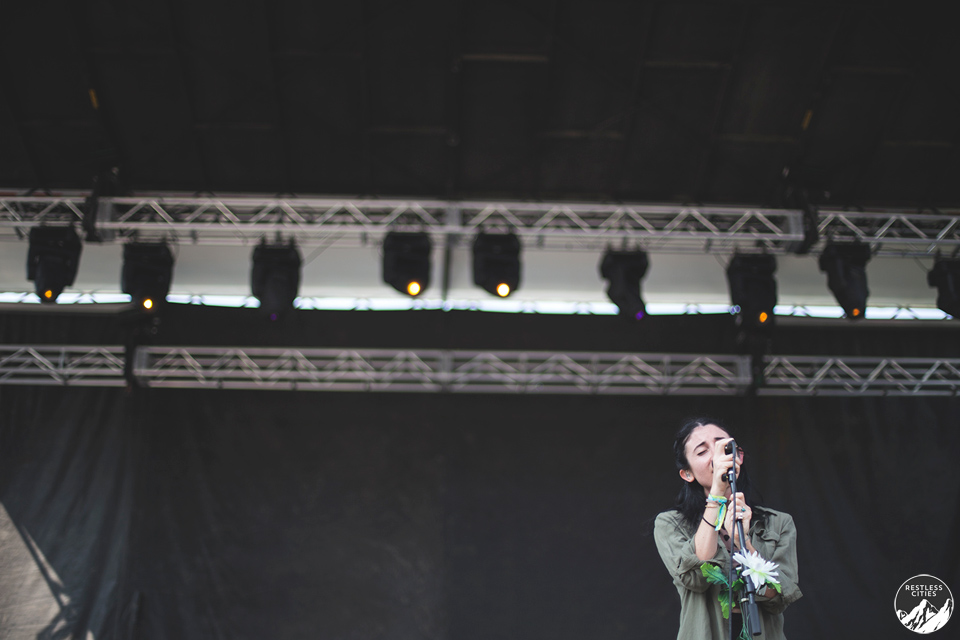 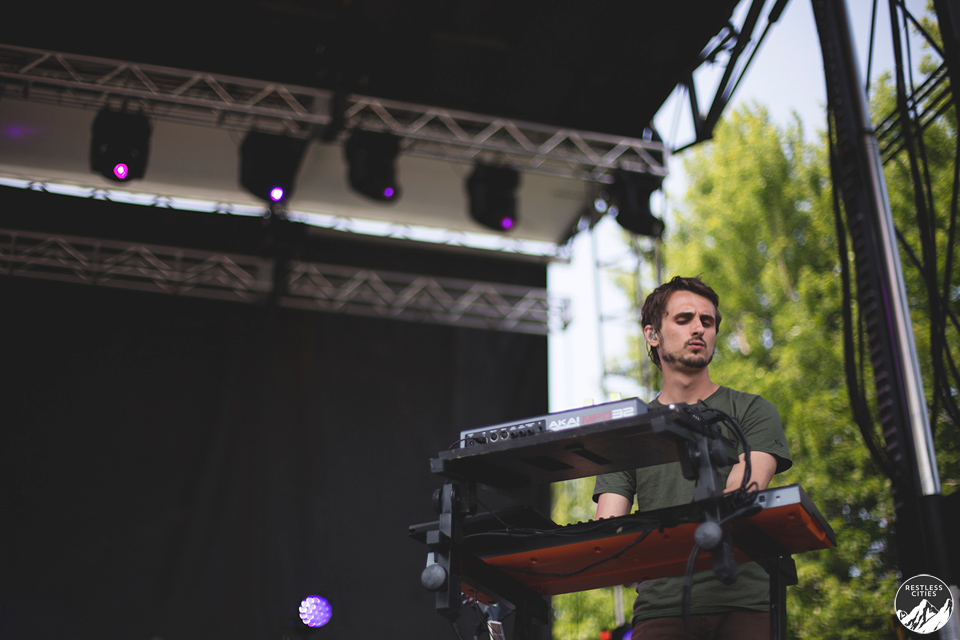 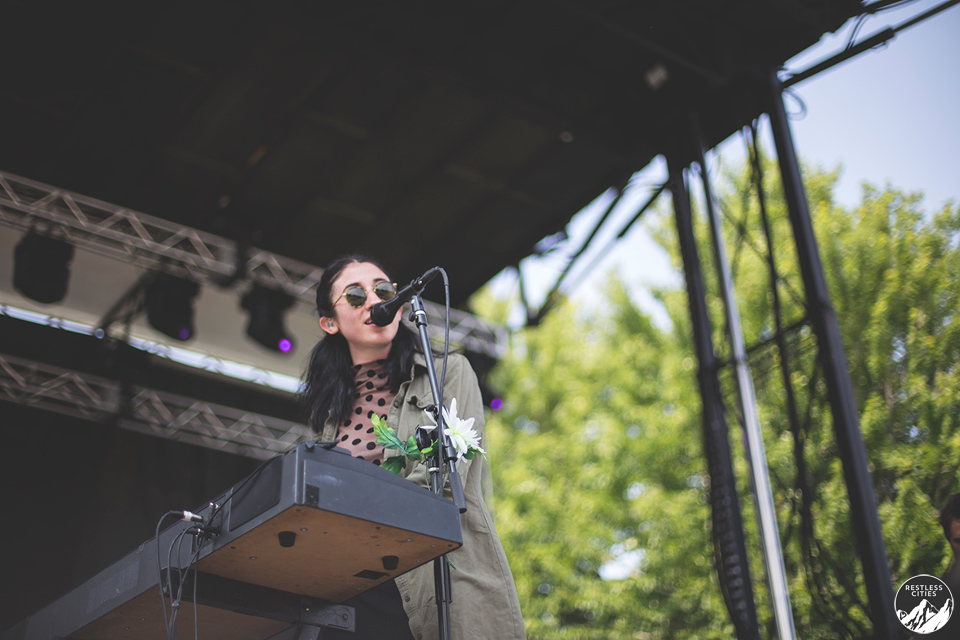 Sweet and quirky, Sharon Van Etten‘s stage show coupled with her soft and enthralling performance really set the tone for every other act this past weekend. Even though her sound and set up is very simple, it got the job done and exceeded expectations. 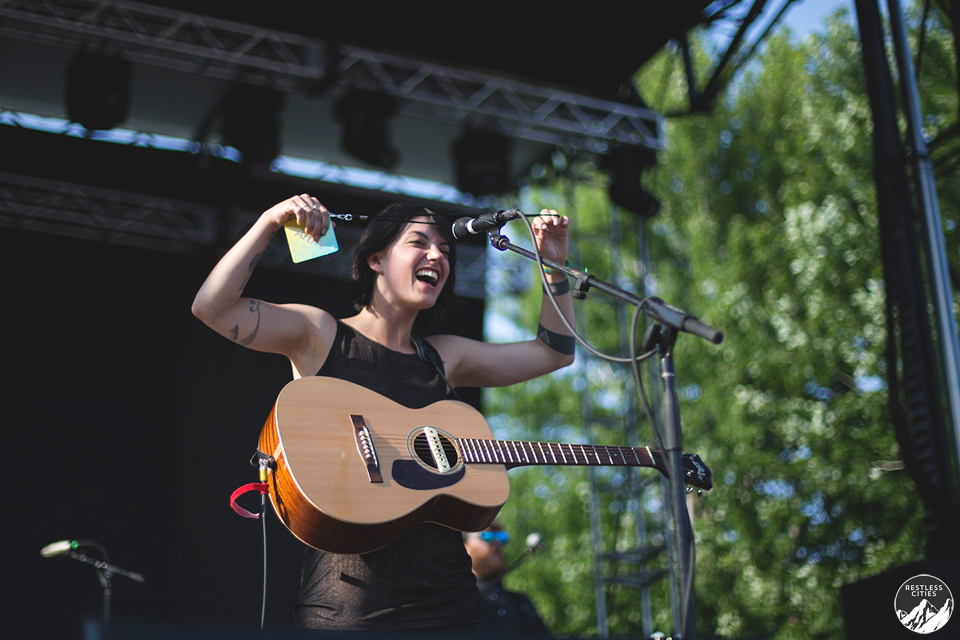 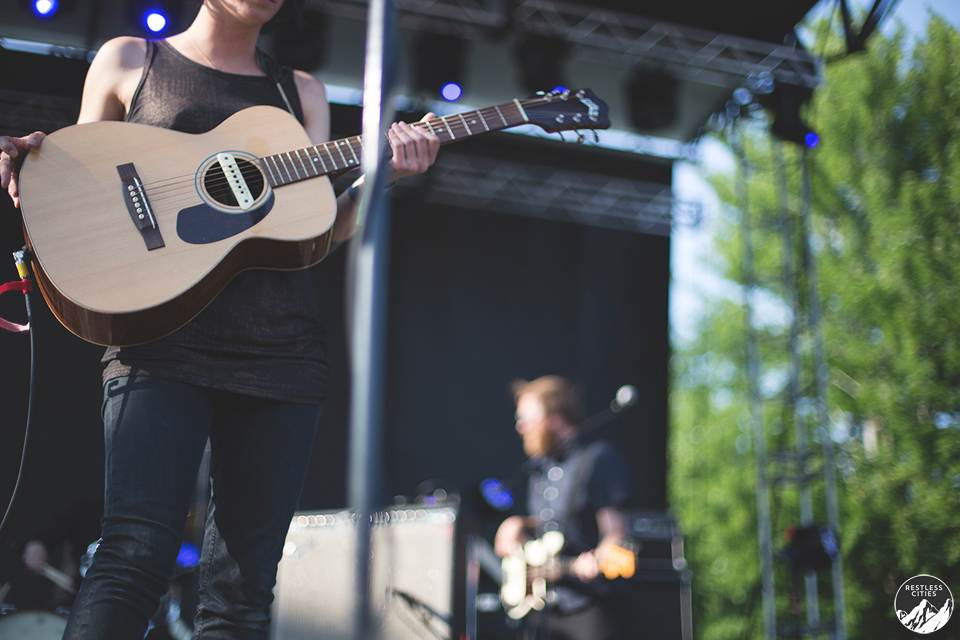 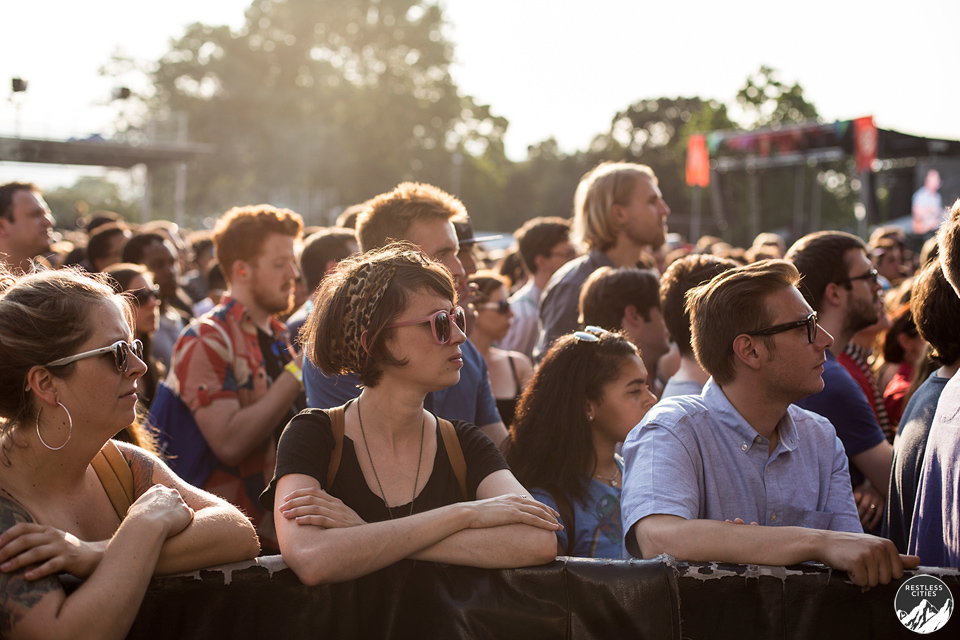 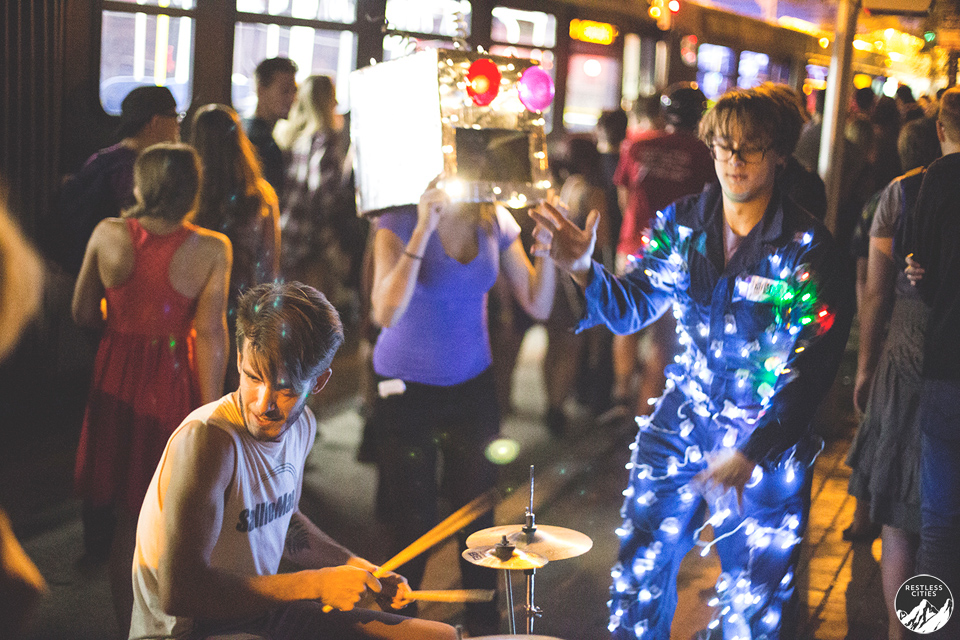