On Loop: "Alena" by Yumi Zouma 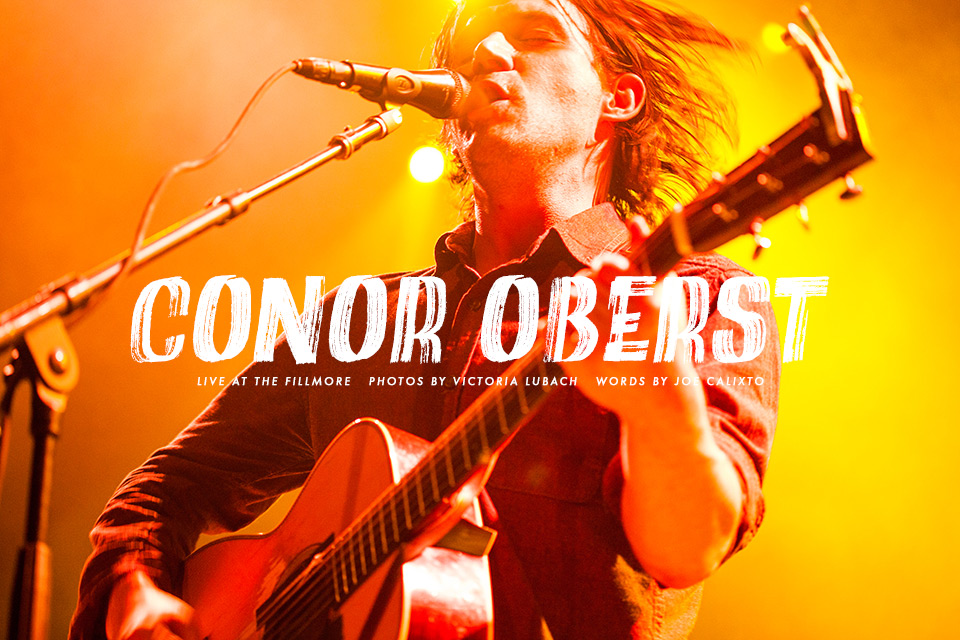 Fresh from playing San Francisco’s Hardly Strictly Bluegrass Festival the day before, one of Omaha, Nebraska’s not-so-best kept secrets, Conor Oberst played a more intimate show at the Fillmore. Known to have staged music’s most legendary acts like the Doors, Smashing Pumpkins, and Radiohead, there could not have been a better venue for this show.

Coming in to the venue, I saw that there was a good variety of people both young and old. It wasn’t a sold out show, probably because of the countless other shows around the city that night, but the presence of enthusiastic fans made it seem like it was beyond capacity. Opening the show was The Good Life. You really can’t go wrong with Tim Kasher’s charm and good looks, plus TGL’s great hooks. For a band that hasn’t been in the circuit for a while, they sure knew how to break the ice.

He was followed by Jonathan Wilson who brought a touch of soul that night. The band played seven-minute long songs and his soulful guitar licks kept the crowd in ecstasy. A little fun fact: Jonathan Wilson also co-produced Conor Oberst’s latest release Upside Down Mountain.

After a perfect build up from the openers, Conor Oberst slowly walked center stage together with his five-piece band including the multi-talented Nate Walcott. Oberst started his set with his single “Hundreds of Ways” from his latest record that came out May of this year. Setting the mood right, he followed it up with “Sausalito,” a personal favorite of mine and very fitting for the location. Through out the set, there was a good mix of Bright Eyes and Conor Oberst songs which was definitely to the liking of the crowd. He ended his set with a very mellow and intimate performance of the song Common Knowledge.

Everyone knows that it’s not a Conor Oberst show without an amazing encore. So after thanking the crowd, he called upon a couple of friends of his, Gillian Welch and Dave Rawlings, who had played earlier in the day at the Hardly Strictly Bluegrass Festival with the Dave Rawlings Machine. After a few minutes of technical difficulties and adjustments, Nate Walcott started “Lua” with a very subtle trumpet solo, which lead to the best sing-a-long moments of the night. Oberst, who is proclaimed to be the reigning ‘prince of emo’ and also a monster of folk, passionately sang the every line while adding a few changes to the classic tune. Rawlings played his parts like he’s been playing the song all his life, and when Welch took the mic for the last verse, the crowd went nuts! For something that was improvised, it turned out to be one of the best moments of the night.

It was past midnight already and still the crowd remained enthusiastic and full of energy. Oberst called his backing band back on stage, including Wilson, Welch and Rawlings, the rest of the JW Band, The Good Life and the Felice Brothers (who was just there to hang out). The stage was jammed packed with great musicians and a lot of tamborines.

He told the crowd about how the next song was by one of his all time favorite artists whom he was going to be playing with the next day. It was John Prine’s song called “Pretty Good”. After the song as everyone slowly left the stage, Oberst jokingly yelled at them and told everyone they were not going anywhere. Now at this point, it was already pretty much the latest show I’ve ever been to and I still didn’t see any signs of tiredness from the crowd. Oberst and his band went on to play “Another Travelin’ Song'” and set the stage presence level to party. Everyone was singing along, throwing fists in the air, clapping and I am pretty sure there was a small mosh pit somewhere up front. Oberst was feeling it as he jumped on the bass drum playing his guitar, then knocked off the boom mic and cymbals before he jumped right off. He smiled to his peers on stage knowing fully well that he had just thrown one of the best shows ever. 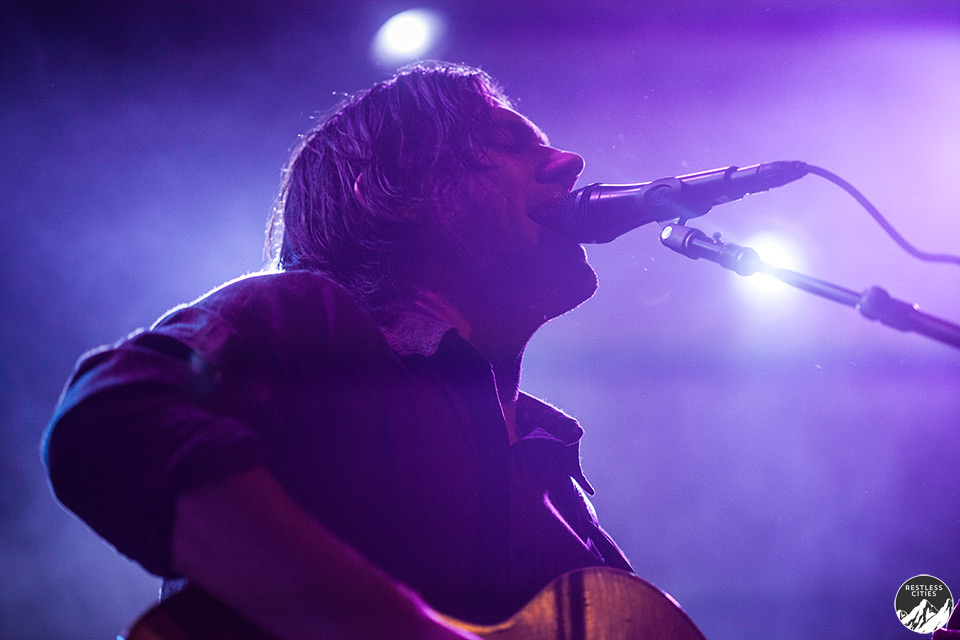 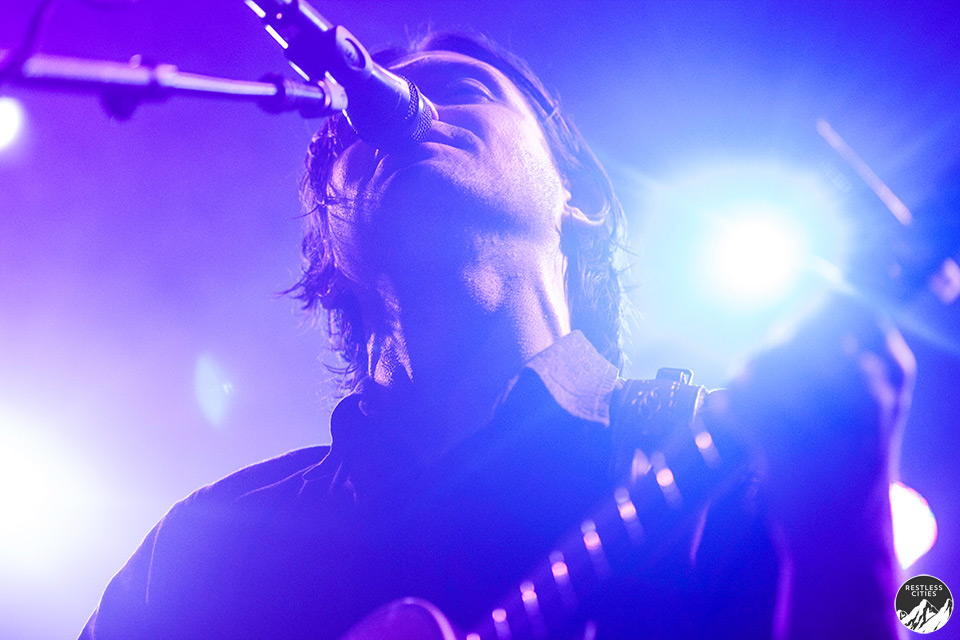 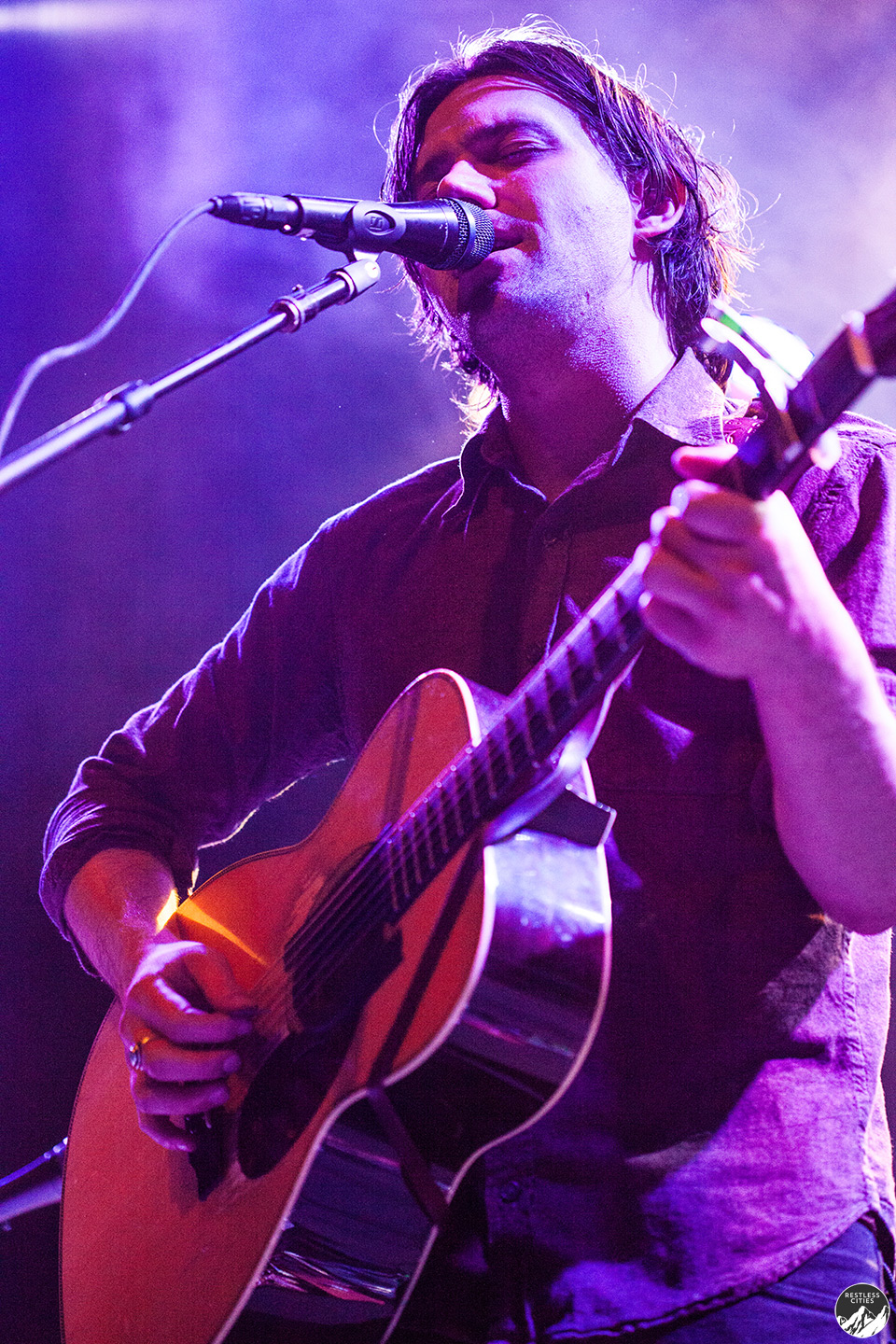 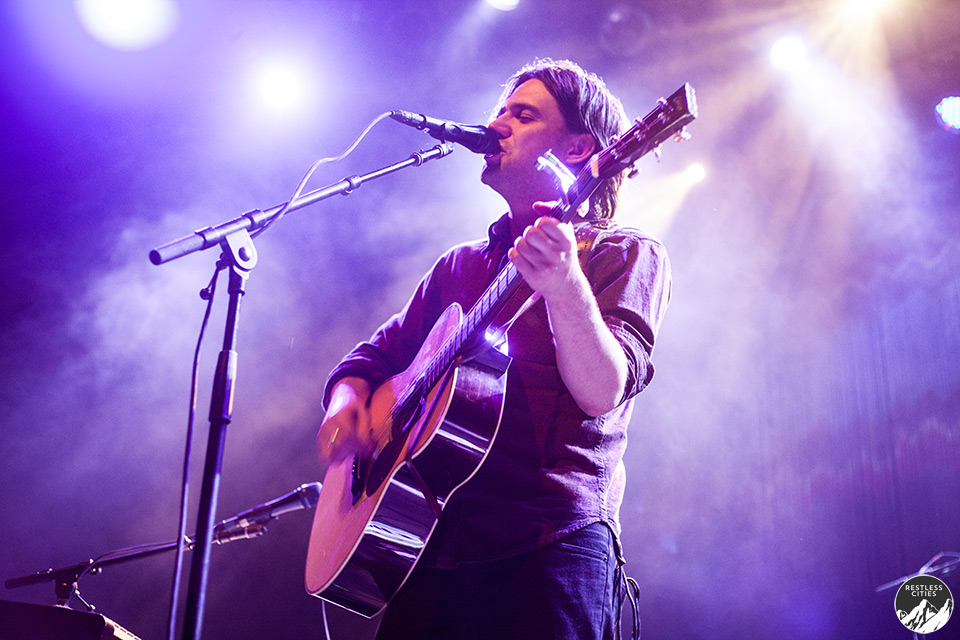 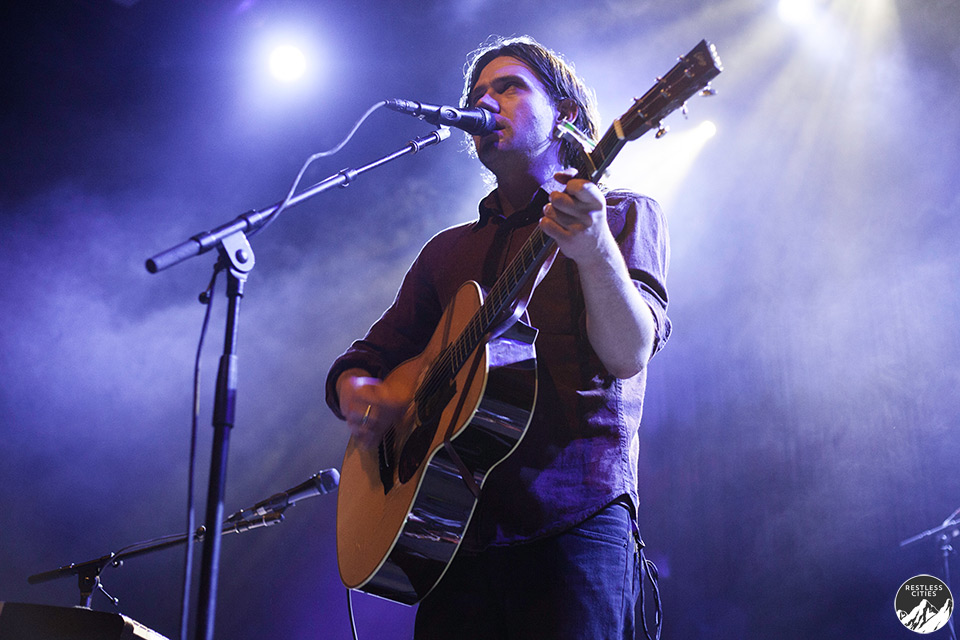 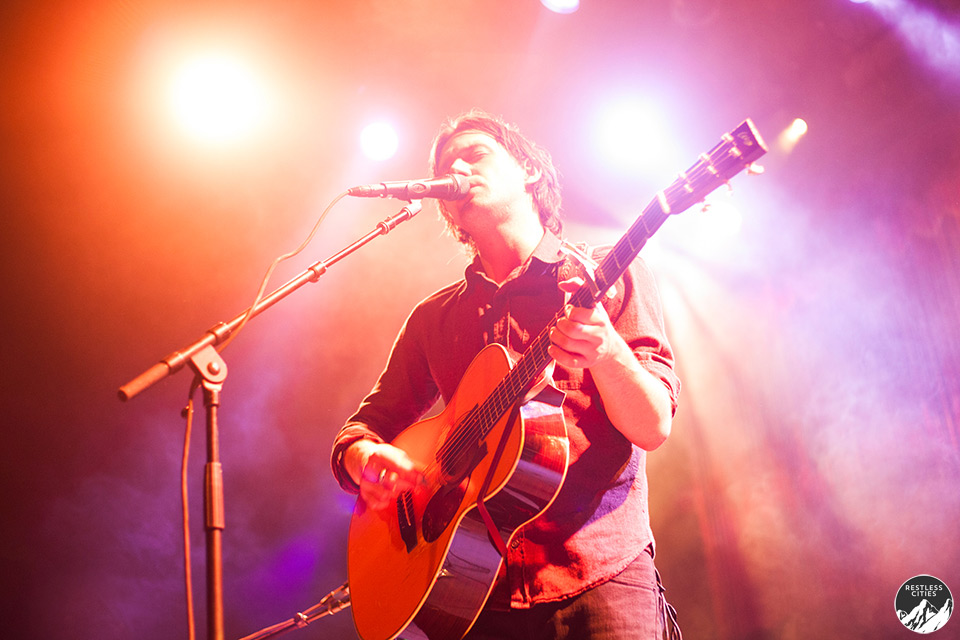 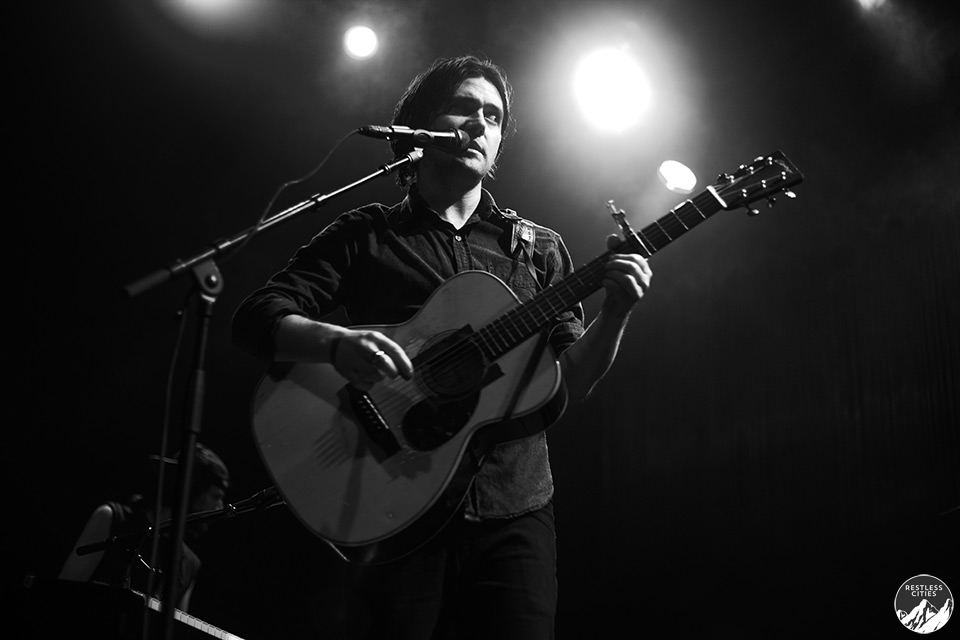 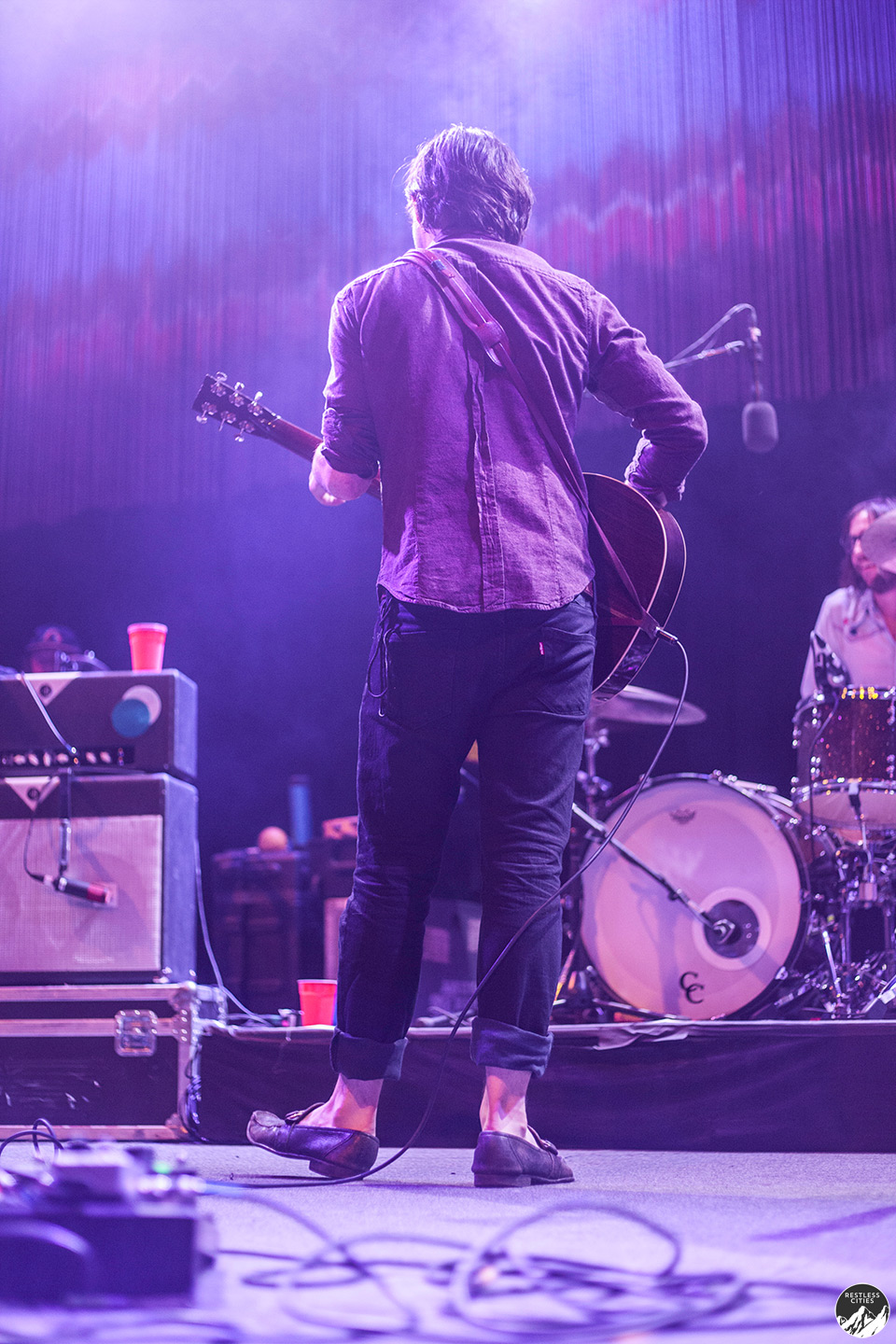 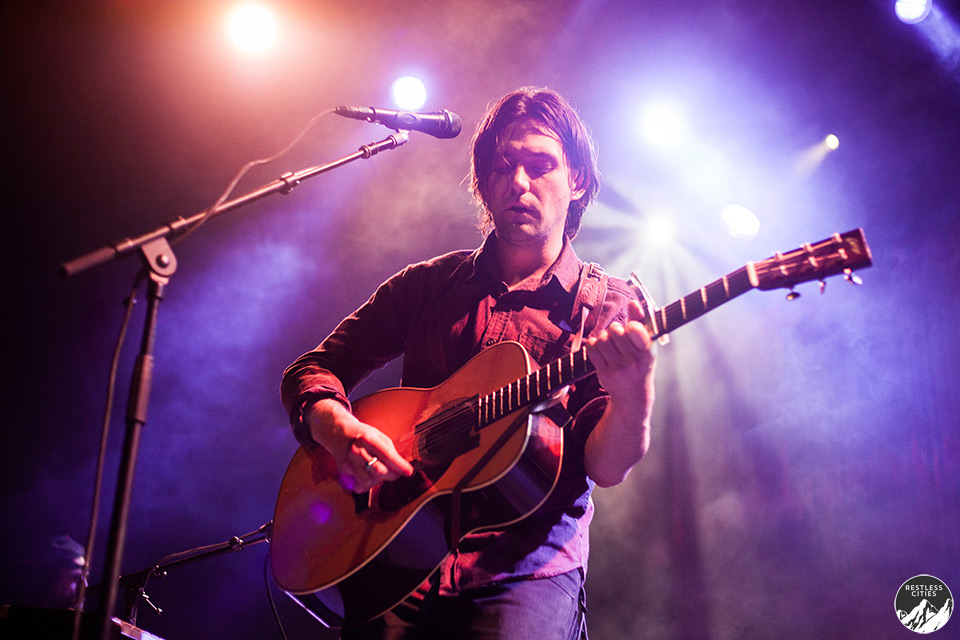 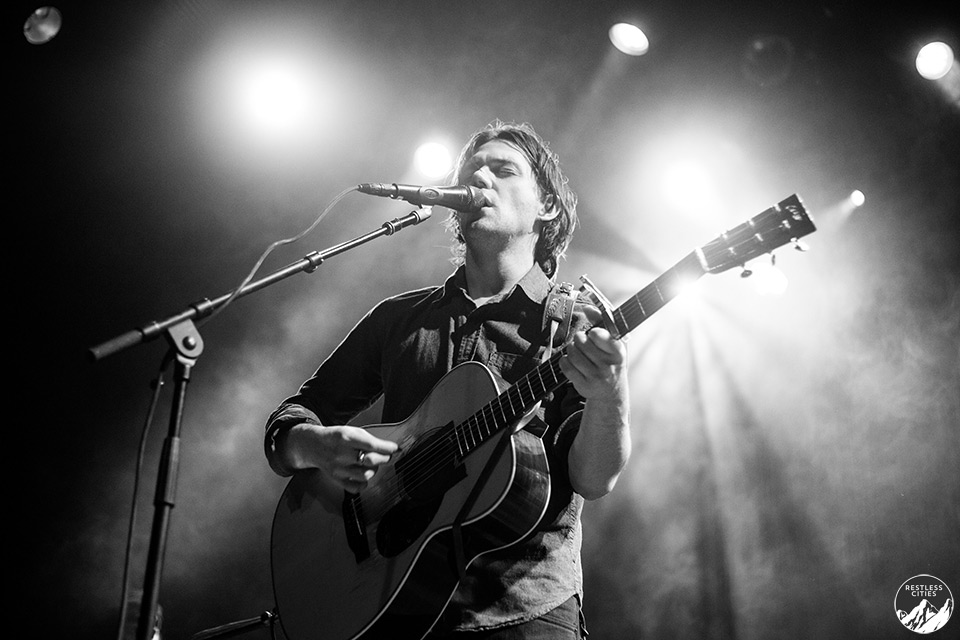 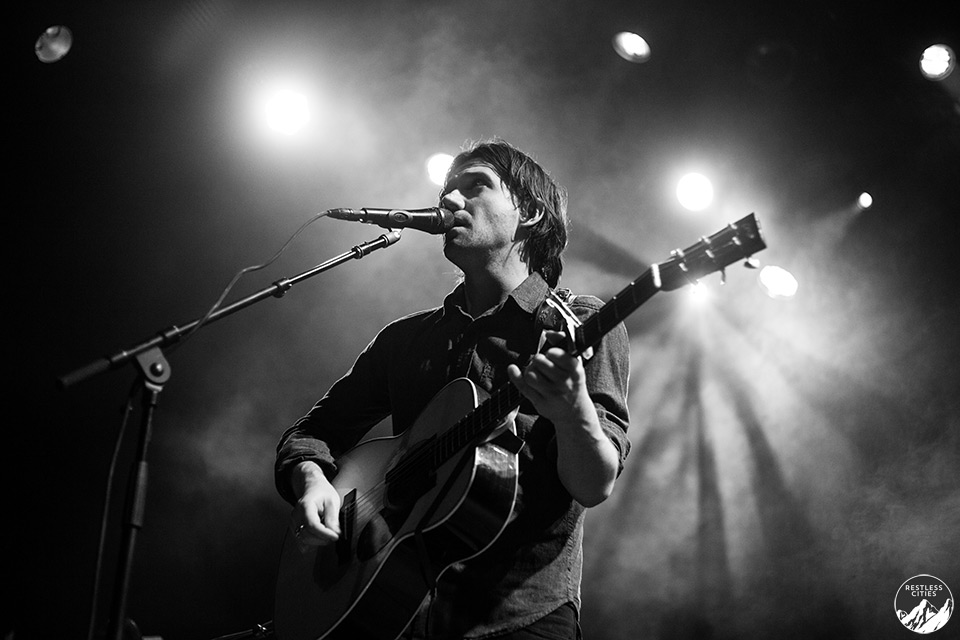 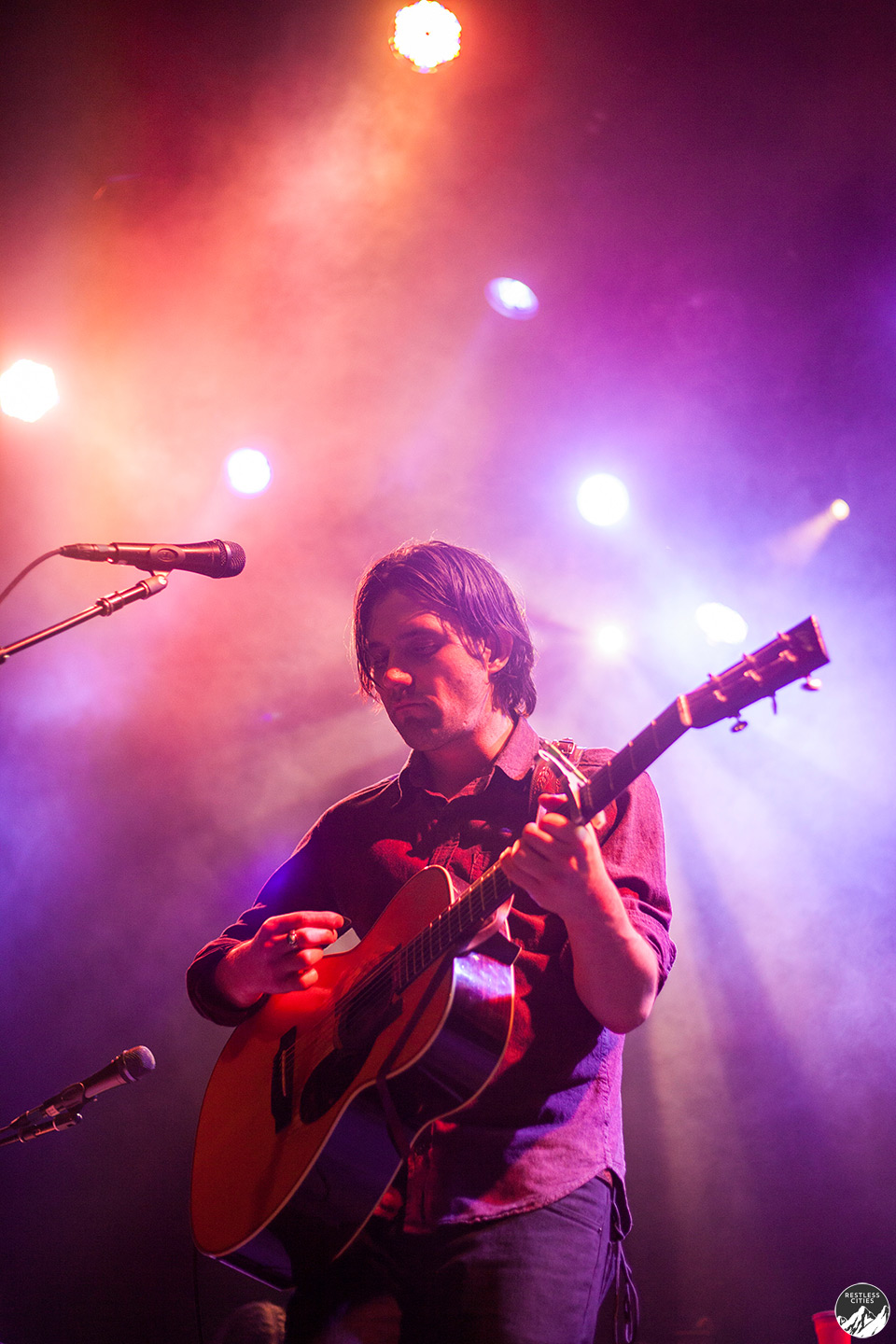 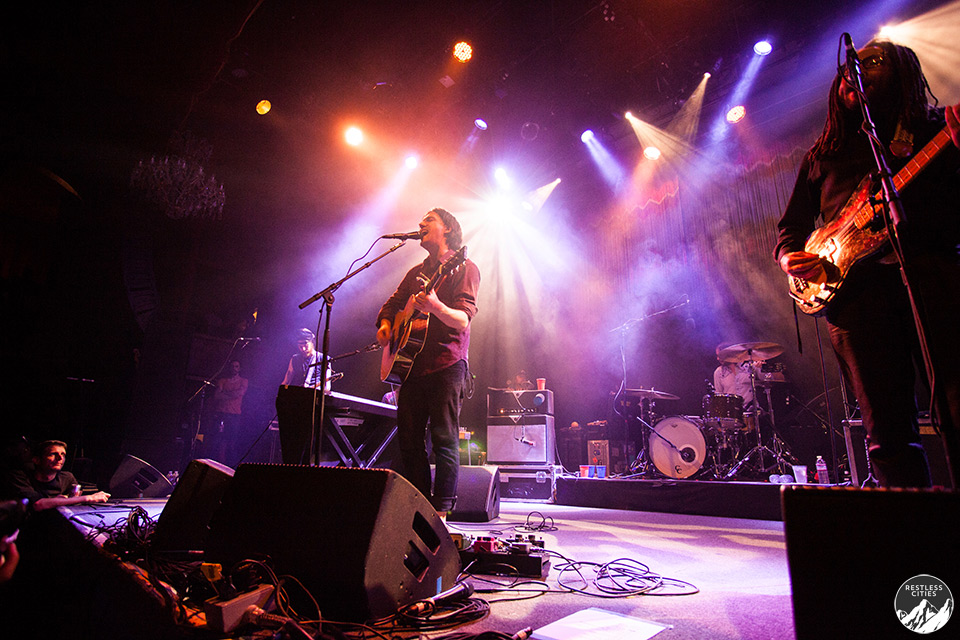 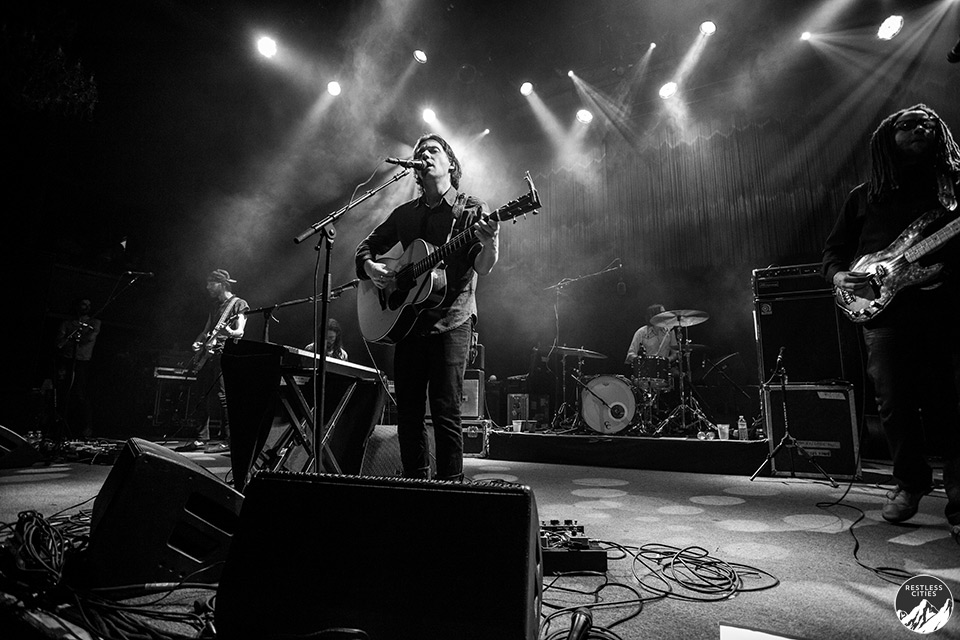 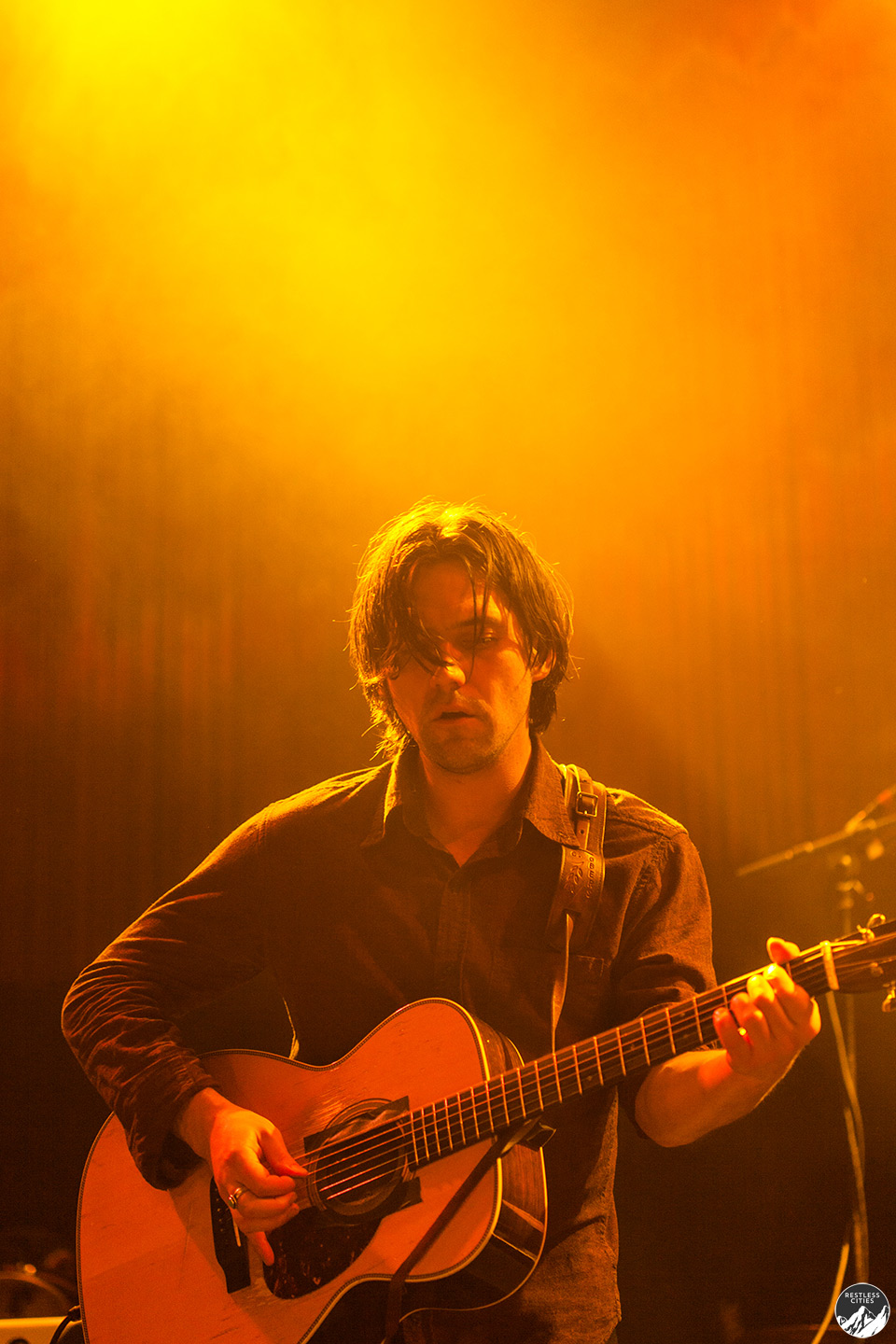 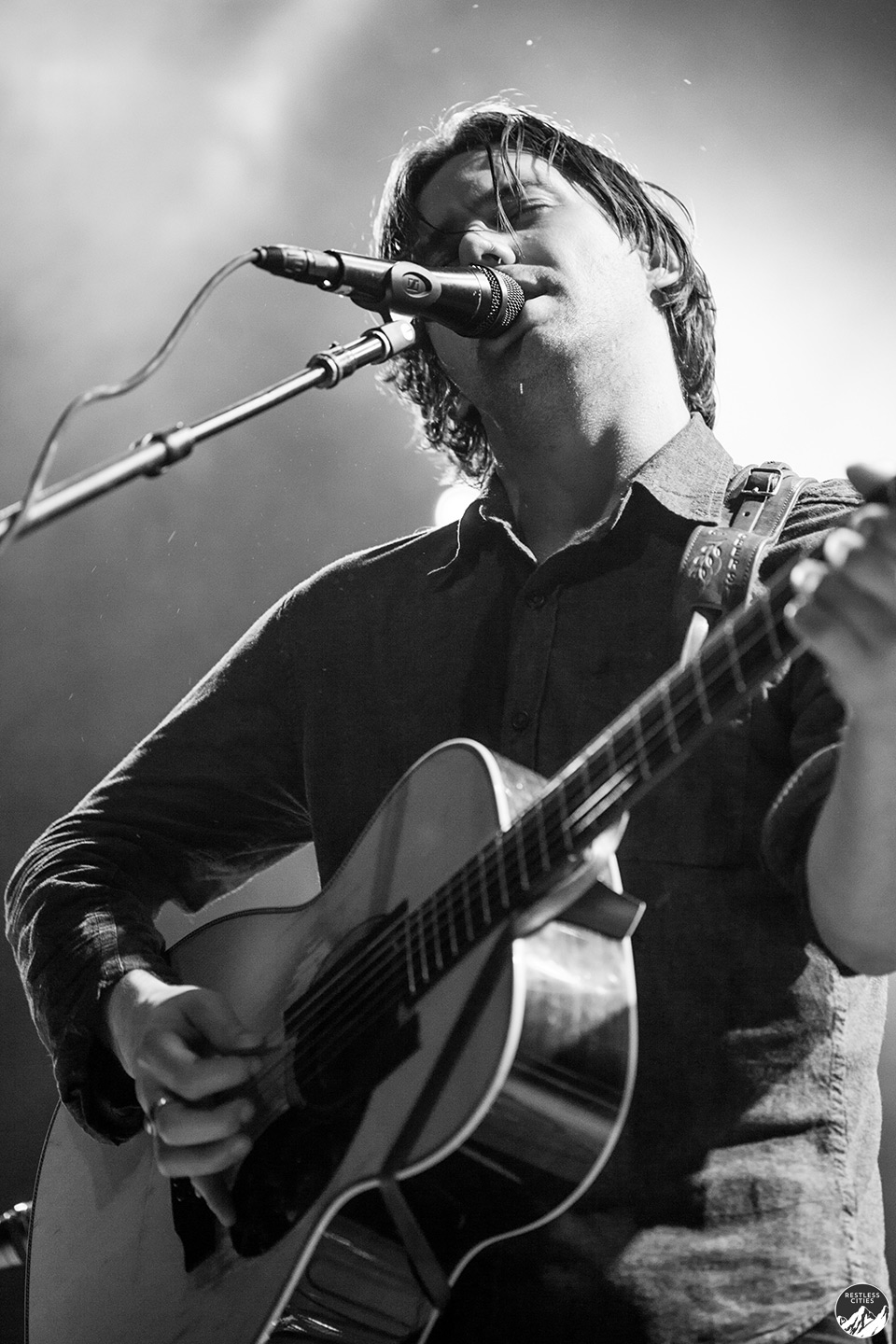 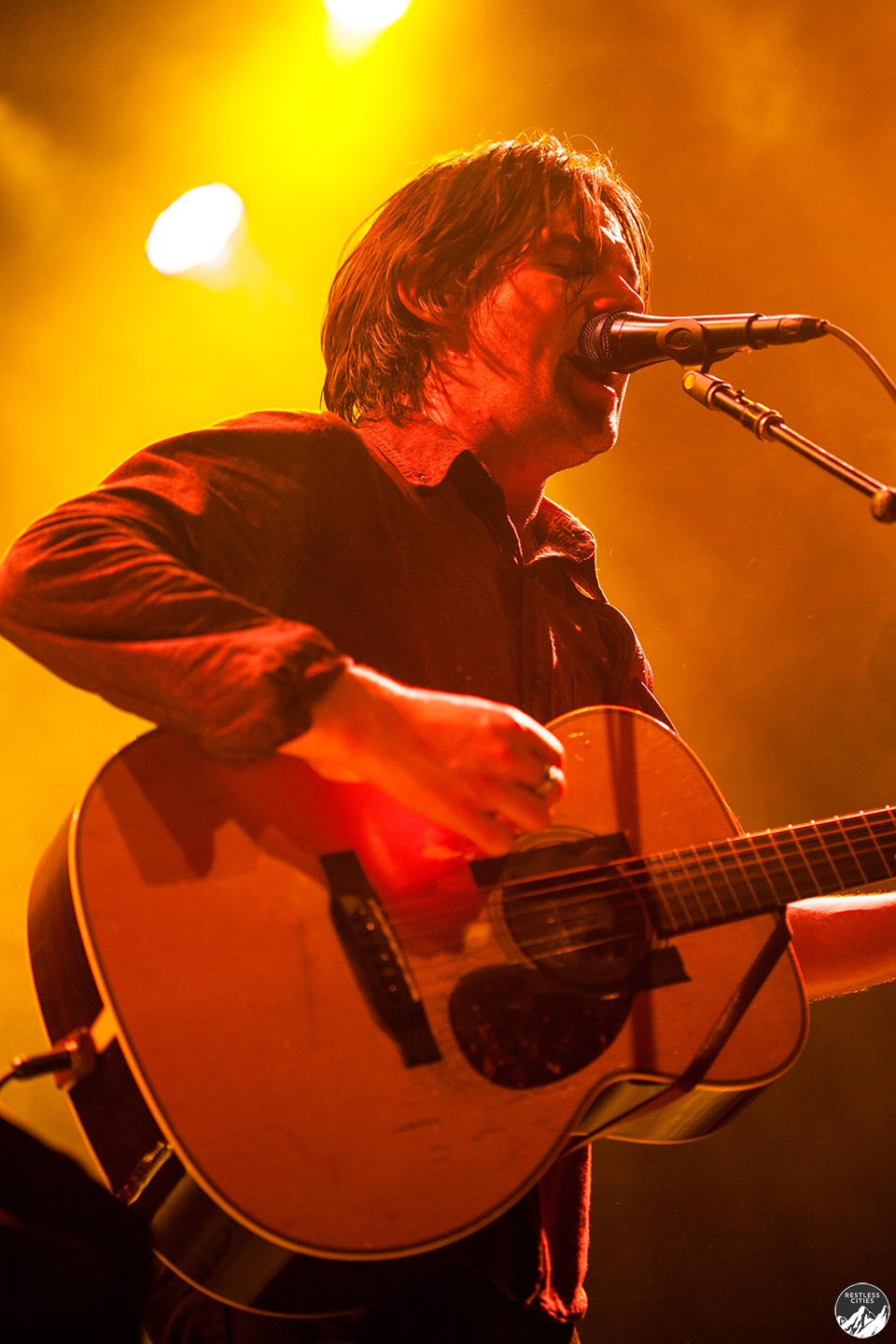