Live Review: The Presets, Le1f, Antwon and Chela a... 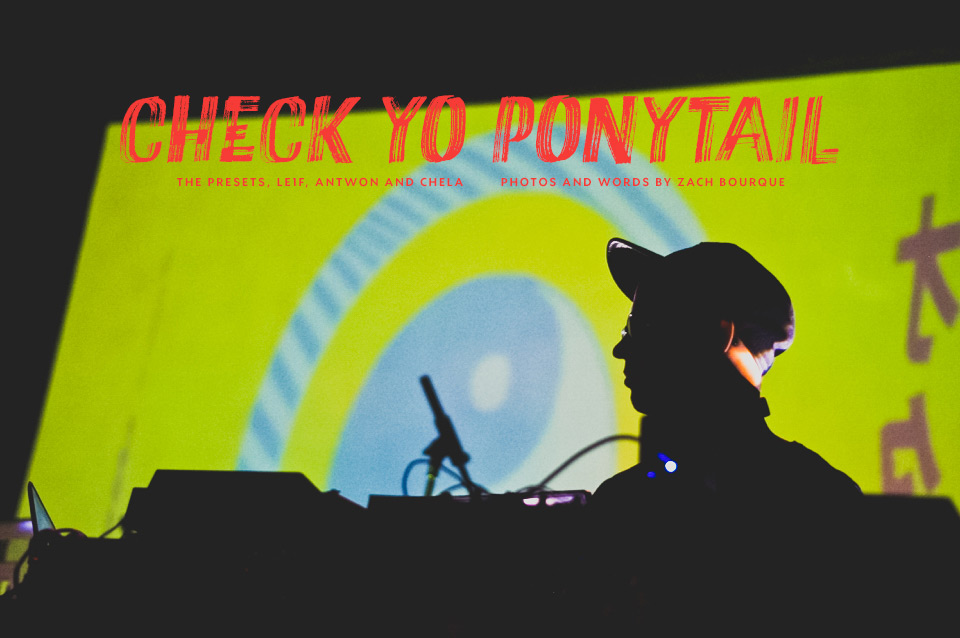 Downtown LA’s spanking new Regent Theater welcomed a stacked list of performers Saturday November 15th as part of the 2014 Check Yo Ponytail tour. Headlined by Australia’s The Presets, the tour also welcomed a veritable cornucopia of talent with a heavy emphasis on alternative hip hop. With support by Le1f, Antwon and Chela as well as opening DJ duties from Franki Chan the lineup there was nary a size, color or gender underrepresented.

The Regent itself might have been the best newcomer of the night. Deceptively small in size, the theater opens up into a huge space inside, with a second floor viewing area/bar that became the prime viewing area for The Presets stellar live setup. The adjoined Prufrock pizzeria made for a quick dinner in a pinch and the two bars kept everyone hydrated.

Despite a crowded floor, the venue can bridge a nice size gap between a smaller venue like the Troubadour and a larger one like The Wiltern (when the Fonda was unavailable) Add a prime location in DTLA with plenty to get into before or after the event and you’ve got a recipe for success.

IHEARTCOMIX / Check Yo Ponytail owner and all around renaissance man Franki Chan started things off early in the night with a solid, if not overwhelmingly noteworthy DJ set.

Chela, a female singer hailing from Australia charmed almost immediately with boundless energy and catchy pop that sounded equal parts Robyn and Twin Shadow. A trained dancer, she had the moves to back her sound and generally seemed to be having a ball on stage.

With a twisted, complex logo, third up Antwon looked more Swedish black metal than stoner hip hop. Thankfully this was not the case. His large presence and laid back flow recalls a certain B.I.G. but varied production makes things much more interesting than that. With dark, introspect lyrics laid over sunny retro beats, his music was at times clashing but it somehow worked.

The theater floor became a sardine can by 11 and an exuberant set from L31f was sure to keep everyone friendly. Mixing booty thumping trap and quick, machine gun delivery, the openly gay rapper has an unbelievable presence on stage, made all the more transfixing by his neon green Peter Pan rivaling knee high socks.

Australian live electronic duo The Presets hit the stage close to midnight amidst a hyped new visual setup engineered by the guy behind the Daft Punk pyramid. For whatever reason, the setup didn’t appear to be working 100% early on, though the views from the upstairs balcony revealed later that it was indeed working and working well.

Very much falling into the un-EDM category of electronic, the duo consisting of Julian Hamilton and Kim Moyes actually play music live with various instruments on stage including no shortage of drums and keyboards and, of course, the iconic vocals of Julian Hamilton.

Various chorus singalongs punctuated the beats and most in attendance seemed familiar with their work.

LA certainly has no shortage of music venues but the newly redone Regent has quickly made a name for itself. While there’s definitely some fine tuning to be done, we’re looking forward to seeing what they have in store for 2015. 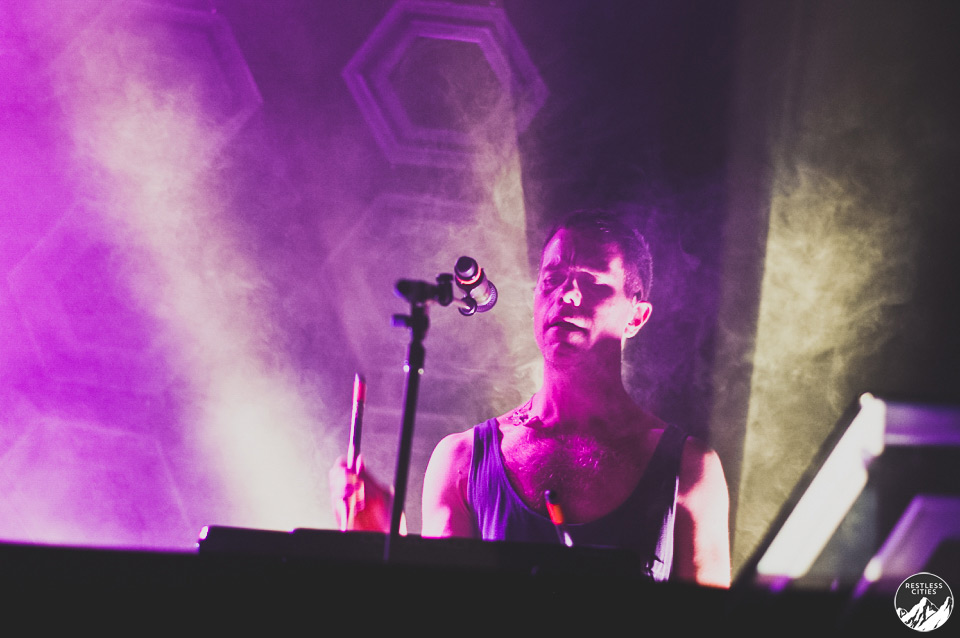 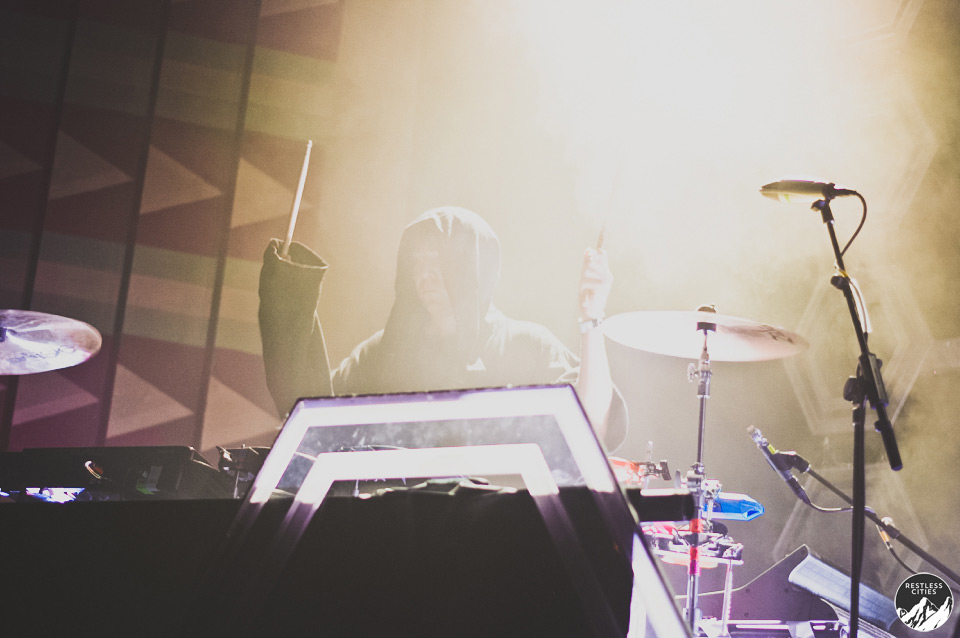 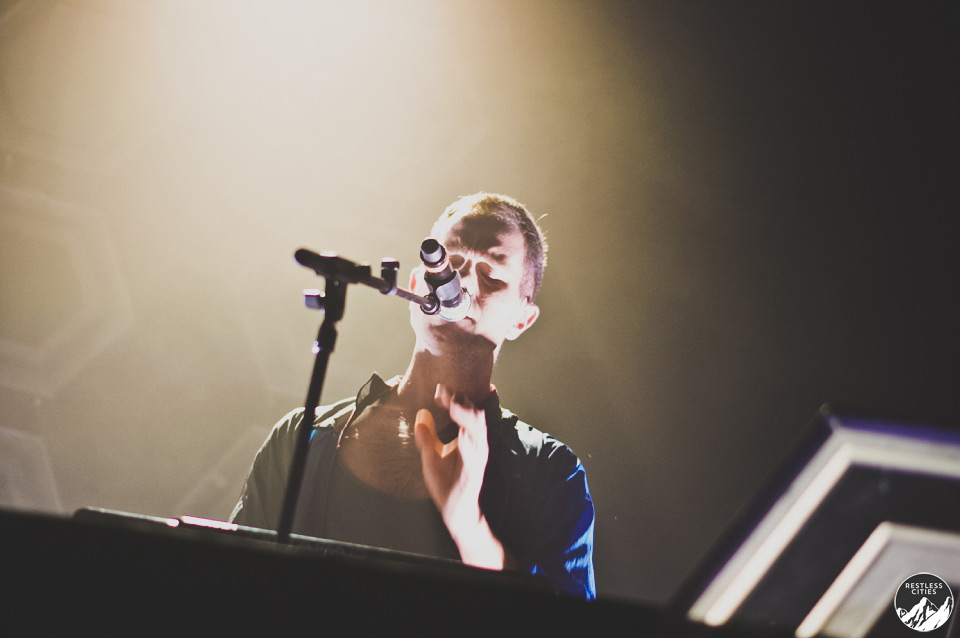 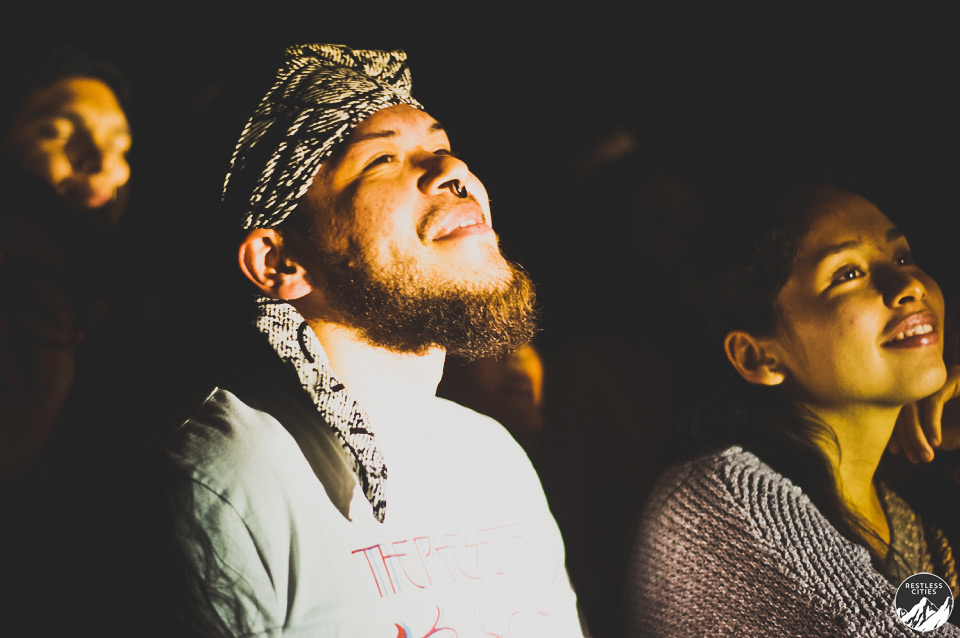 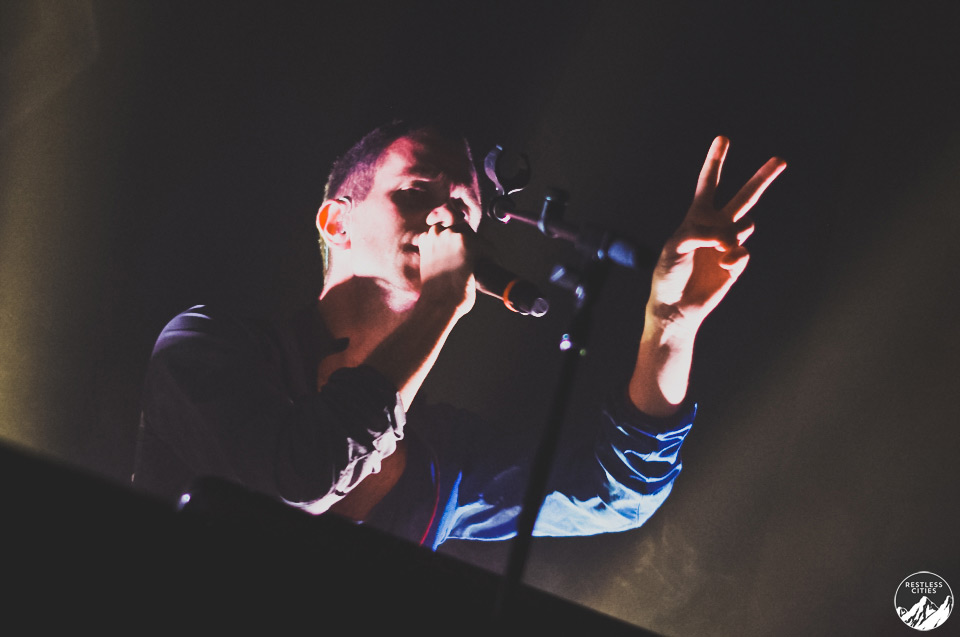 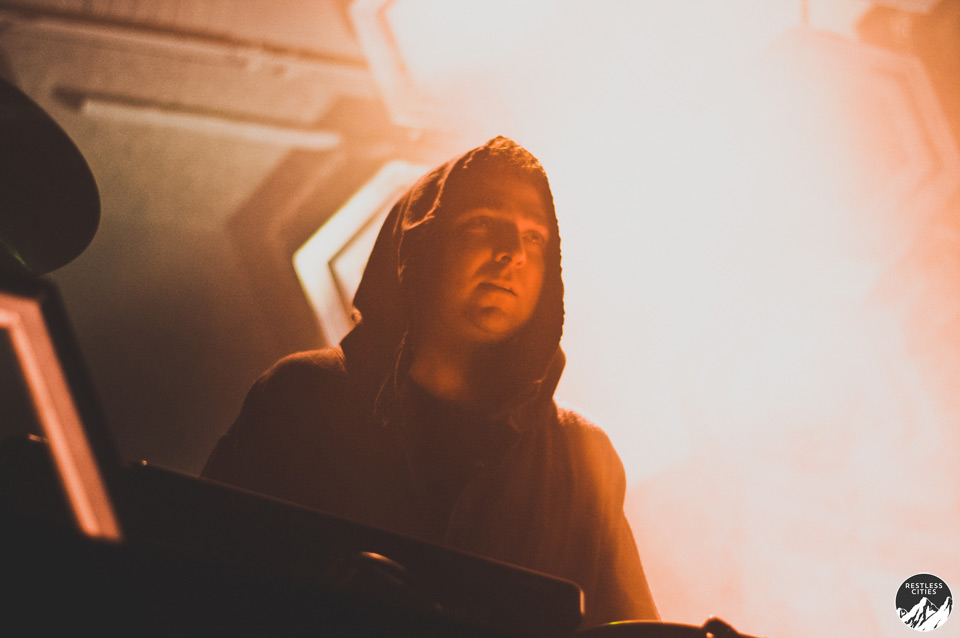 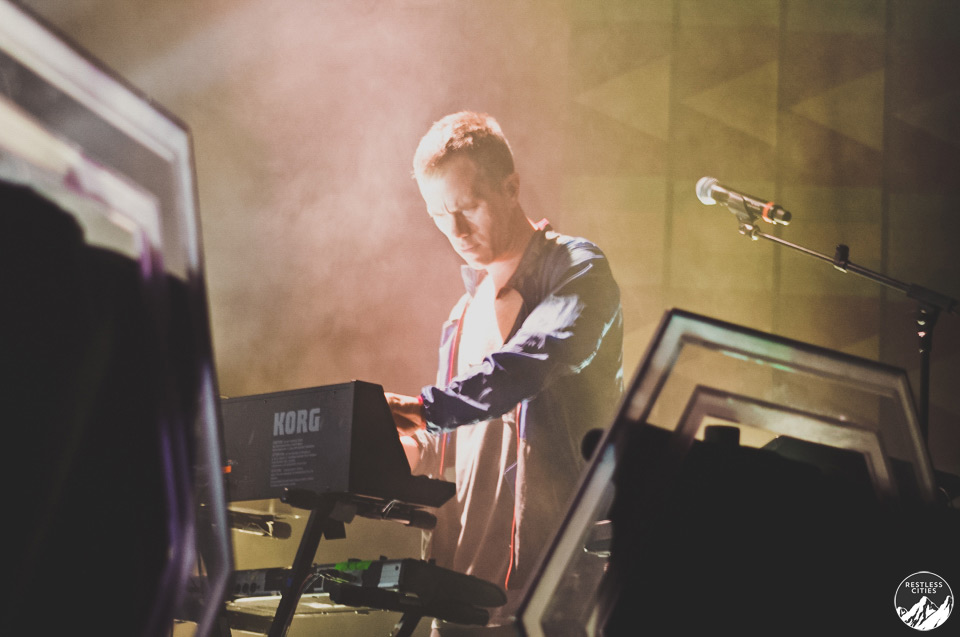 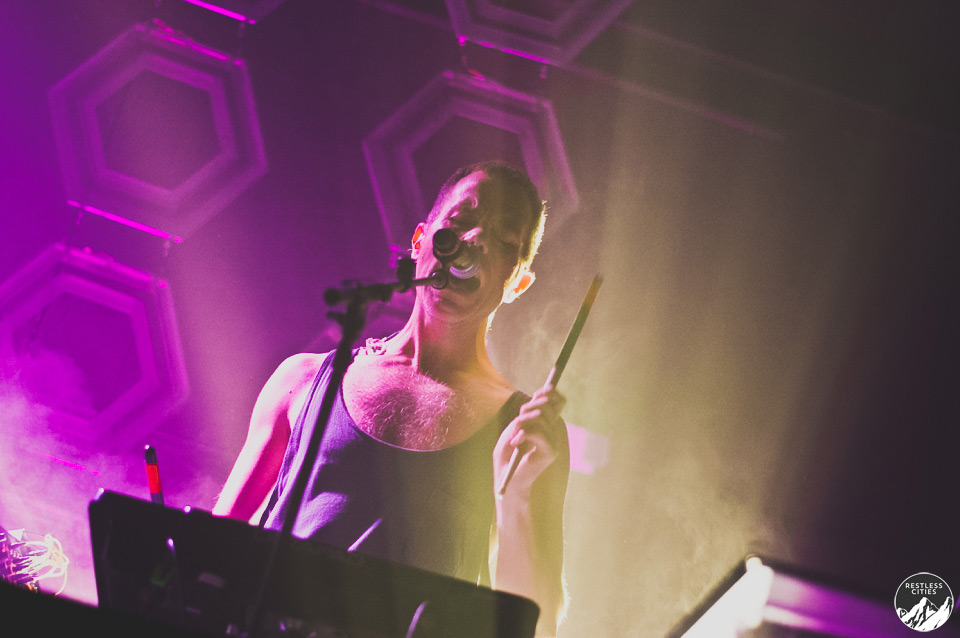 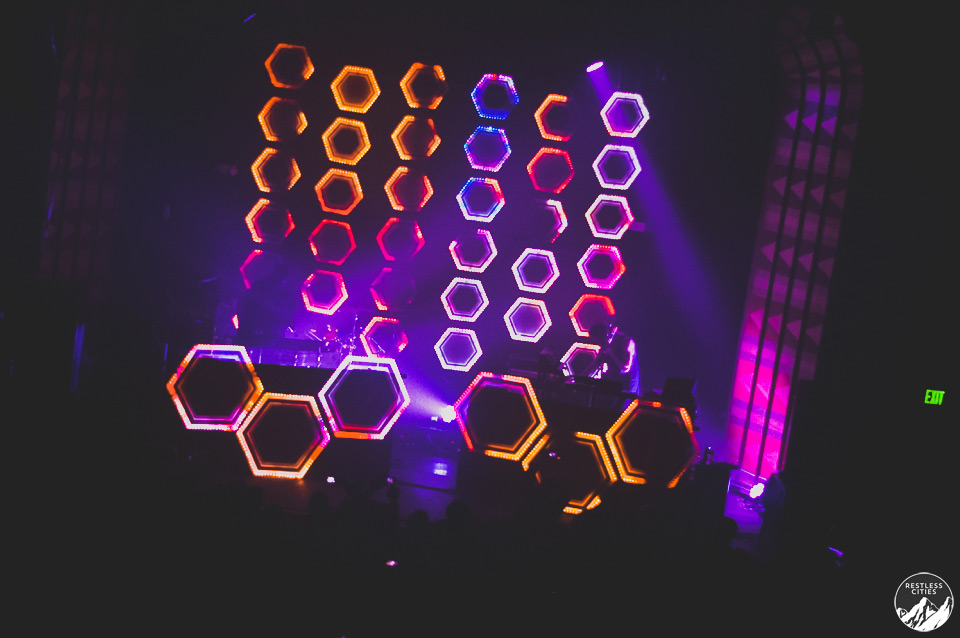 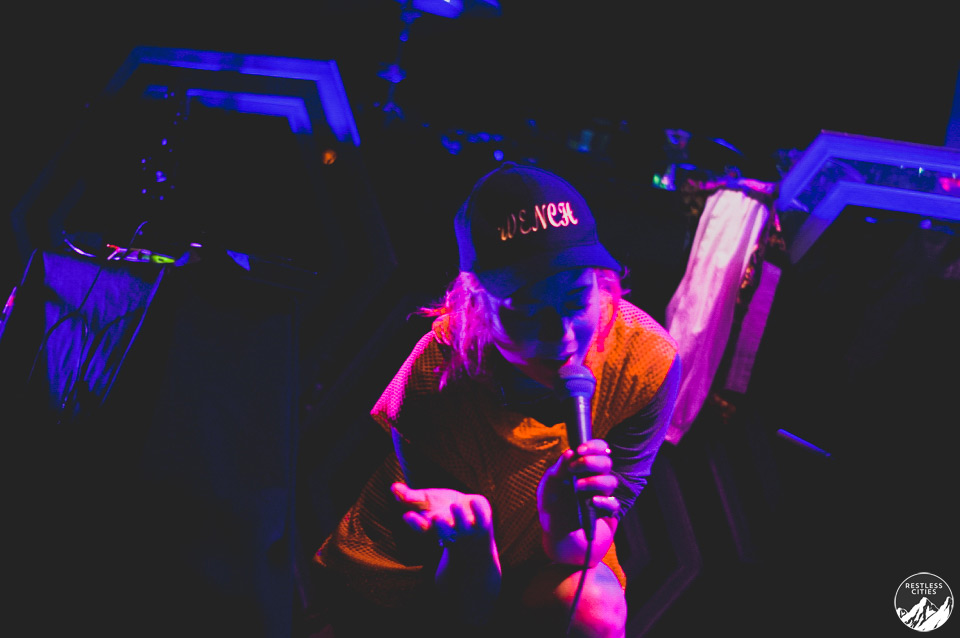 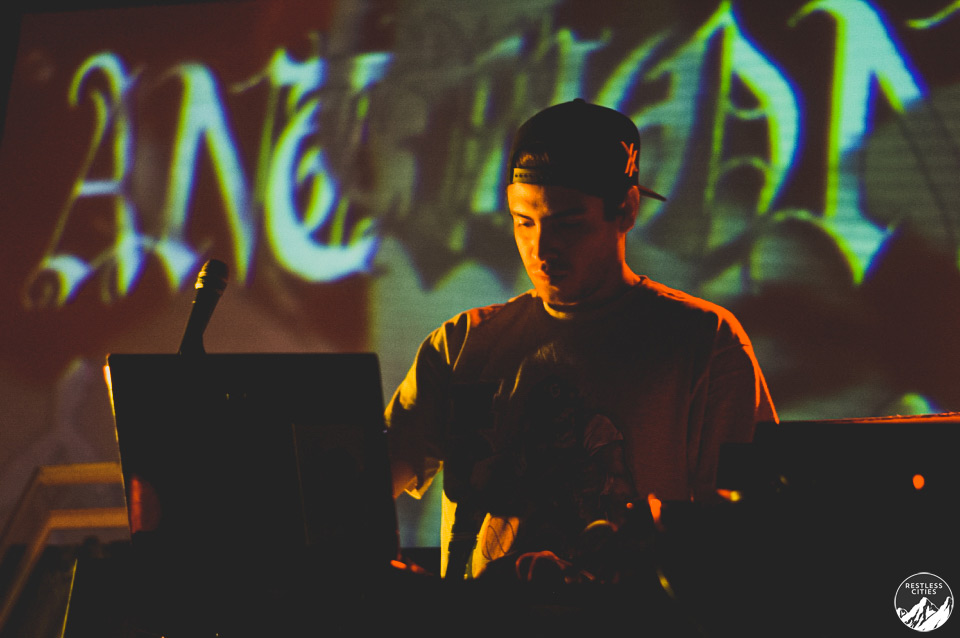 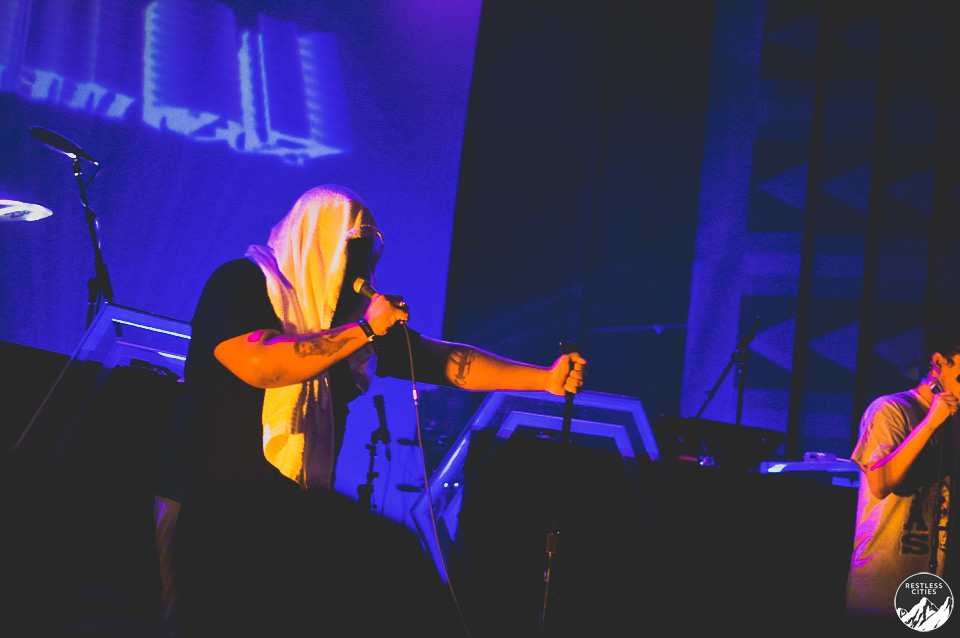 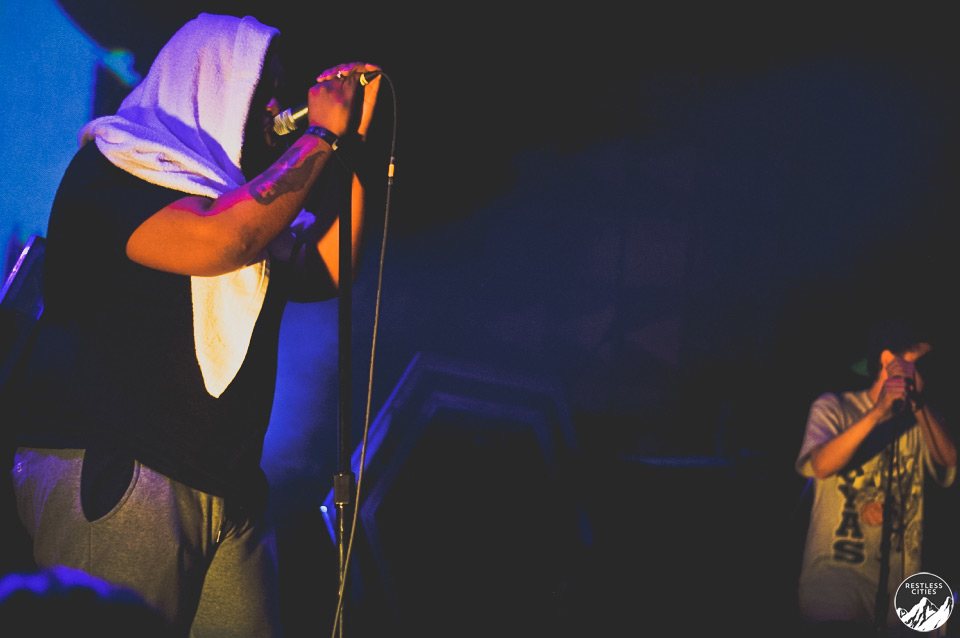 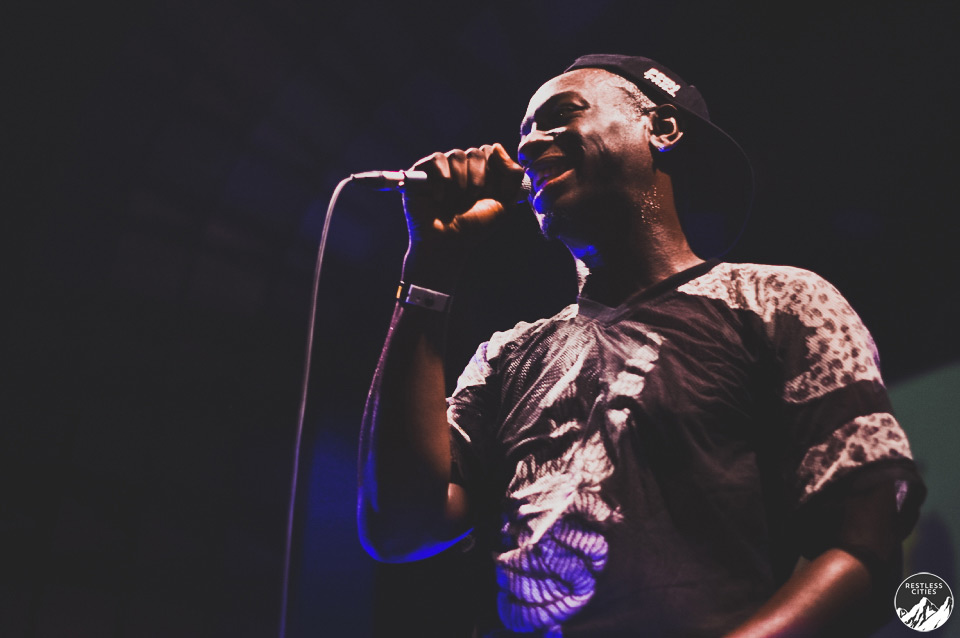 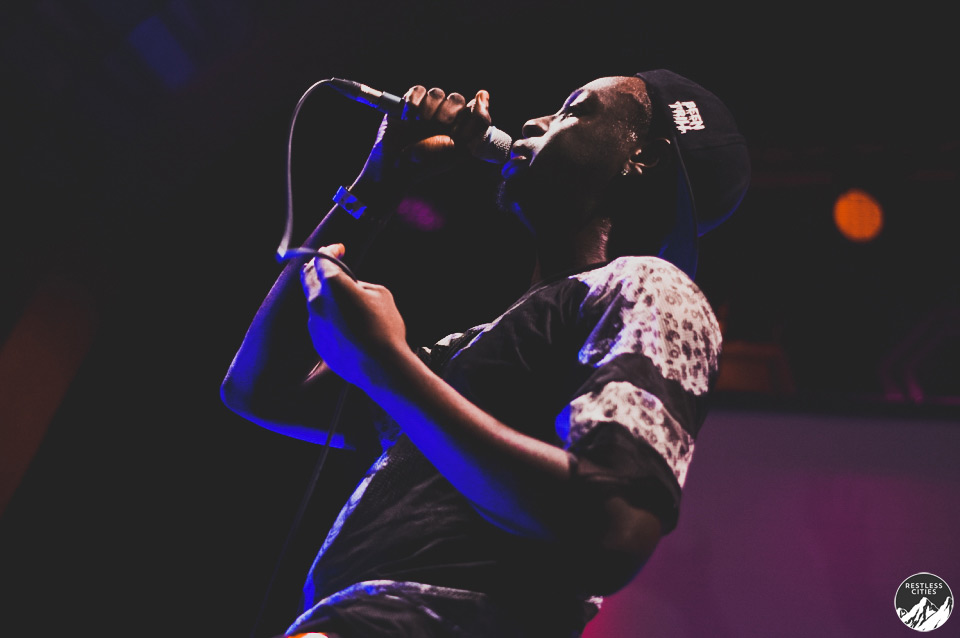 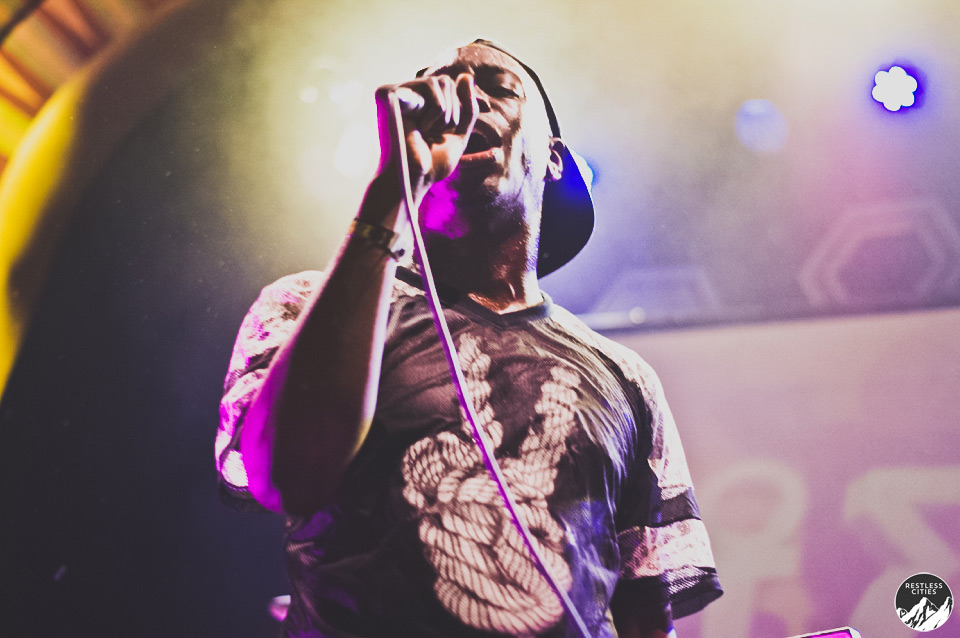 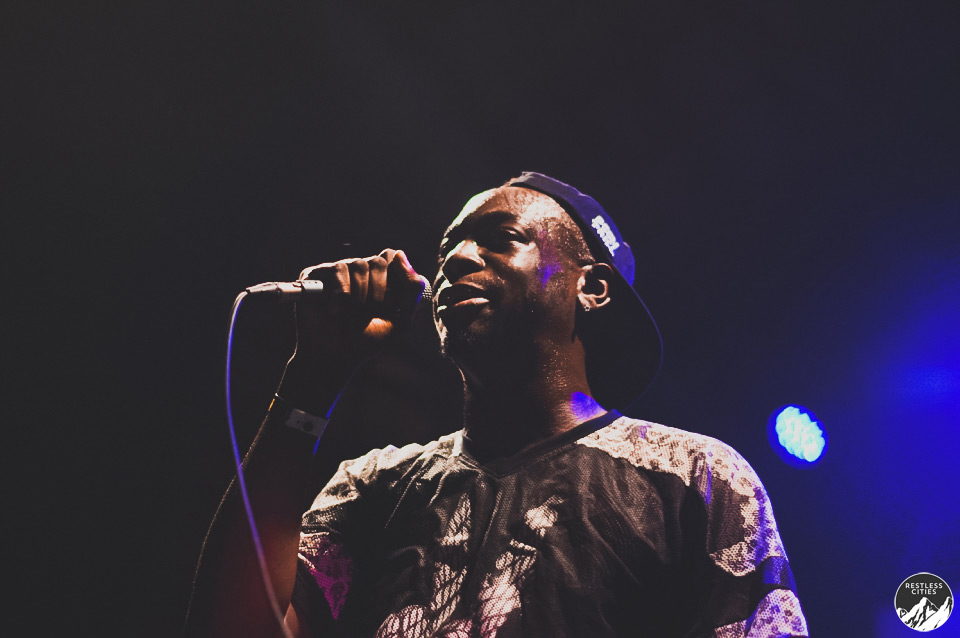 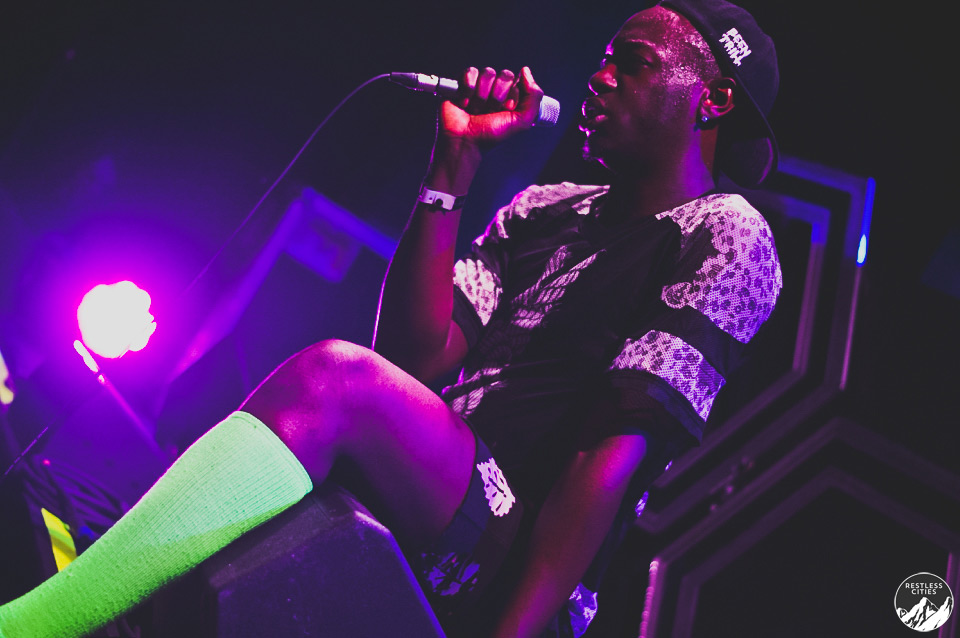 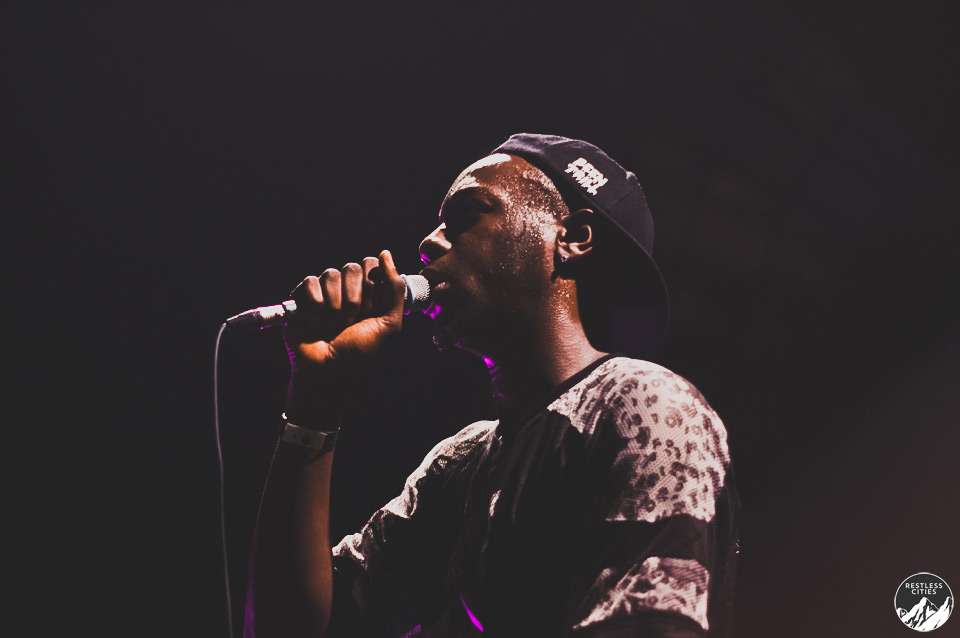 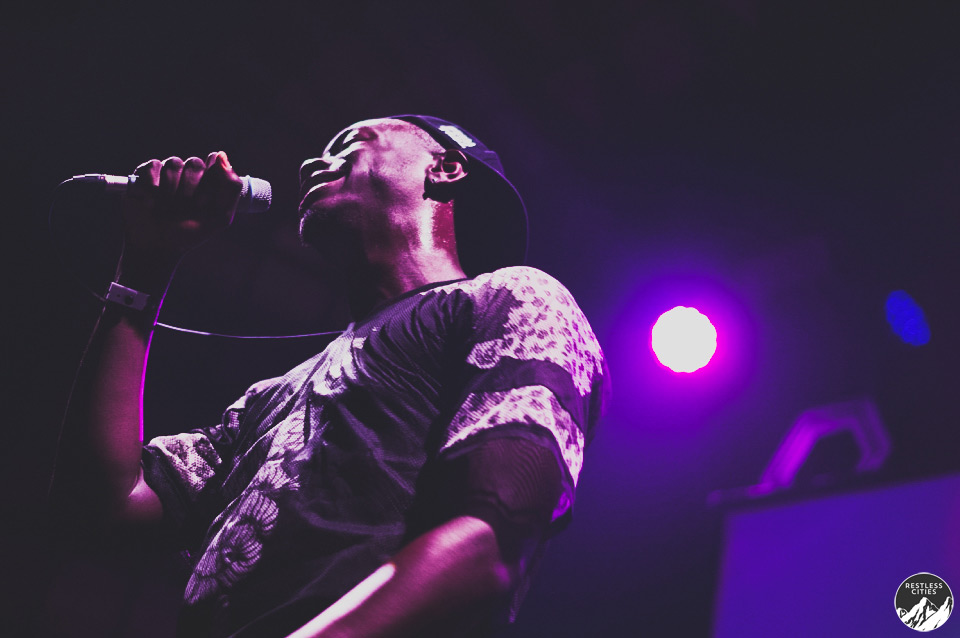 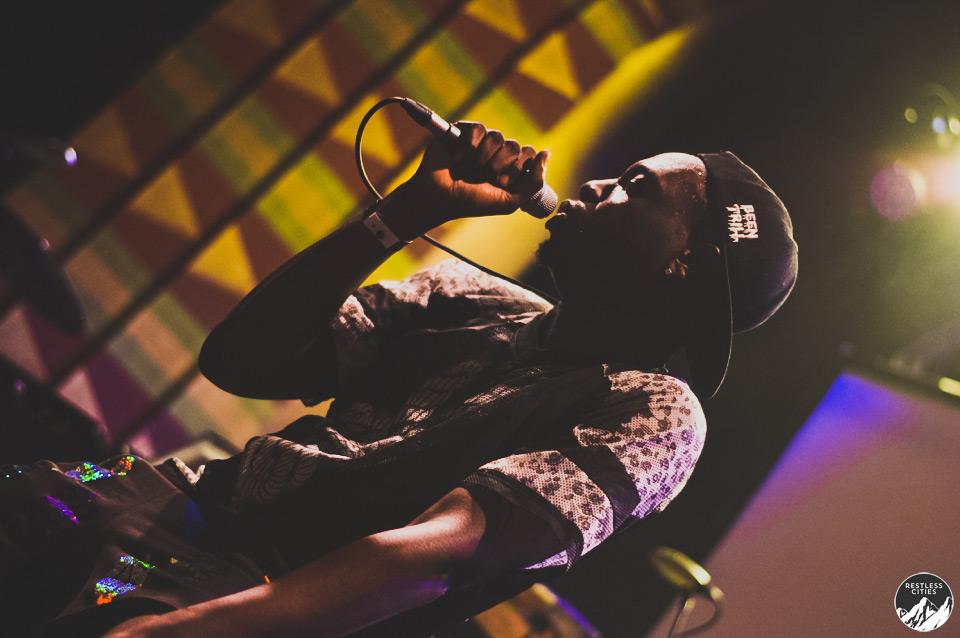 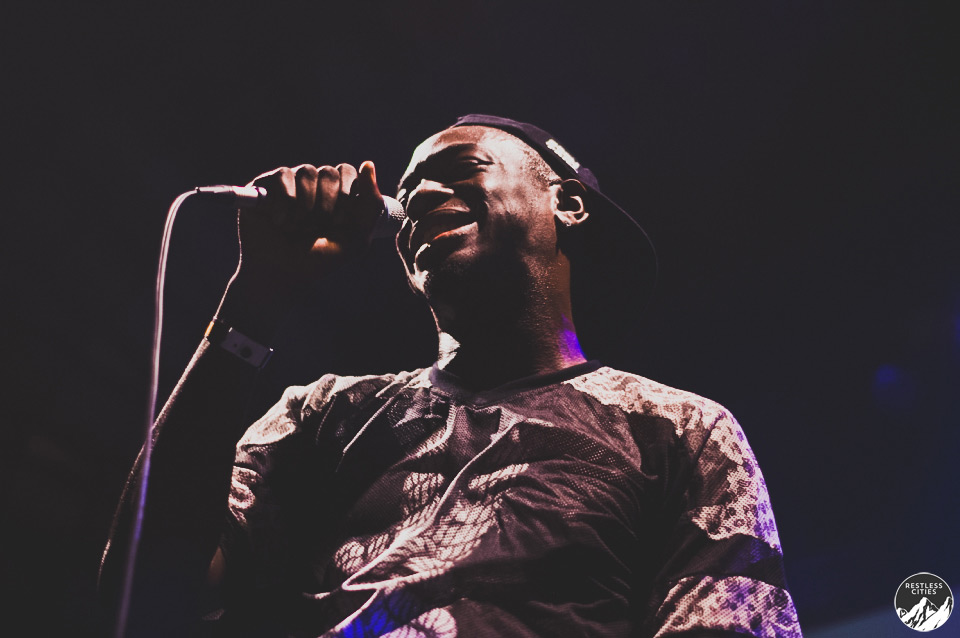 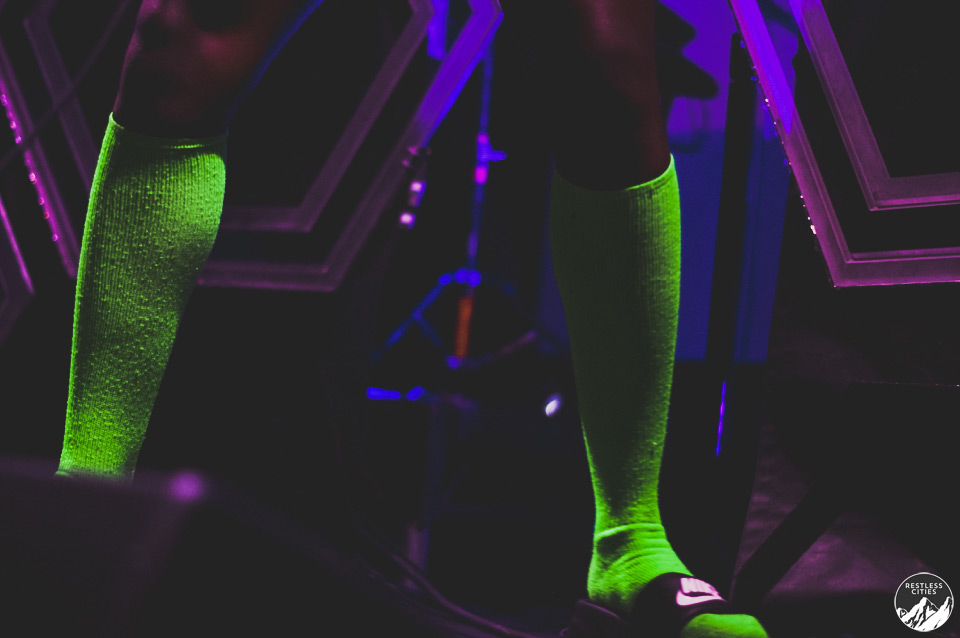