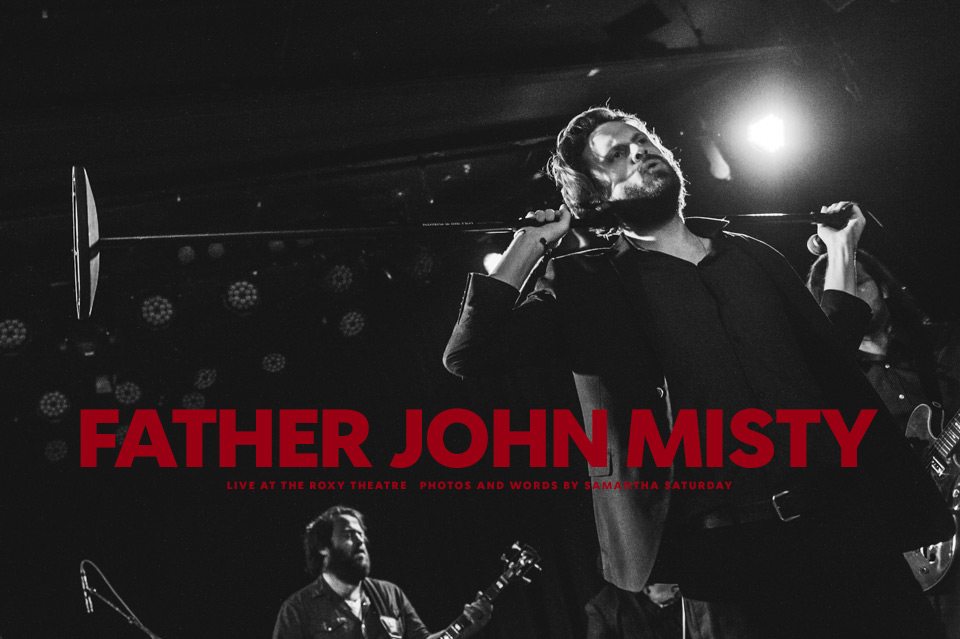 With his swiveling hips and icy blue-eyed stare, Father John Misty returned to Los Angeles on the eve of his sophomore record release, I Love You, Honeybear. With his mysterious charisma, one’s mind constantly vacillates between “I want to be with him” and “I want to BE him” while witnessing him trapse around the Roxy’s small stage. His typical onstage banter was pared down in favor of a solid 21 song setlist (sadly cut short by one song, skipping the last encore number “I Went To The Store One Day”). However the lyrics to the new tunes still hold that distinctly Father-John-Misty-cleverness that we know and love – even when the lyrics of “This is Sally Hatchet” slipped his mind from the start. “That song isn’t even about anything!” The proud Los Angeles crowd cheered for every FJM mention of the Sunset Strip, being a Dodgers fan, and any allusion to their fair city. “There are hair metal ghosts in the ether, just barfing and crying right now. Barfing hair metal ghosts, where do I come up with this shit?”

Entrance Band frontman Guy Blakeslee warmed up the crowd with a gripping set of songs performed solo, accompanied only by a plethora of bells, atmospheric sounds like rain, and even a haunting a capella tune. 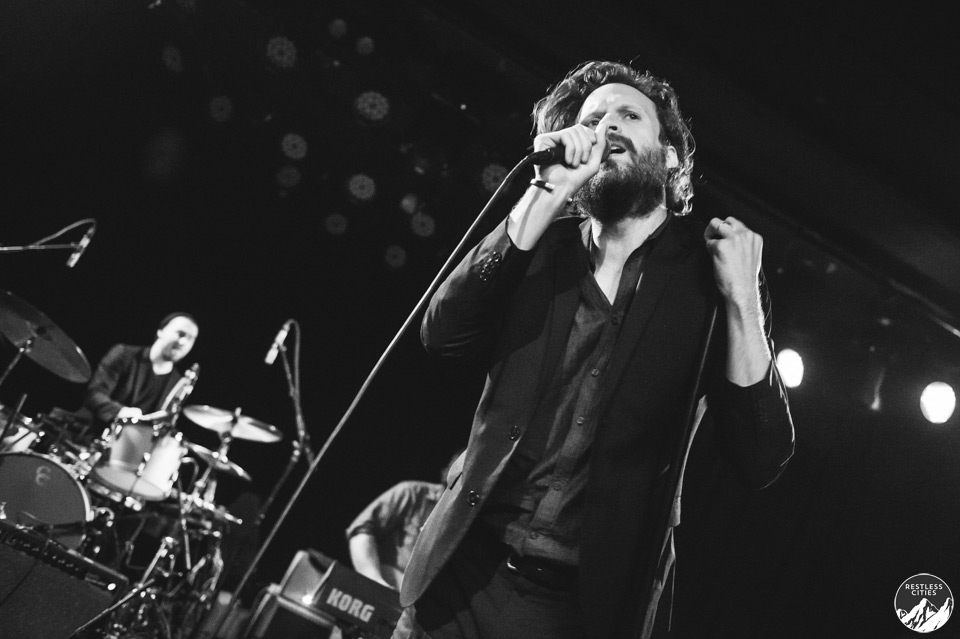 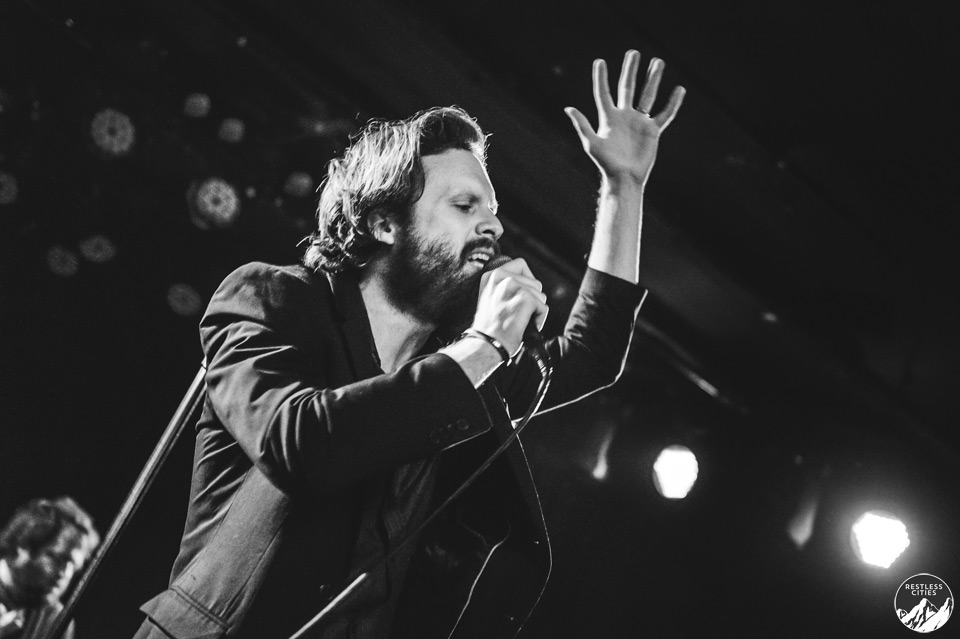 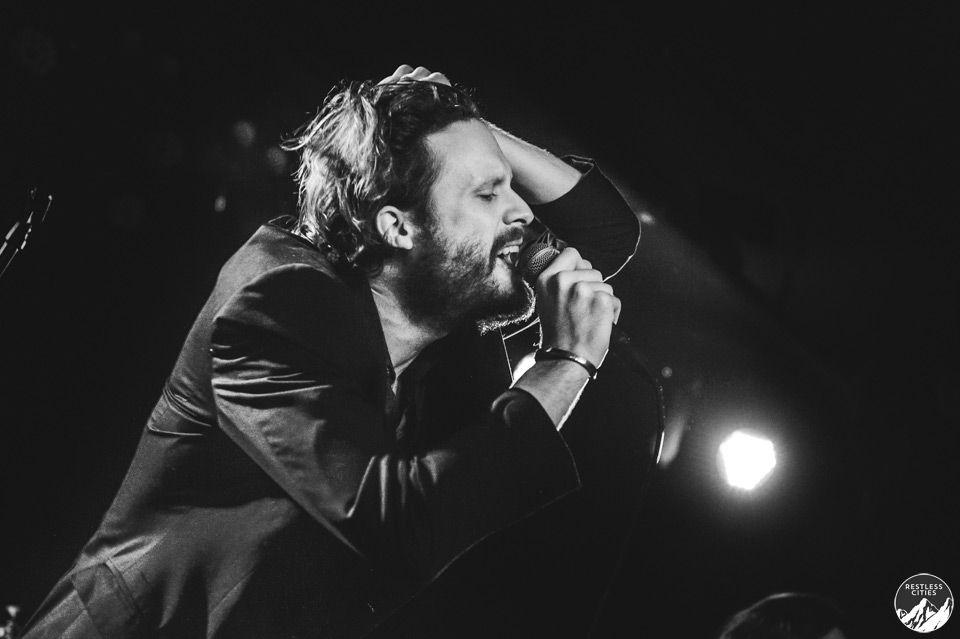 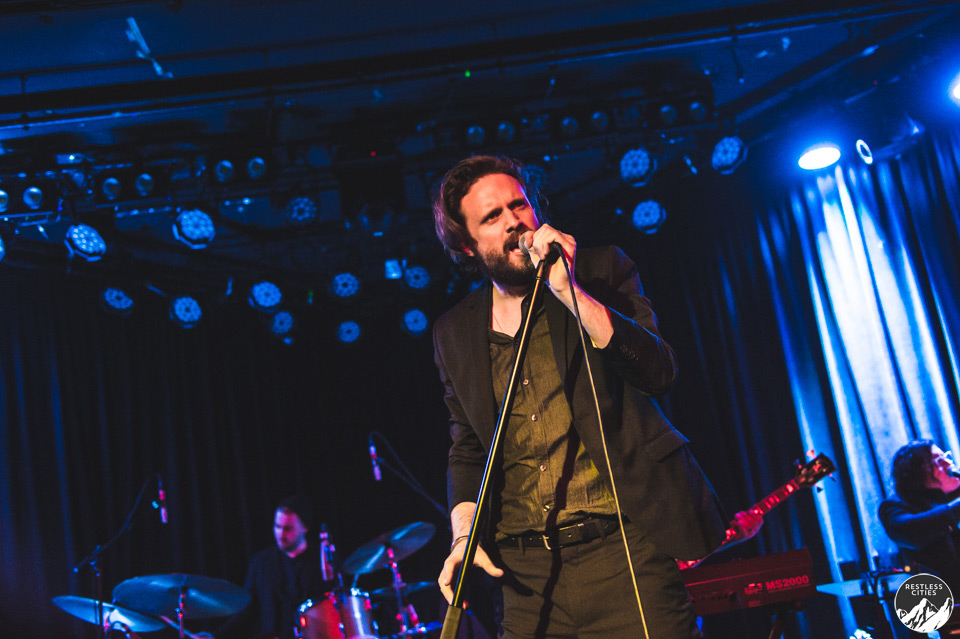 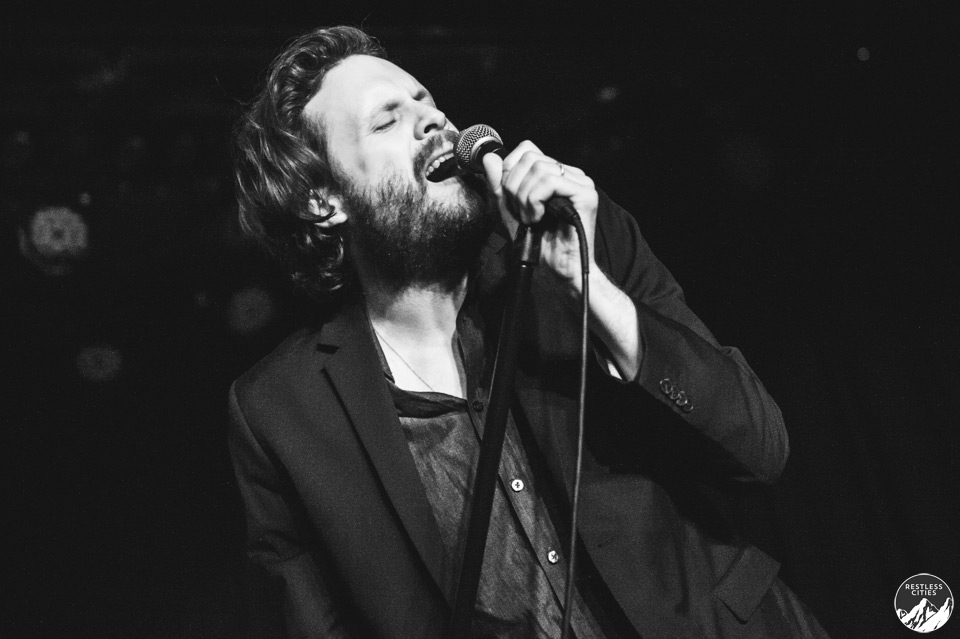 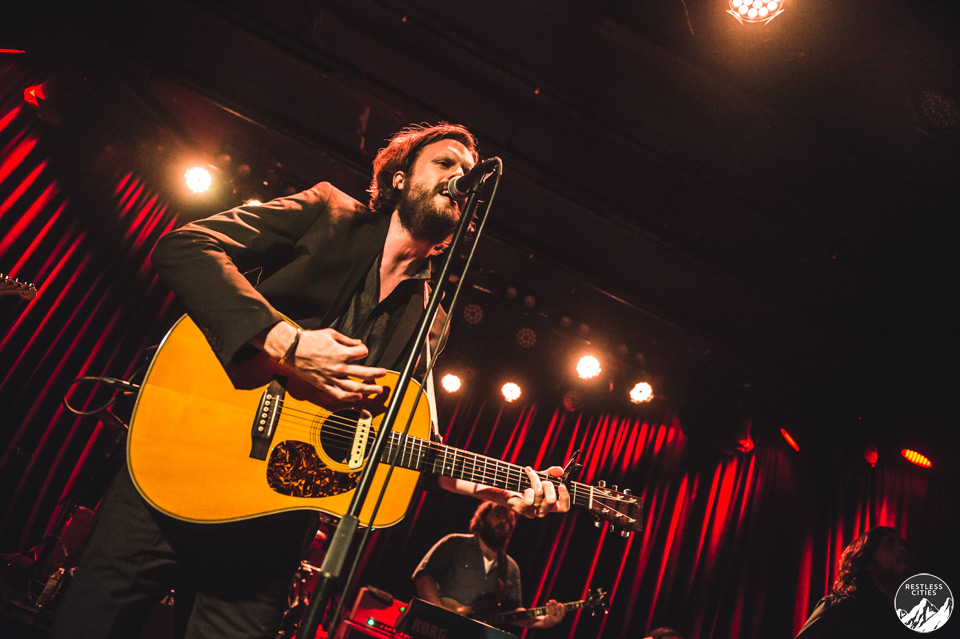 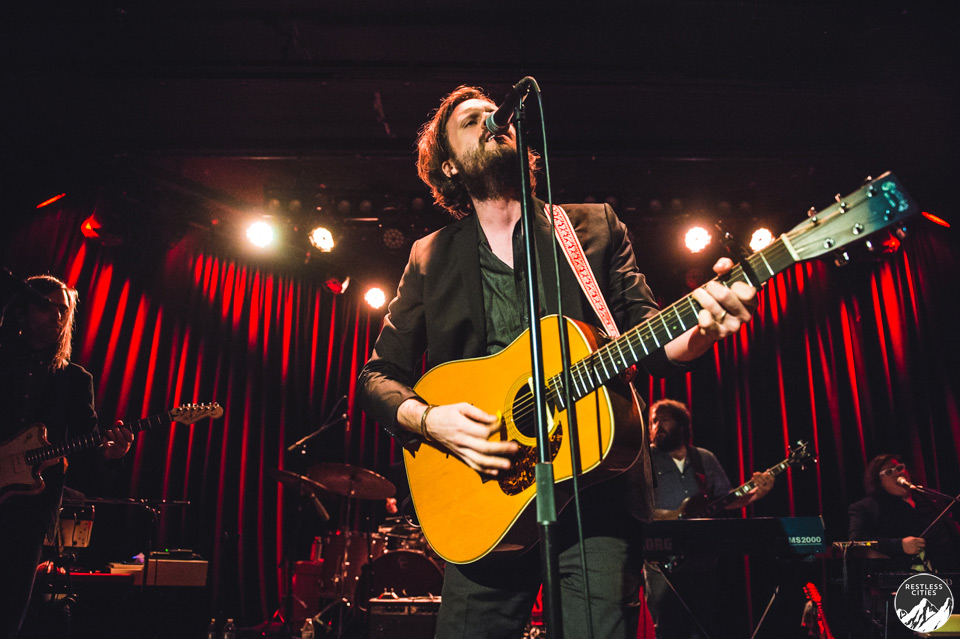 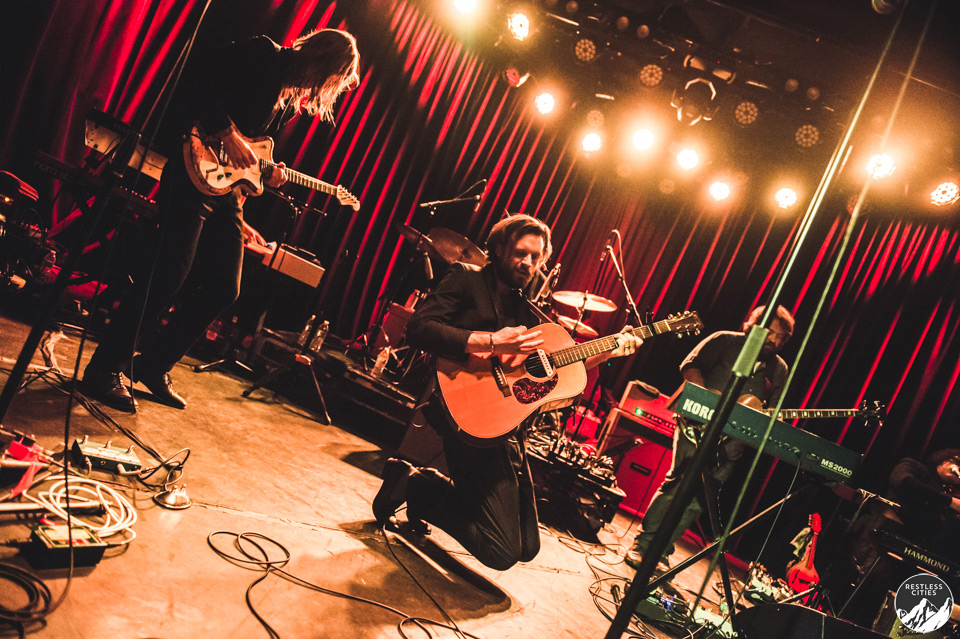 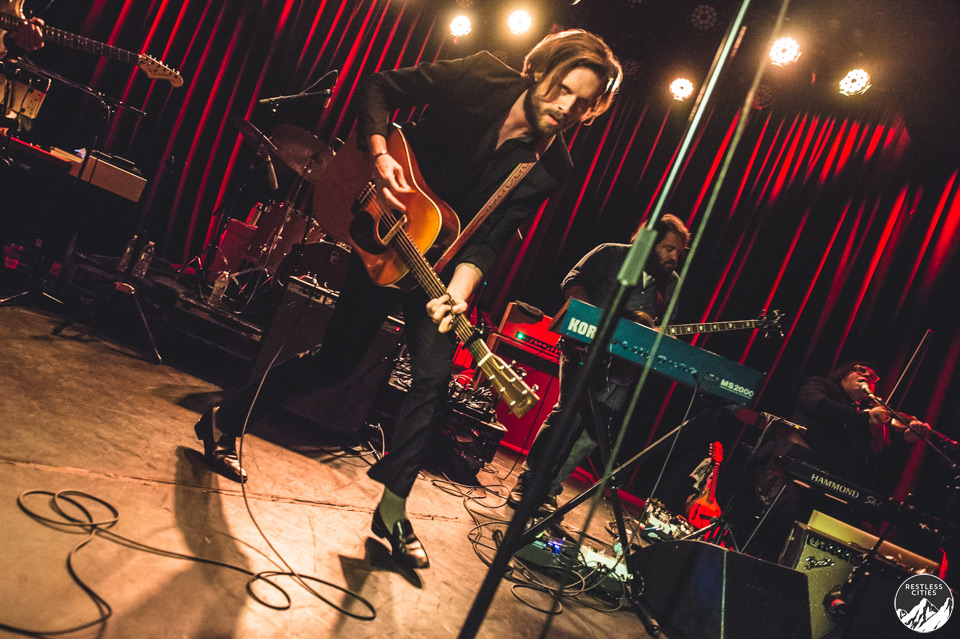 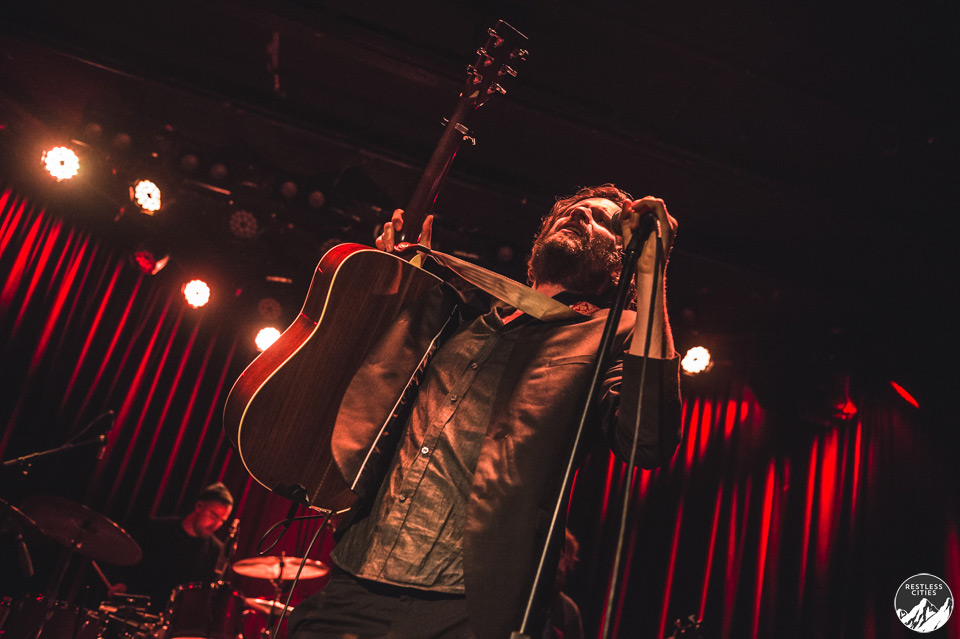 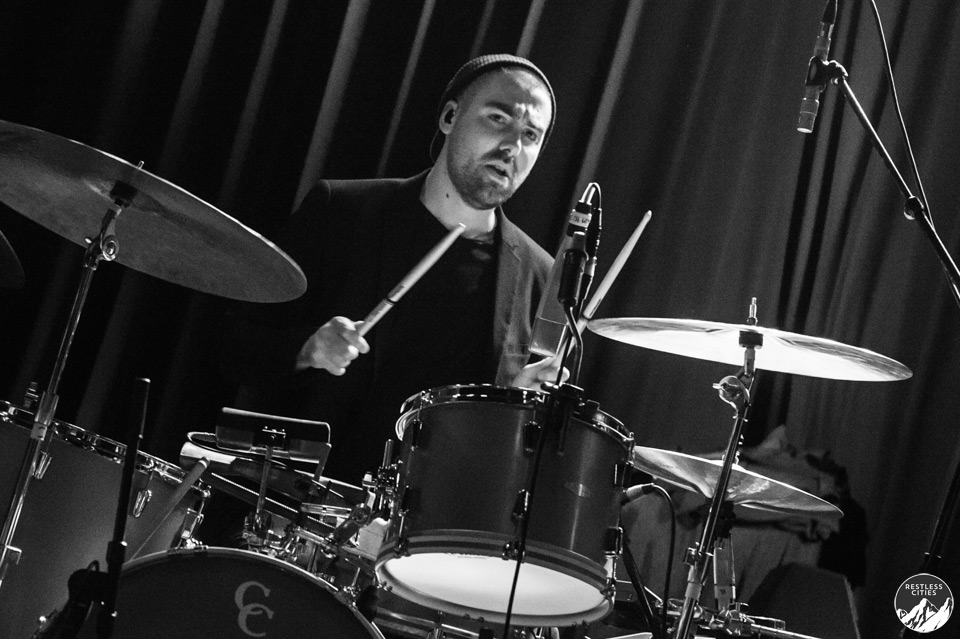 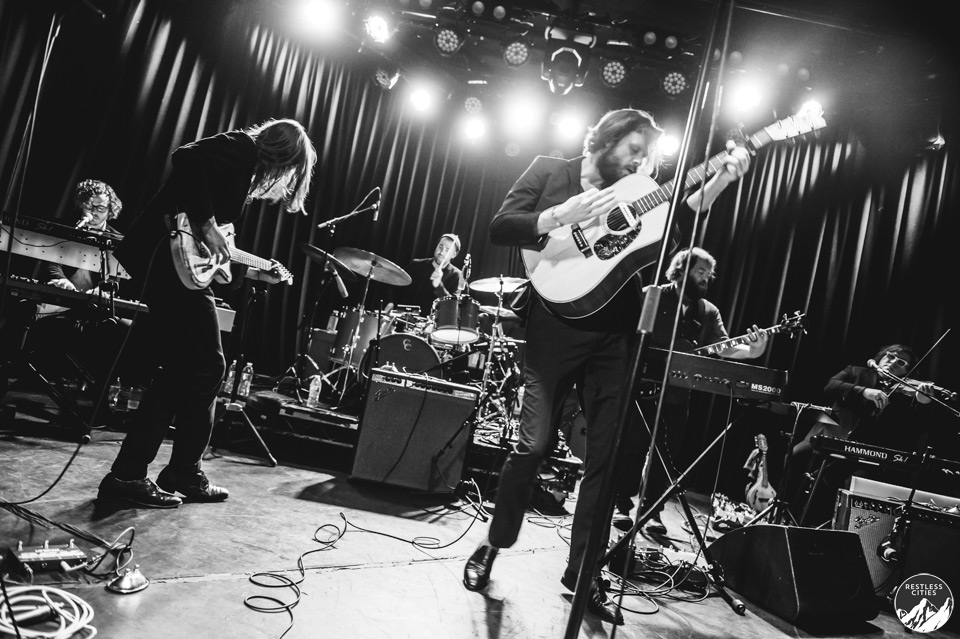 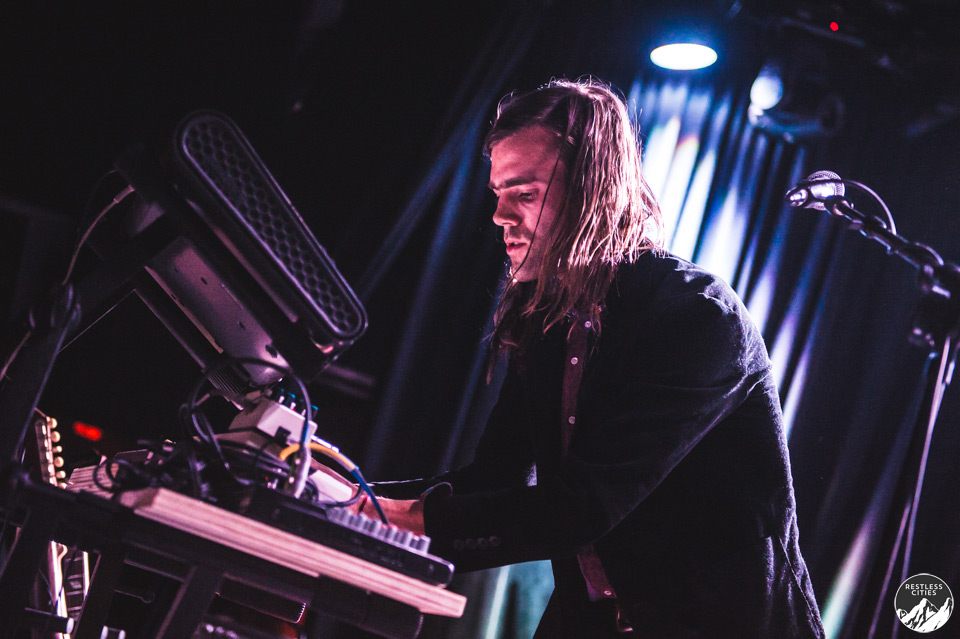 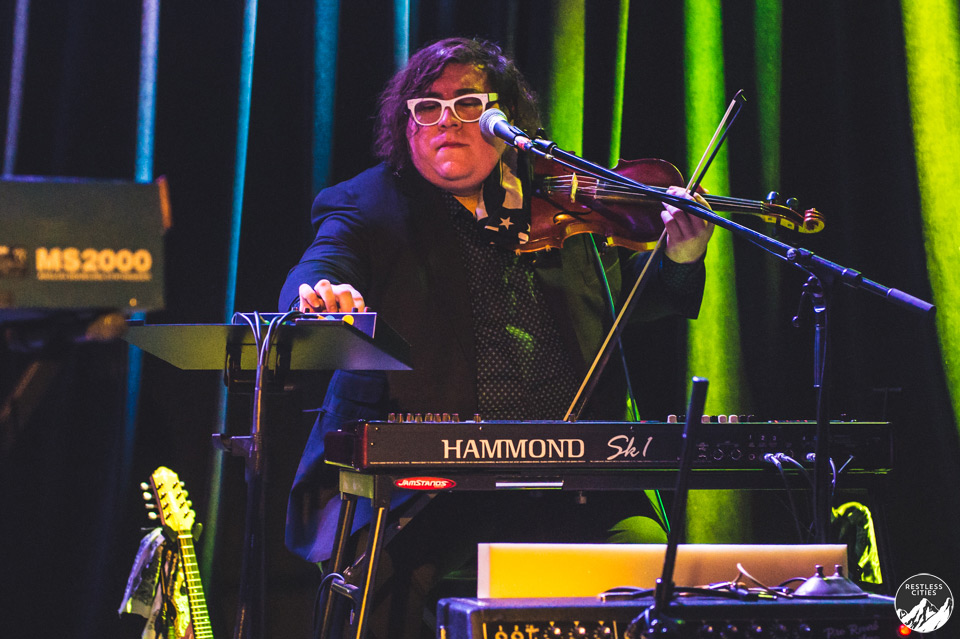 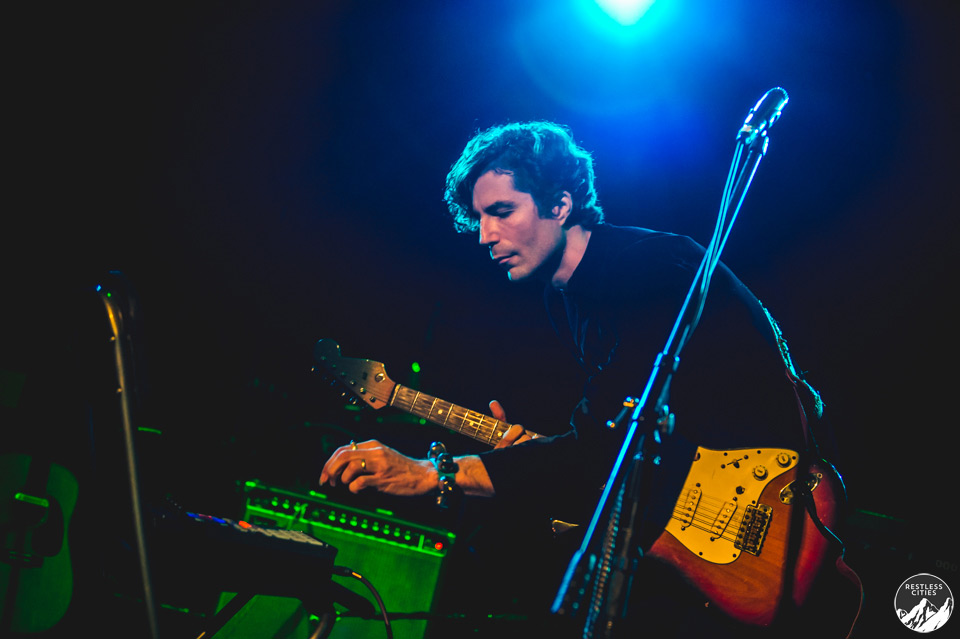 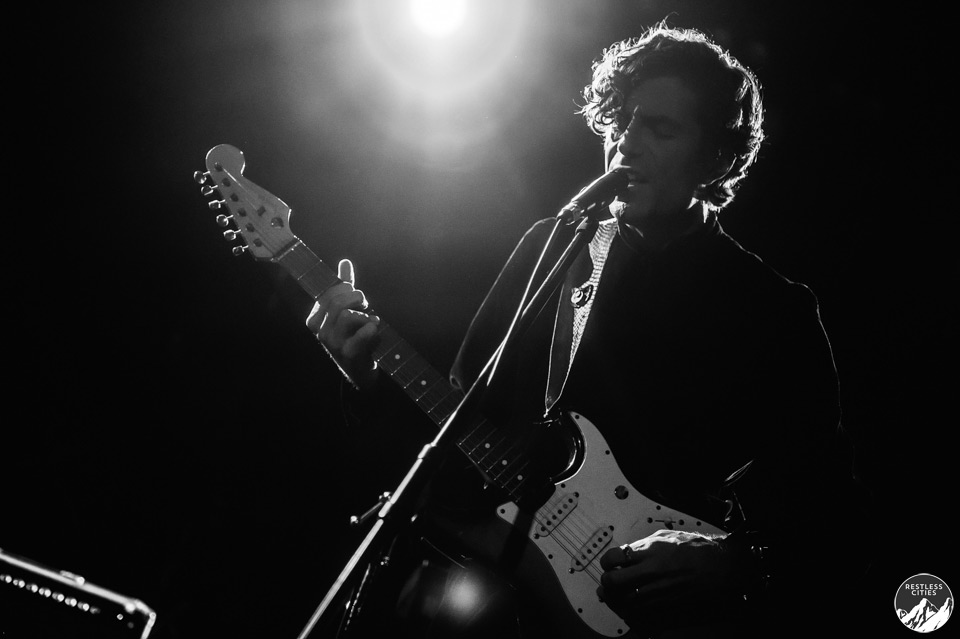 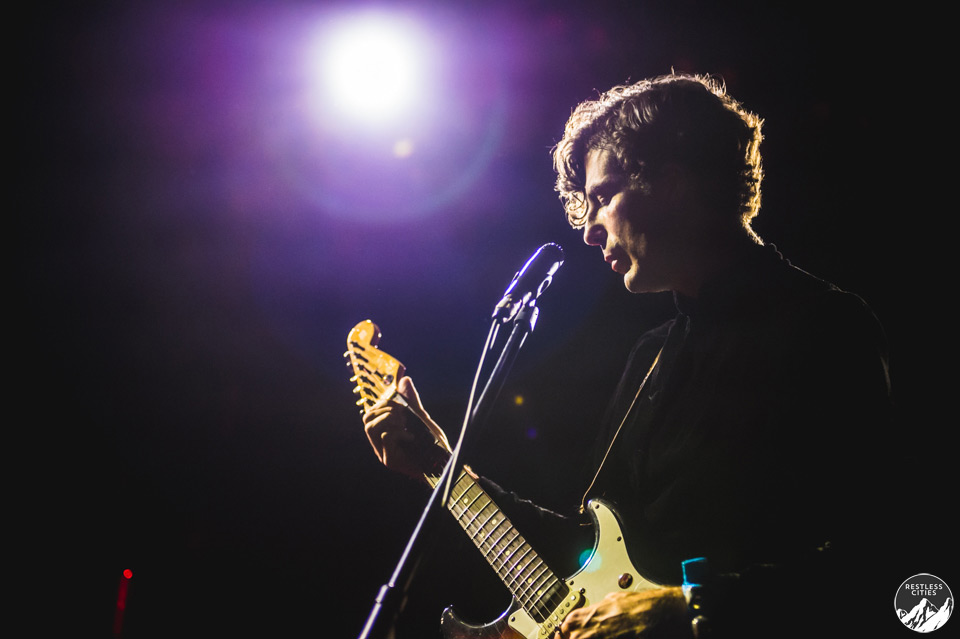 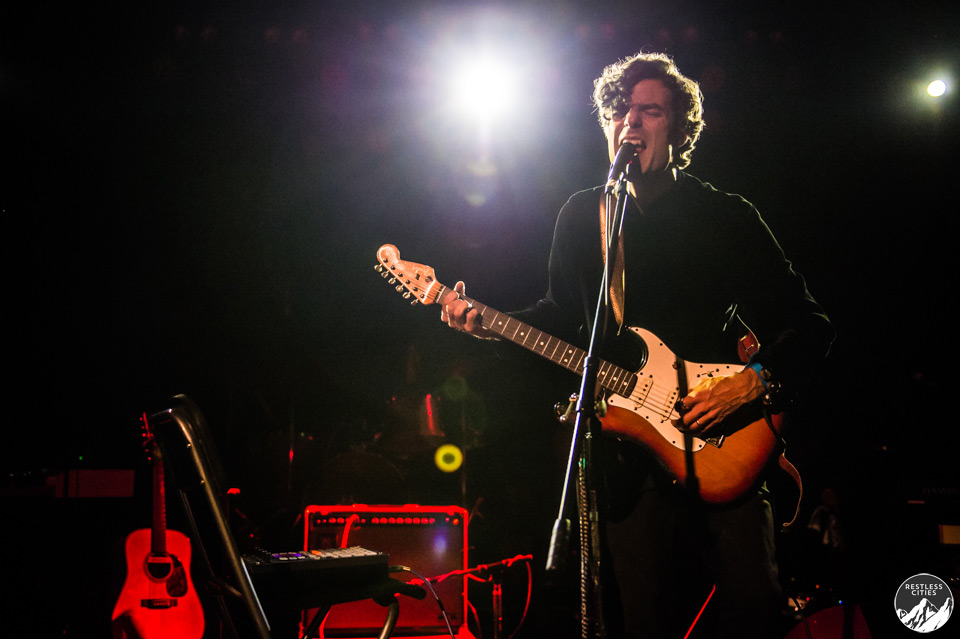 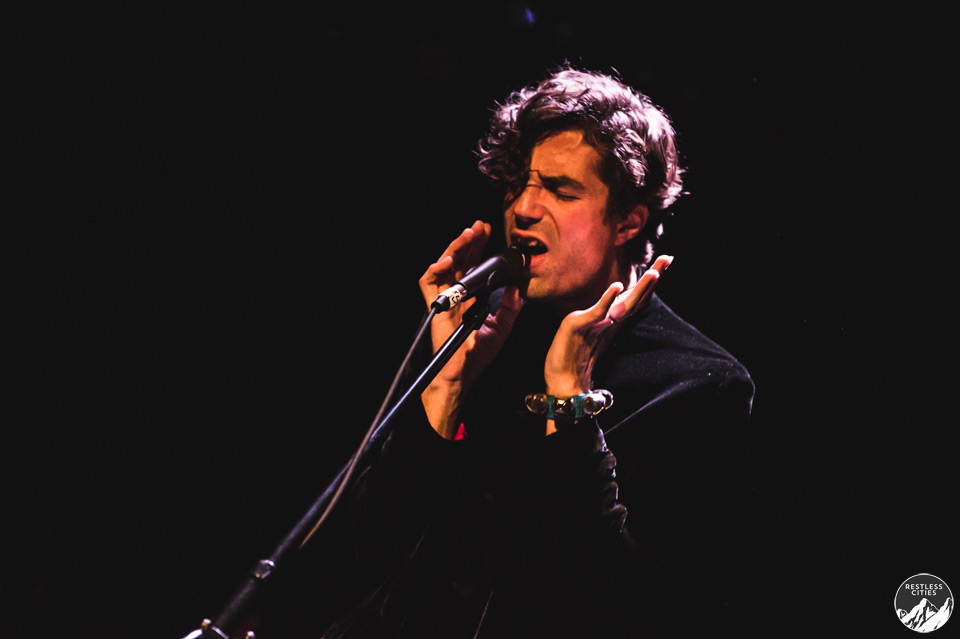 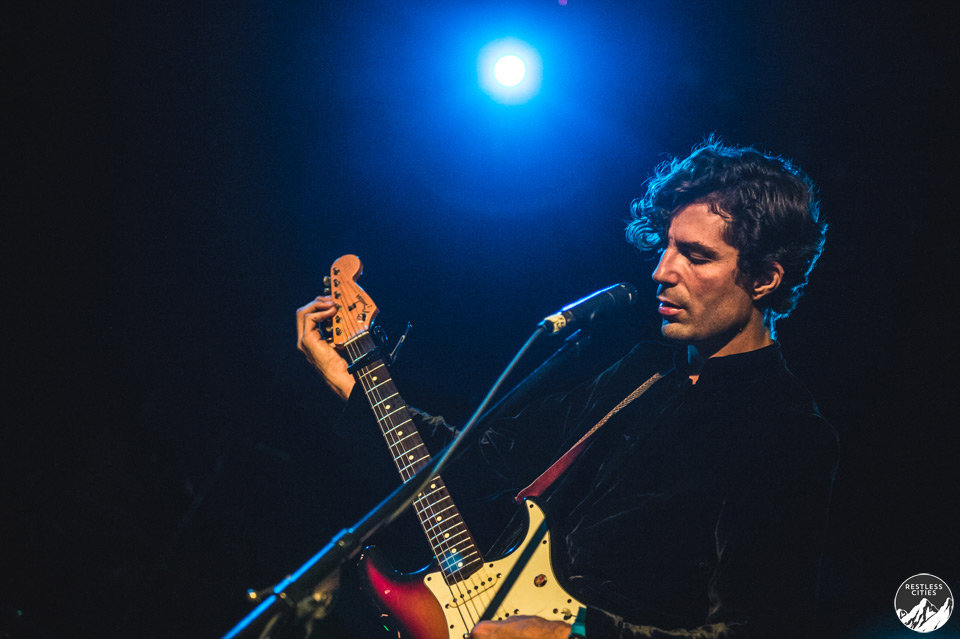