Live Review: Gang of Four and .. 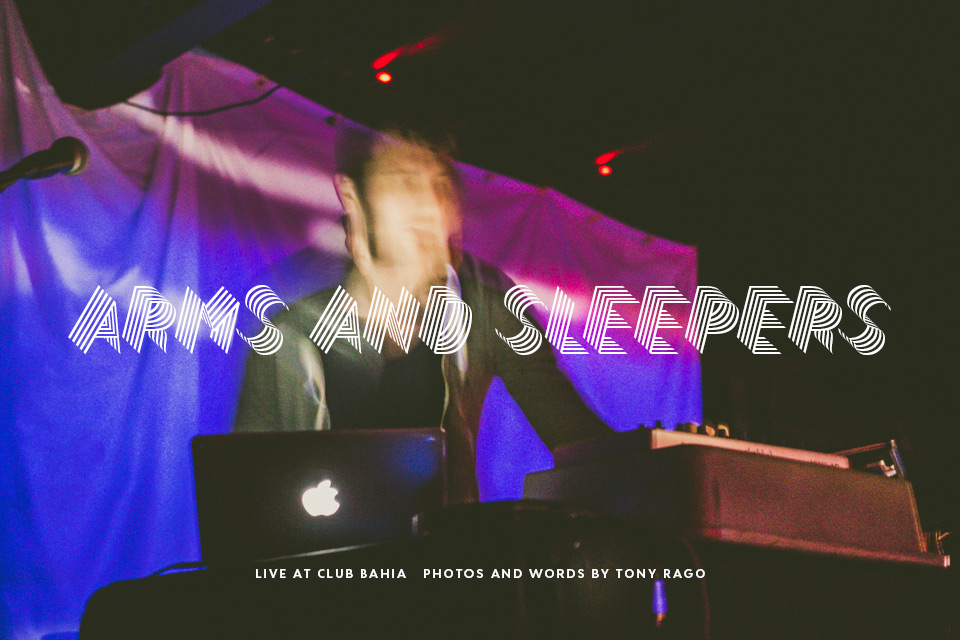 Arms and Sleepers‘ album Swim Team was a perfectly timed music discovery, as I had only discovered it a few weeks prior to the March 25th Club Bahia gig. It’s such a beautiful and lush electronic exploration that evokes the feelings I get after listening to something along the lines of Tycho or Telefon Tel Aviv, but with a bit more of an 80s meets chillwave meets hip-hop vibe. They claim their sound is influenced by the TV show Miami Vice, as well as the beats of J Dilla. I knew I needed to catch the act in LA or I’d regret it.

For this brief tour, Arms and Sleepers is Mirza Ramic, traveling without the other founding member Max Lewis. It did not affect my impression of the night though. The true brilliance of the performance was in the material itself, beautifully crafted by Mirza and Max, aided by perfectly timed visuals created by a handful of visual artists. [Continued below.] 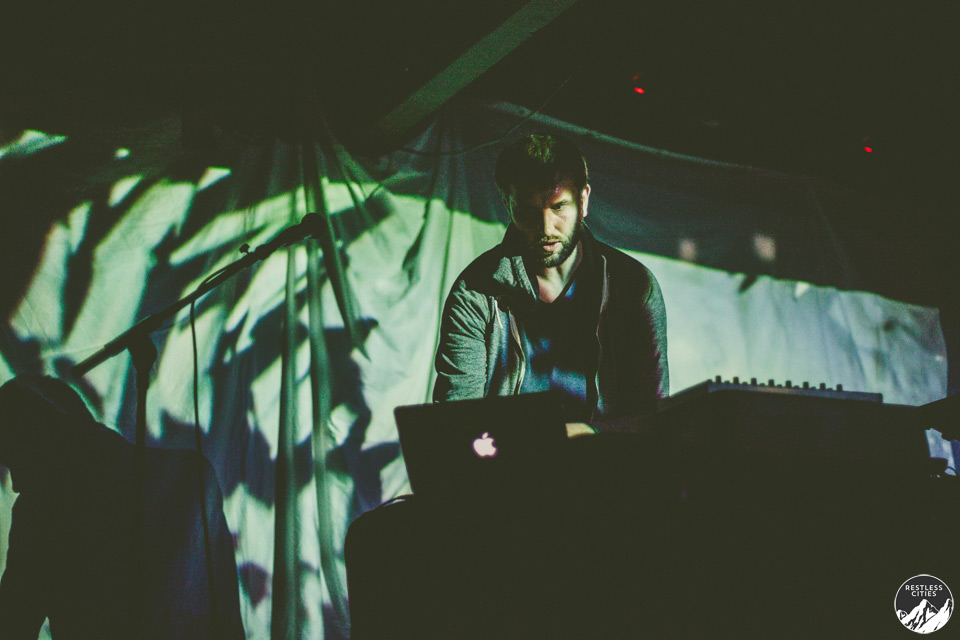 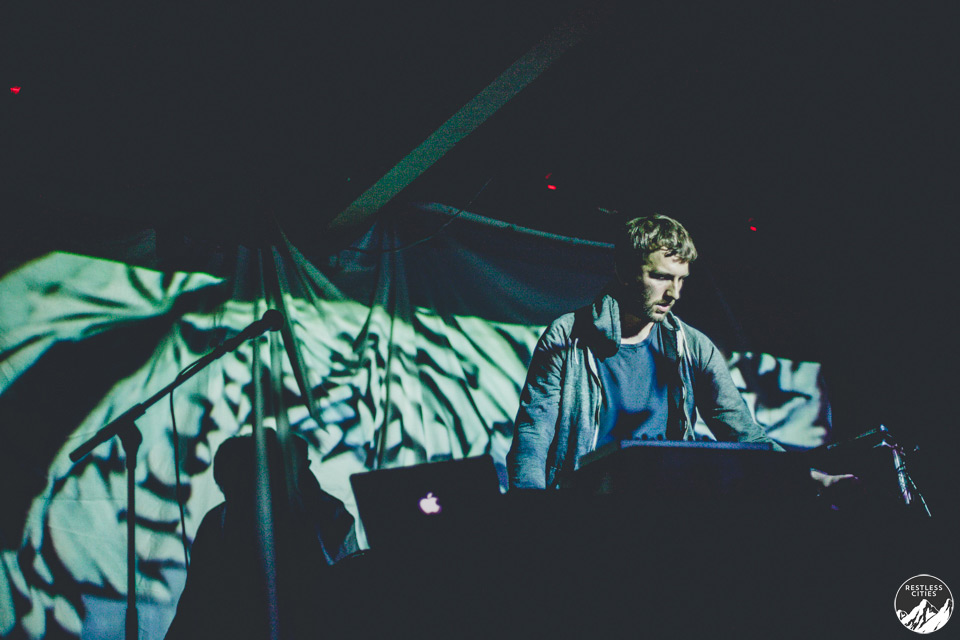 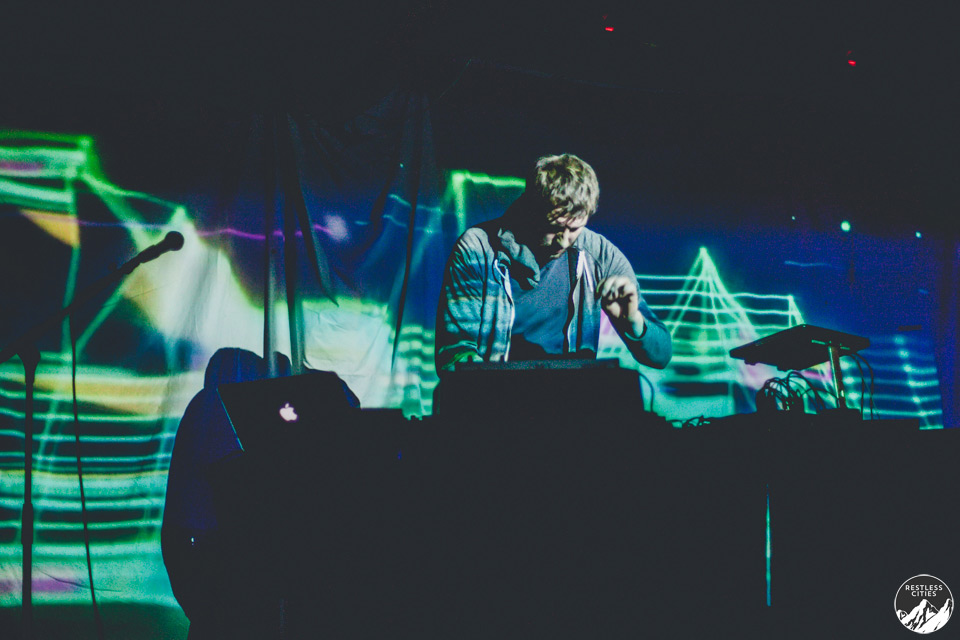 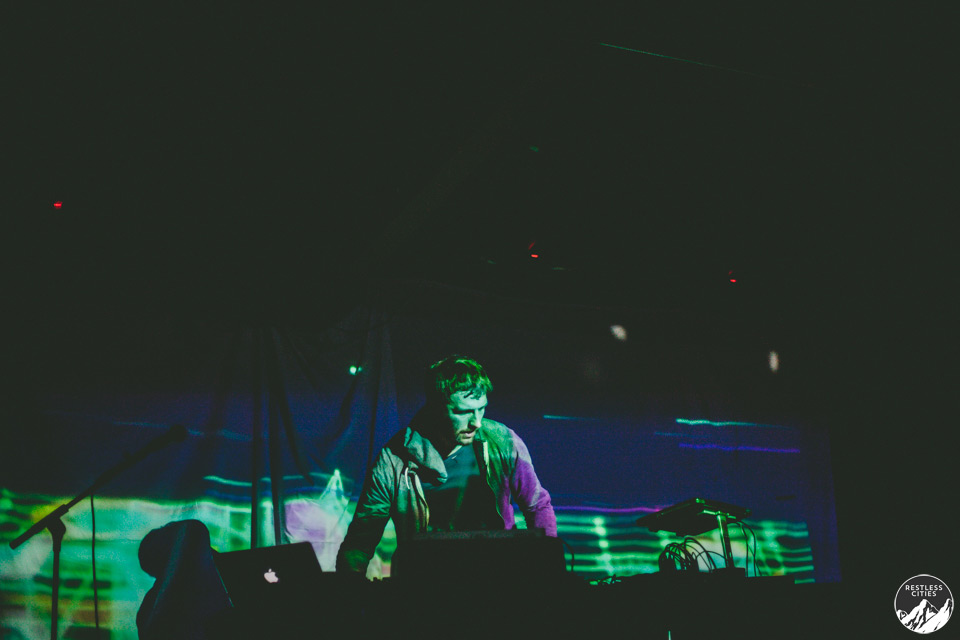 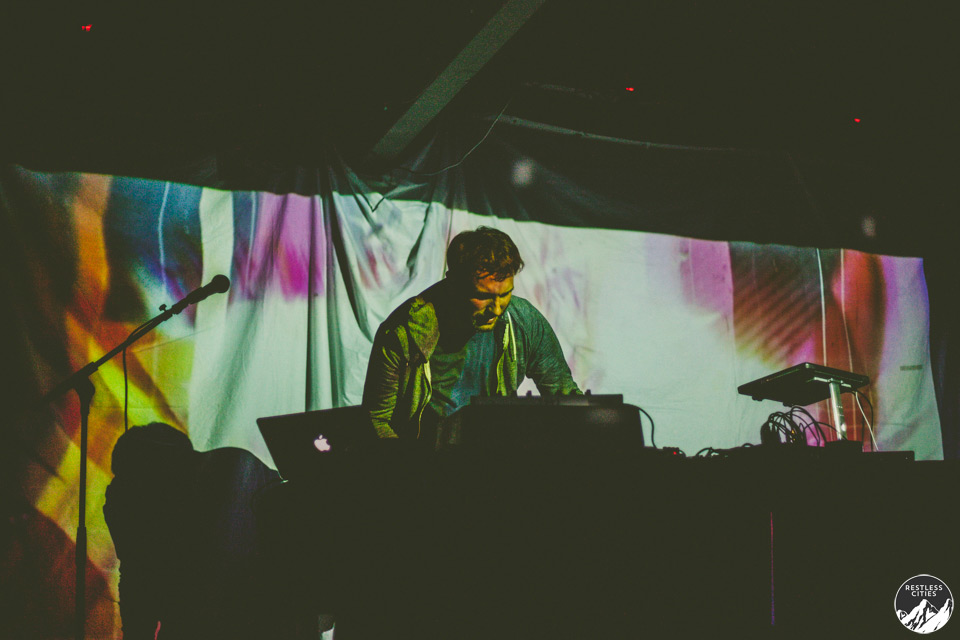 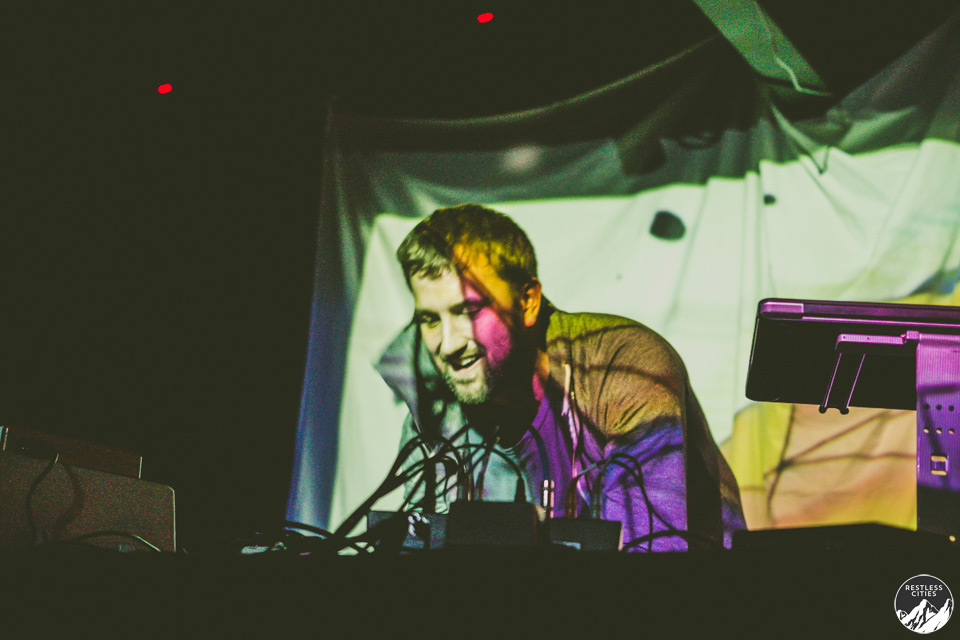 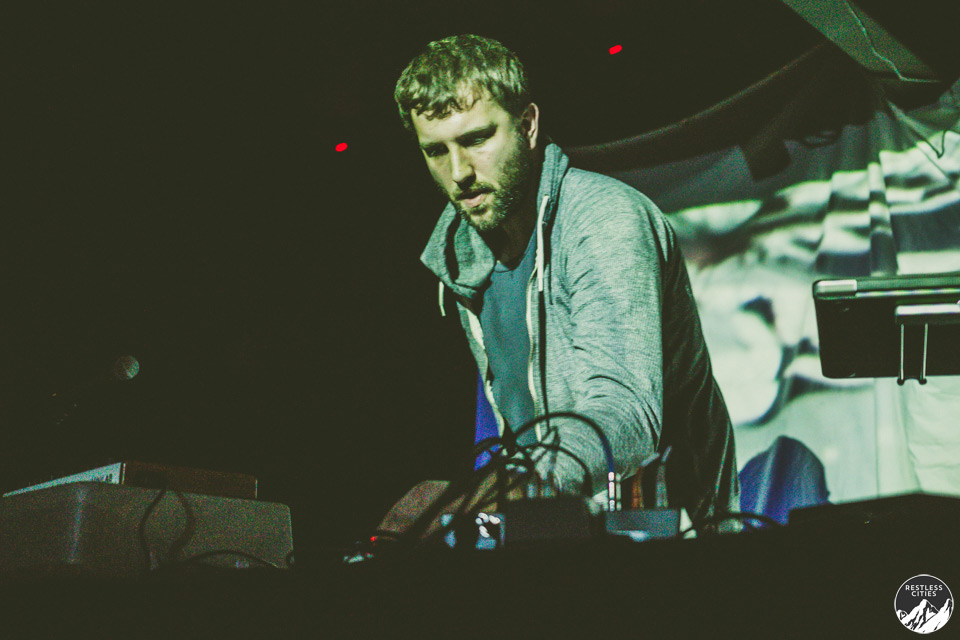 The set was far from perfect with Mirza battling technical issues with the club projector, at times performing in sporadic darkness. While most would have let their frustrations get the best of them, he pushed through and hit his stride the last half of the set with the visuals were finally up and running.

The final minutes were my favorite as Mirza performed the album’s title track, “Swim Team”. The visuals mesmerized the room as the chill waves of sound washed over the crowd. I could tell why this is Mirza’s favorite to perform and I was so happy I could capture it on film. [Continued below.] 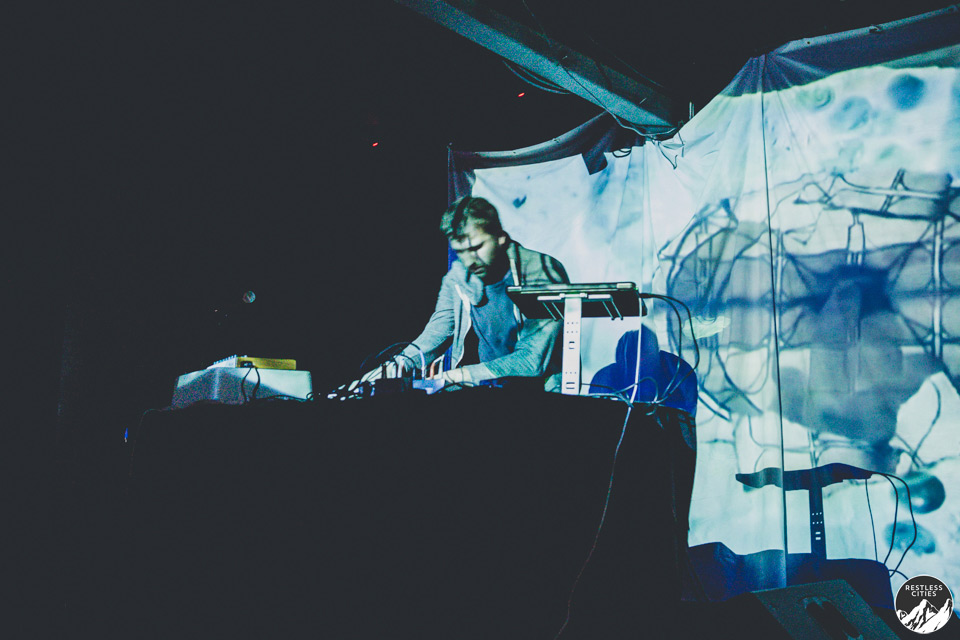 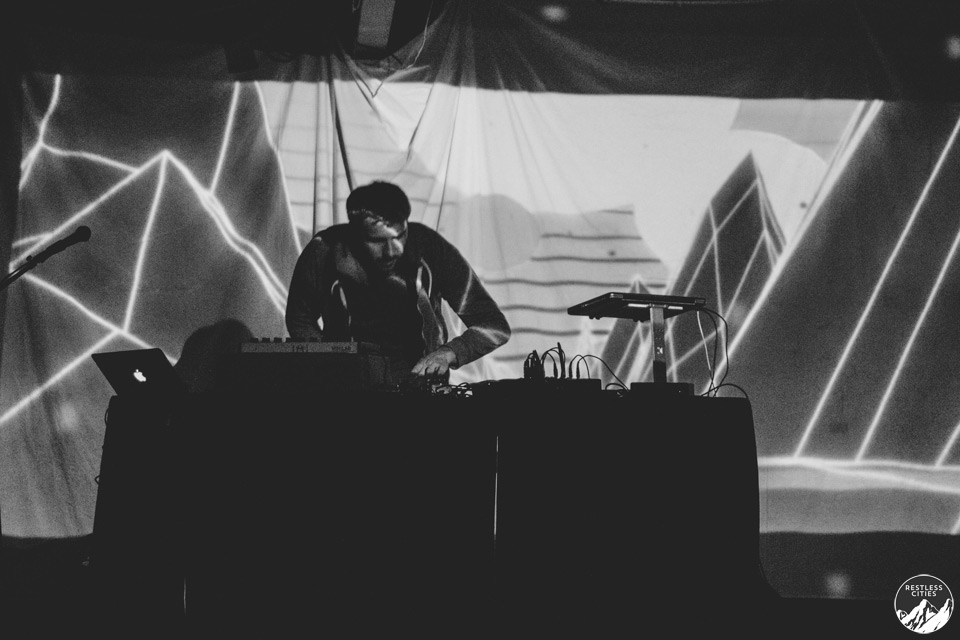 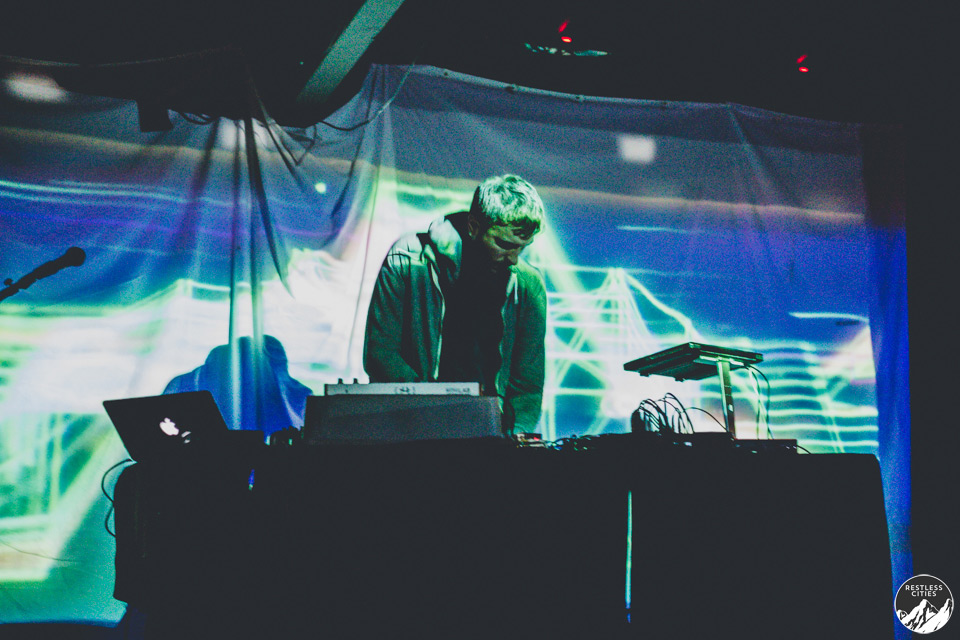 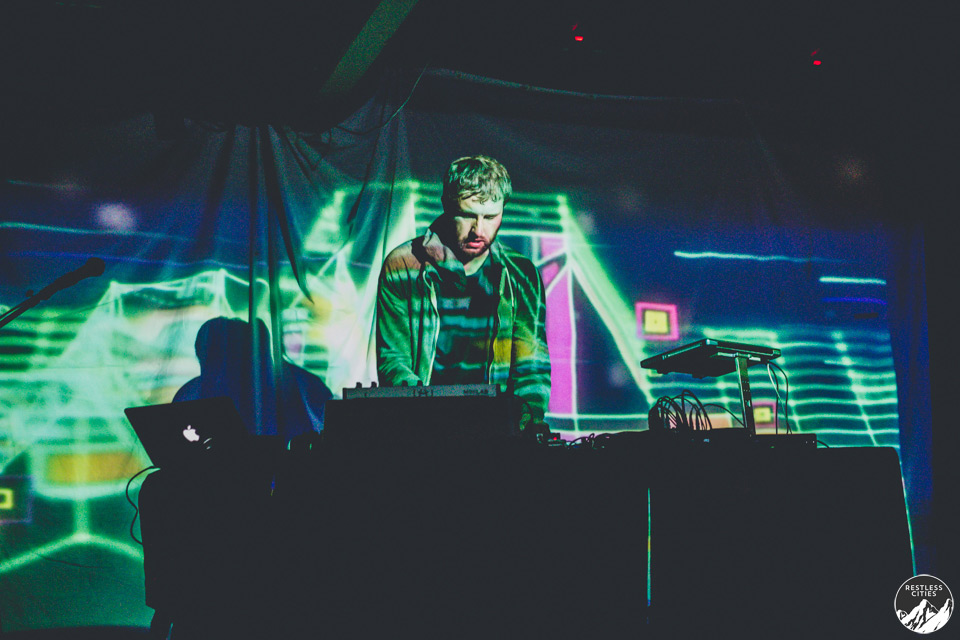 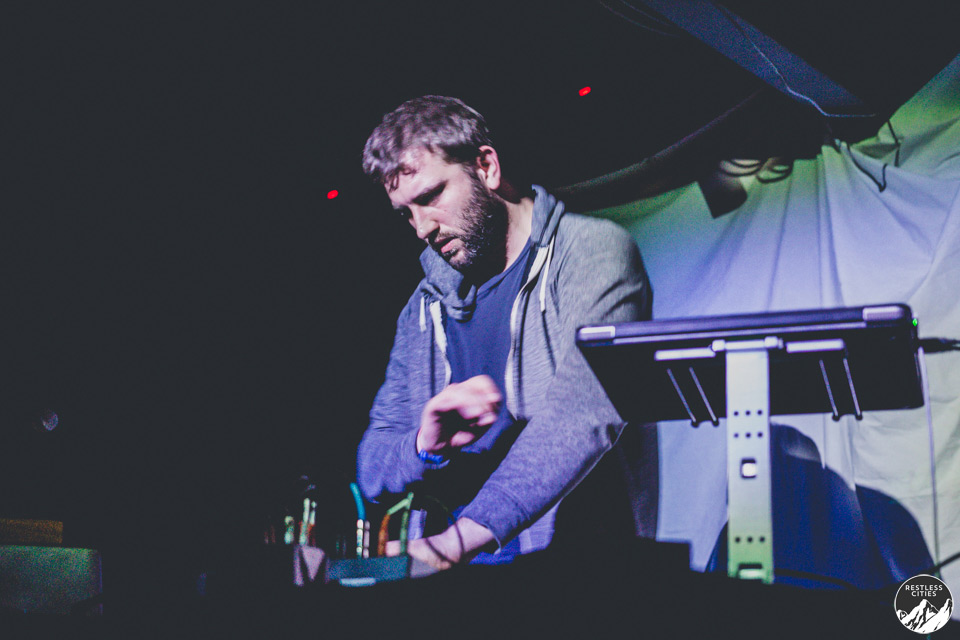 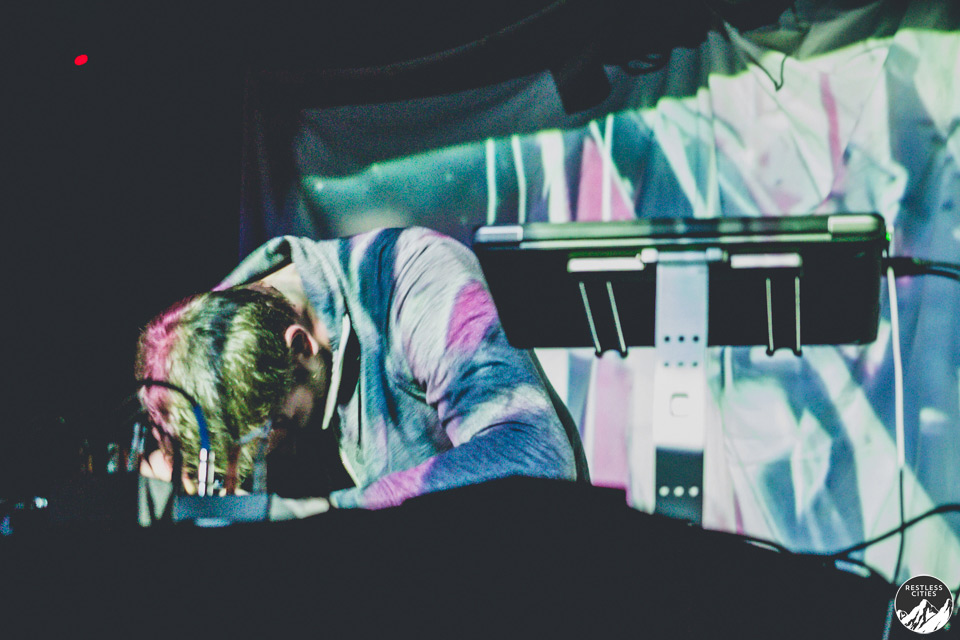 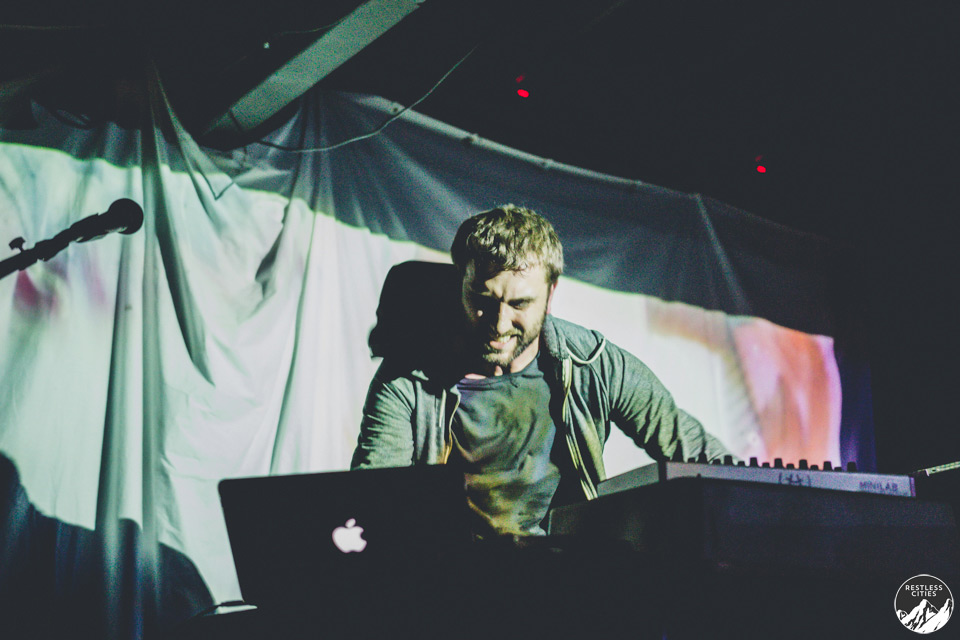 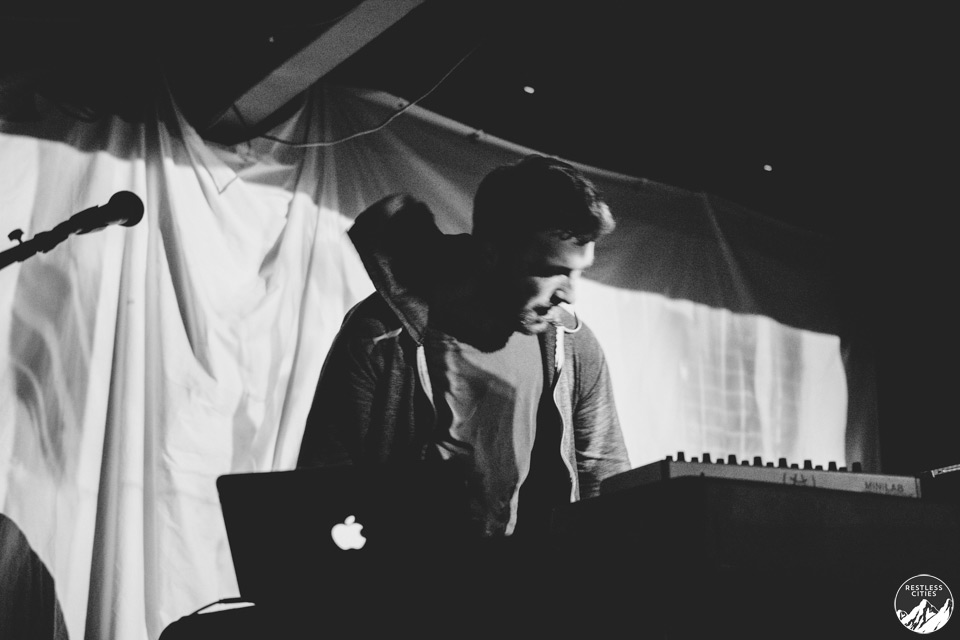 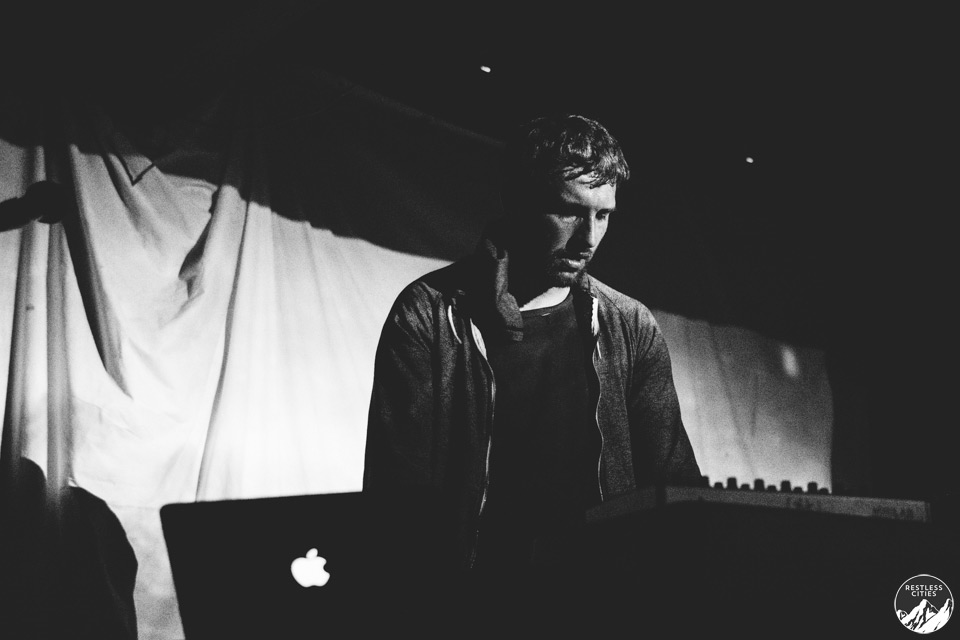 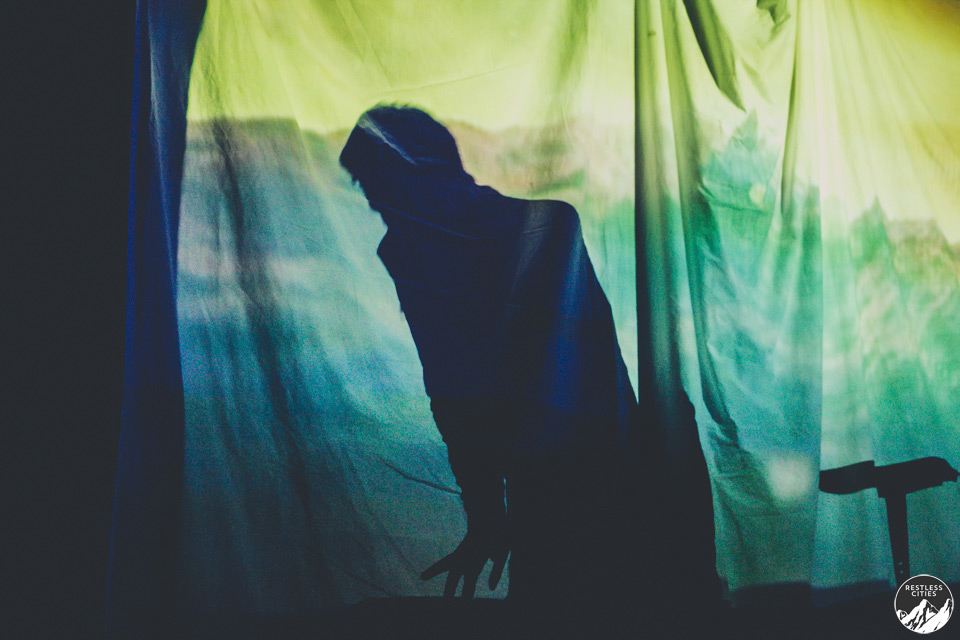 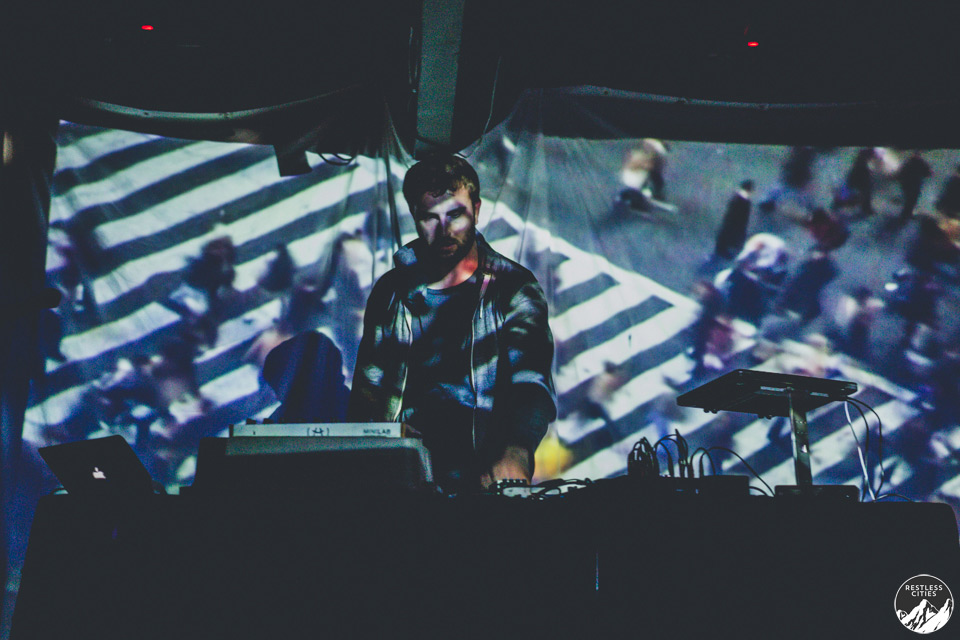 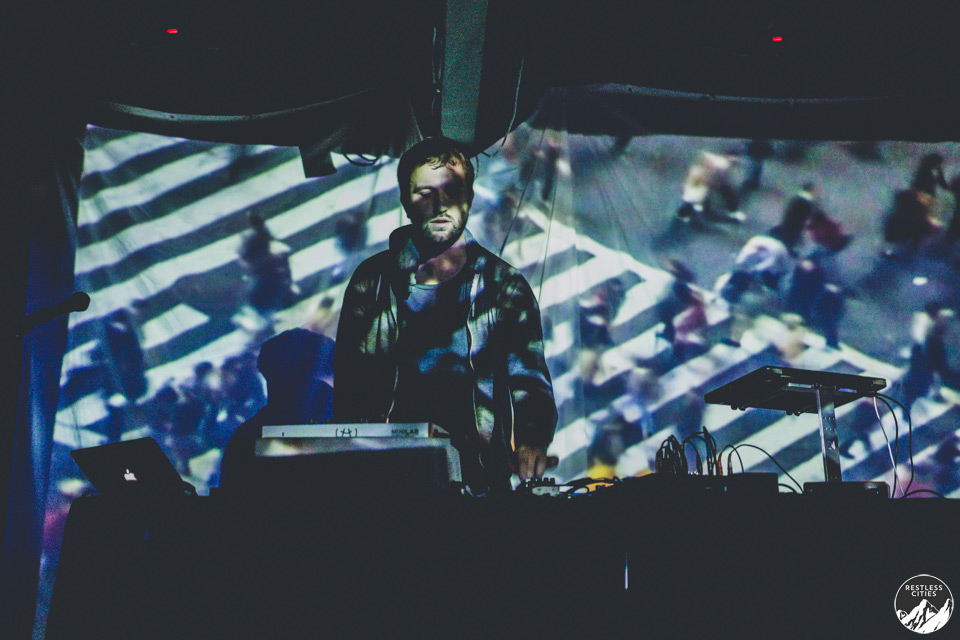 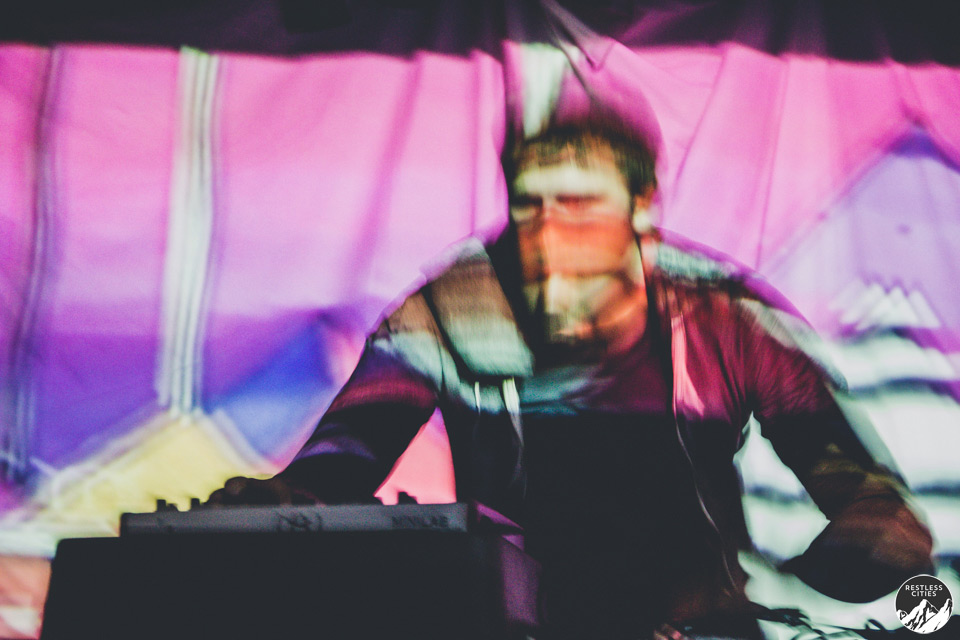 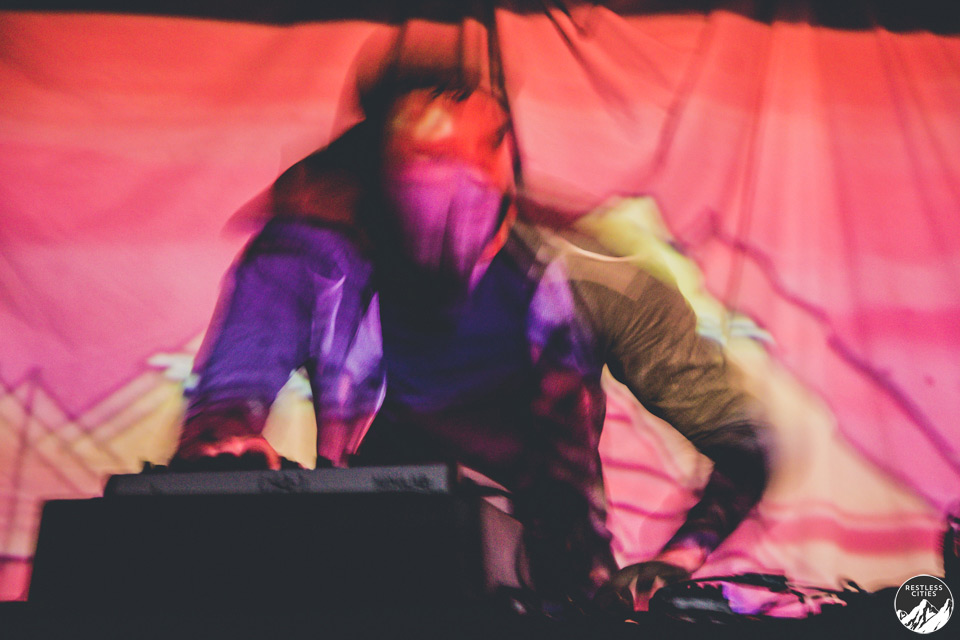 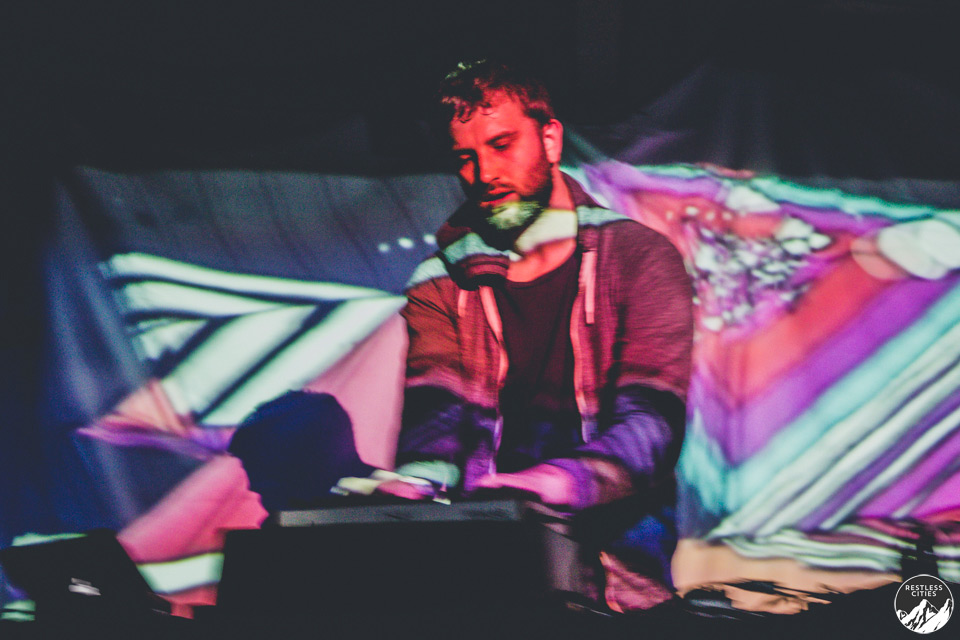 After the set, he was kind enough to grant my wife Rozette and I few minutes to take some portraits and chat a bit about the set. Musicians like Mirza are why I like to document live music. He was humble, friendly, and truly appreciative to share his musical vision with the masses.

There is a captive market right now for artists like Arms and Sleepers, with acts like Spazzkid and Girrafage blowing up. An album like Swim Team doesn’t come often and it should propel the act forward in a big way. Keep an eye on them this year! 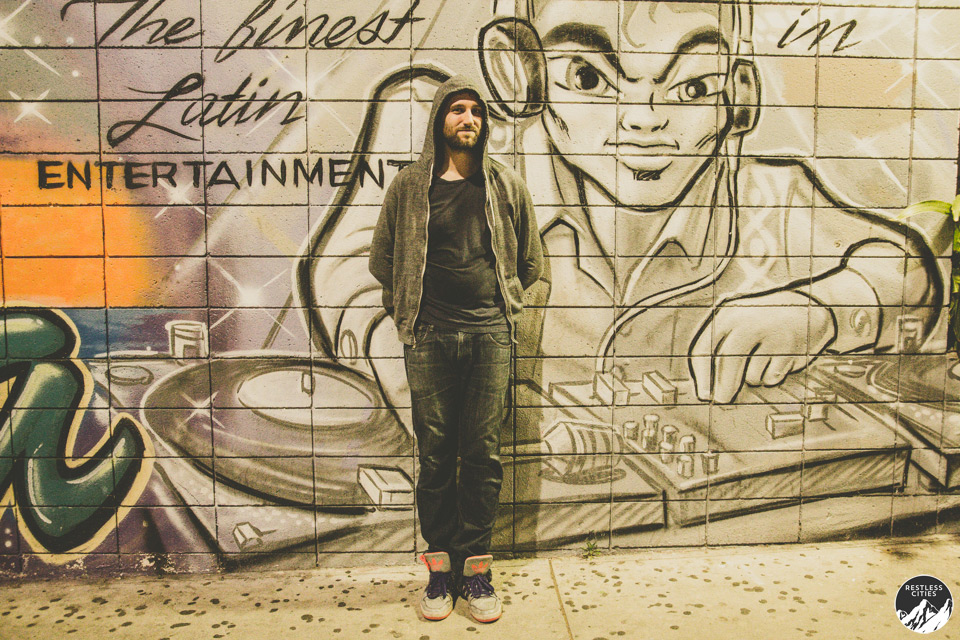 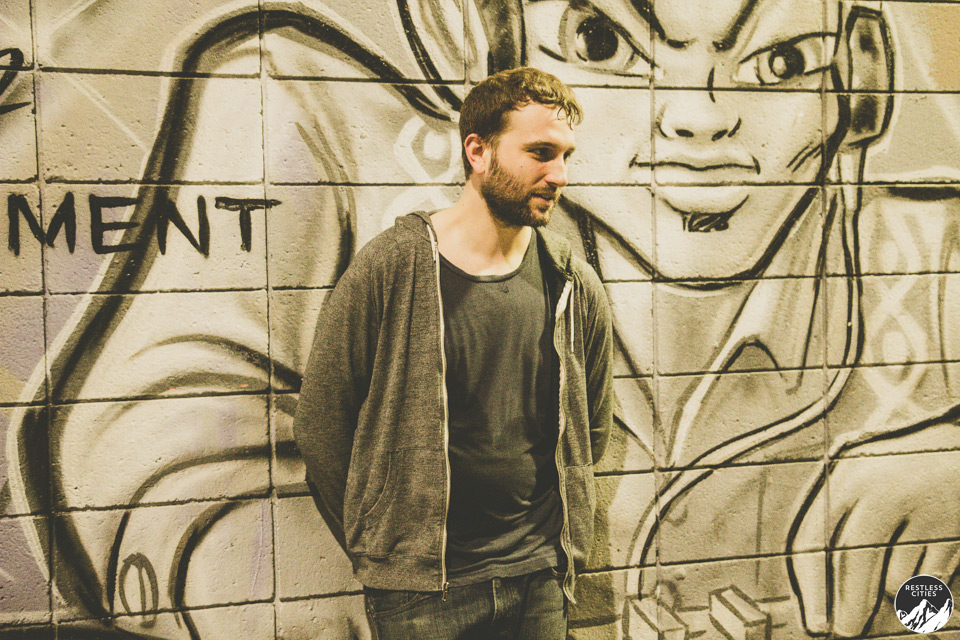 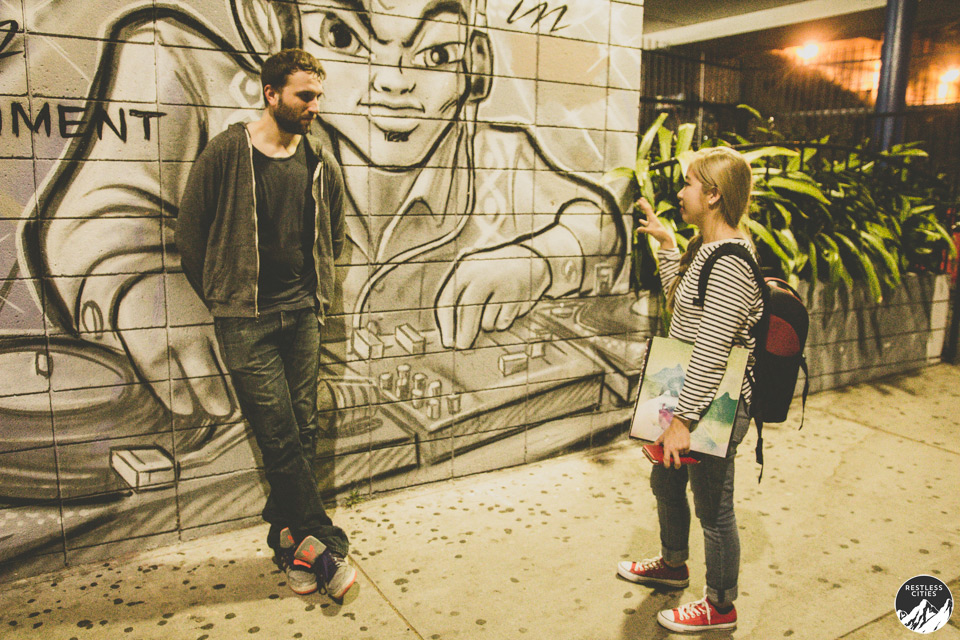 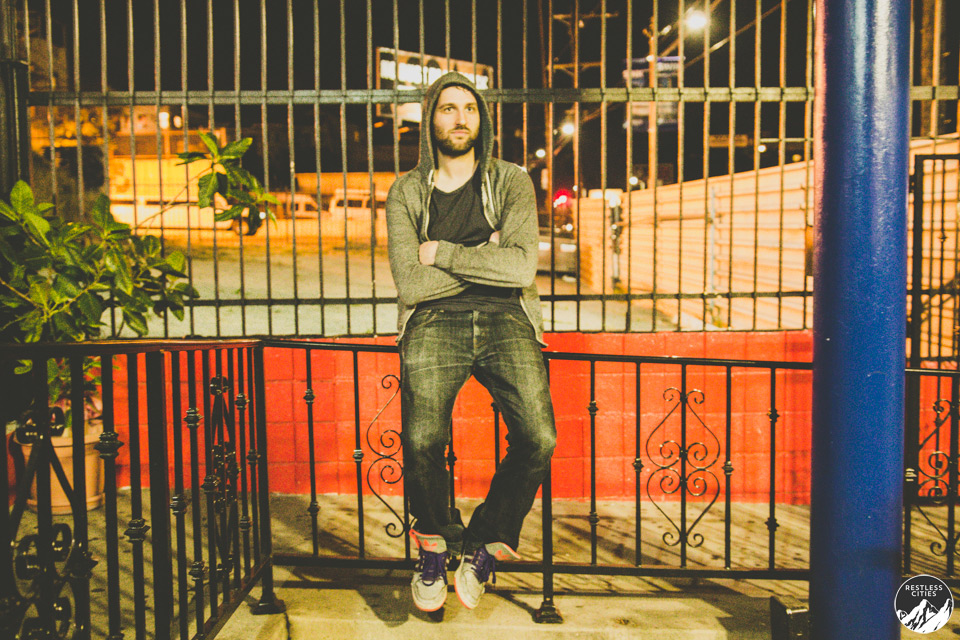 If you have not listened to Arms and Sleepers album Swim Team, you can stream and purchase it on Bandcamp.