Live Review: Between The Buried And Me and Animals...

Live Review: Between The Buried And Me and Animals As Leaders at The Observatory OC 7/21/15 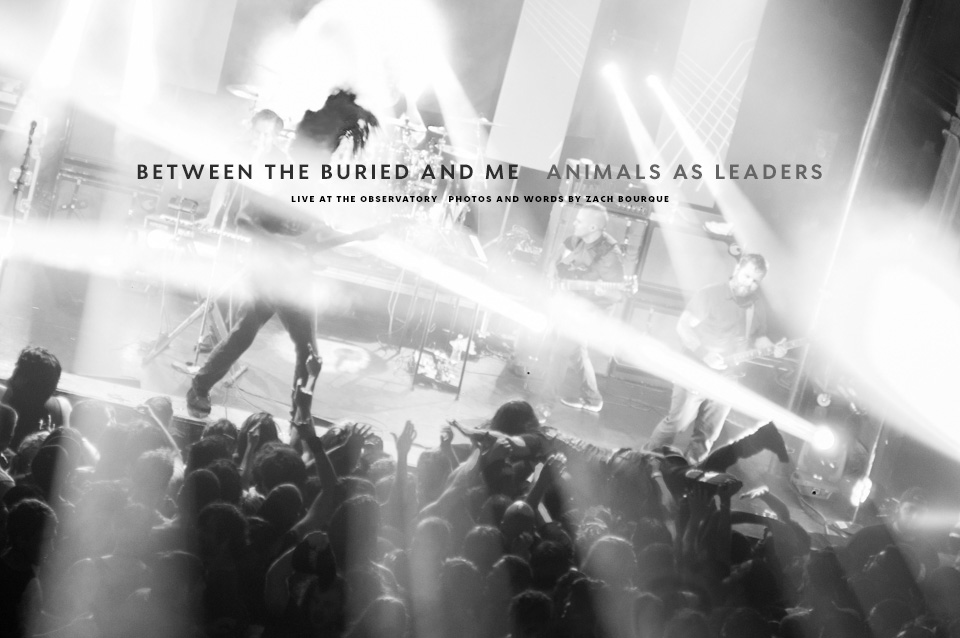 Metal fans from all over Orange County packed into The Observatory for a sweaty, sold out show featuring two of the genre’s most progressive torch bearers. The night began with a set from a third act, The Contortionist, who we unfortunately missed due to the Los Angeles freeway system. Rumor has it they put on quite a show and a post-event Spotify session confirmed the suspicion that these guys bring the heavy in their own unique way. We hope to see them around soon again.

Animals As Leaders took to the stage a bit before 9 and, honestly by this point in their career they really have nothing left to prove. The three piece instrumental group is the stuff of legends; with a layered technical sound created by two massive, eight string guitars, one huge drum kit and three of the most talented musicians these ears have ever heard. They don’t move around a lot but one listen and you’ll understand why. Lead shredder Tosin Abasi didn’t miss a single note as he and fellow guitarist Javier Reyes stood stationary and did things with their figures that seem to defy logic. Air guitarists in the crowd were out in force with requisite metal spirit fingers as looks of confusion and amazement passed over the crowd over the course of the band’s nearly hour long set. If you’re a fan of heavy music, stop whatever you’re doing right now and listen to Animals As Leaders. You can buy us a beer later.

I normally try and keep these reviews objective as possible for the sake of professional integrity but for the next couple of sentences I’m letting my hair down. I’ve been a fan of Between The Buried and Me for well over a decade and have seen them close to a dozen times. This impossibly talented band has morphed and grown over the years turning their initial metalcore sound into something much more progressive and mature, even dabbling into the worlds of electronic and jazz. Thus, it’s with much enthusiasm to announce that this sweaty, stinky night at the Observatory was not only the best show I’ve seen this year but the greatest I’ve ever seen this band perform.

Starting off with (arguably) one your best, most famous track “Selkies: The Endless Obsession” was an awesome place to start. For countless years, this track was their live closer for numerous reasons; the greatest of which is the epic guitar solo that seems to go on for hours. This was their first track. They would then move on to “The Coma Machine,” a favorite track off their astounding new album “Coma Ecliptic.” From there they jumped all over their discography with a slight bias towards new material.

Between The Buried and Me has previously irked me for being a bit too stiff and boring live. Not tonight. Whether it was good vibes from the sold out sea of black shirted, inebriated uber fans or just a newfound second wind, this was a band finally having some fun on stage. Singer/screamer/keyboardist Tommy Giles ran all over stage and interacted with the crowd in ways I hadn’t seen previously and, while I was worried this would affect their sound, they sounded tighter and more flawless than ever.

As the band wrapped up their last song, the smiling crowd looked like they’d just been punched in the gut by the gods of metal. As the band left the stage, a ubiquitous encore chant drowned any other commotion in the venue. When Between The Buried and Me returned, we expected another older track but never expected to hear what came next: a cover of Queen’s Bohemian Rhapsody.

It didn’t stray too far from the original but possessed just enough unique guitar licks to make it their own. With the band’s floating heads on the visualizer behind them further enhancing the Queen mood, the crowd sang every single word as Wayne and Garth had taught us best. This wasn’t just a metal show, it was a rock show.

As the exasperated crowd left the venue, you could get a sense that everyone was on the same page. This is a band on top of their game. With a new found sense of energy and attitude (as well as sensational new record) Between the Buried and Me once again defied logic and genre to do things their own way. I walked in a fan and left a fanatic. 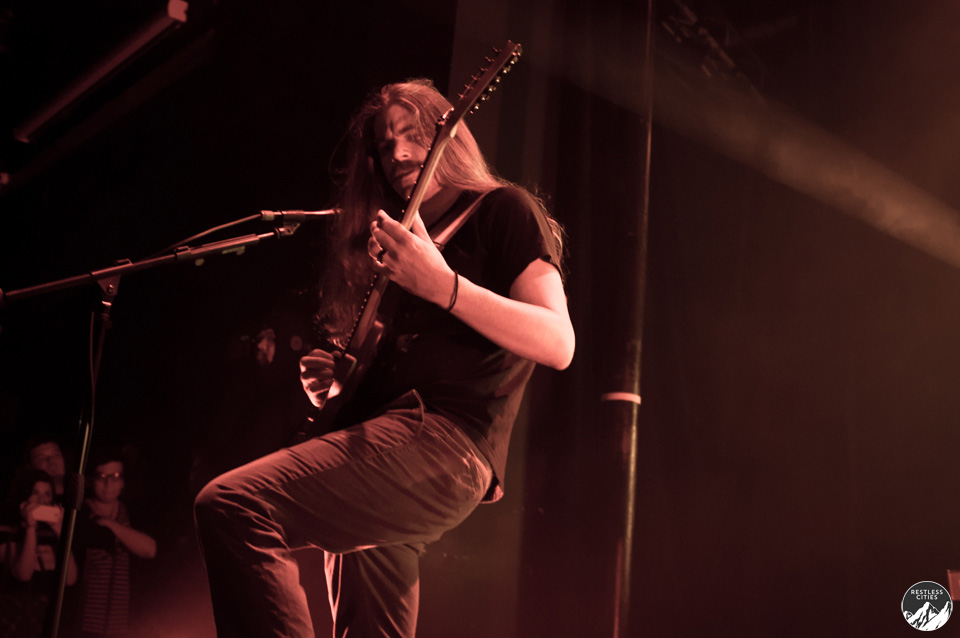 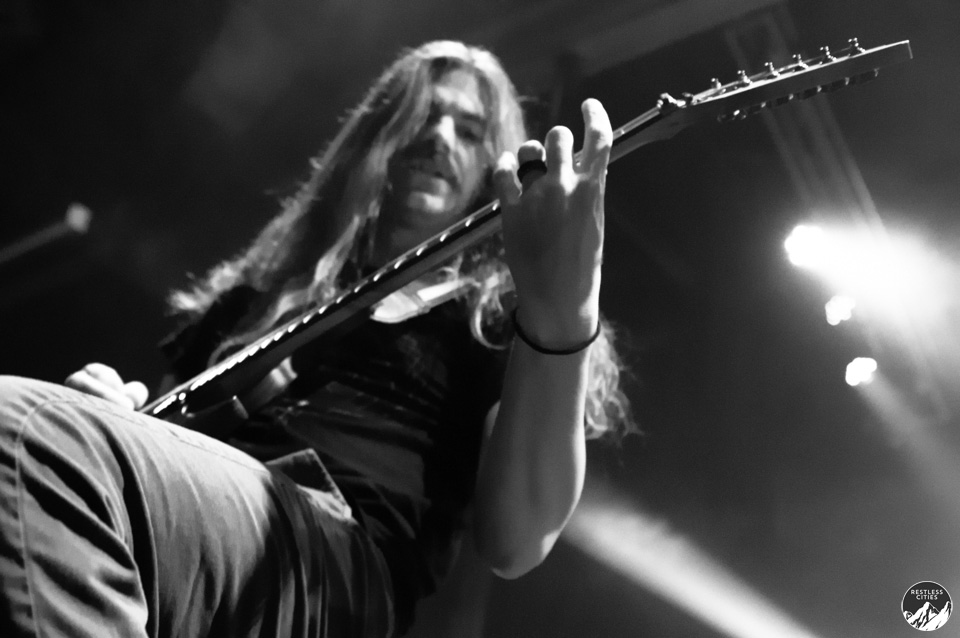 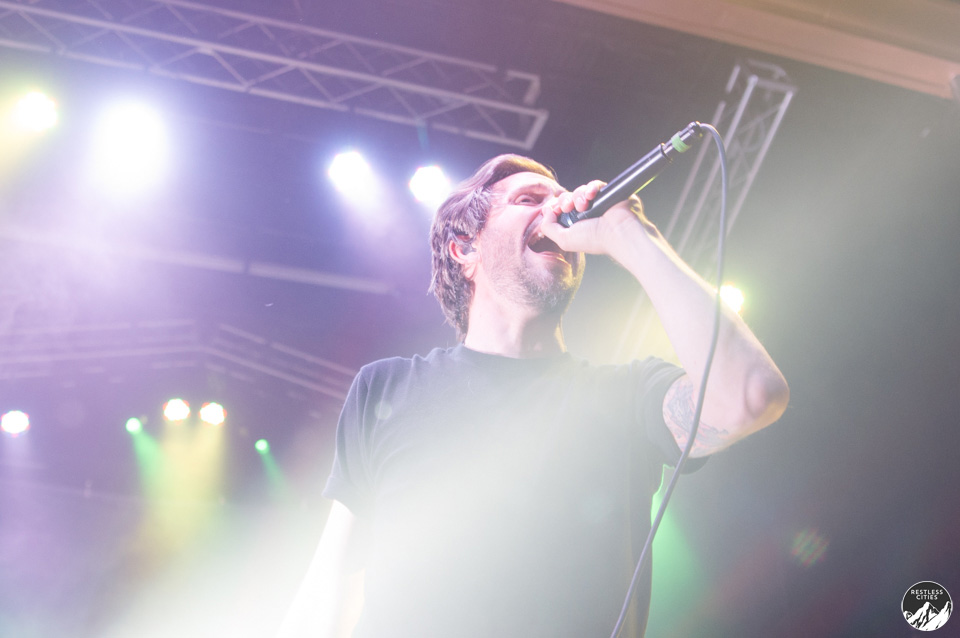 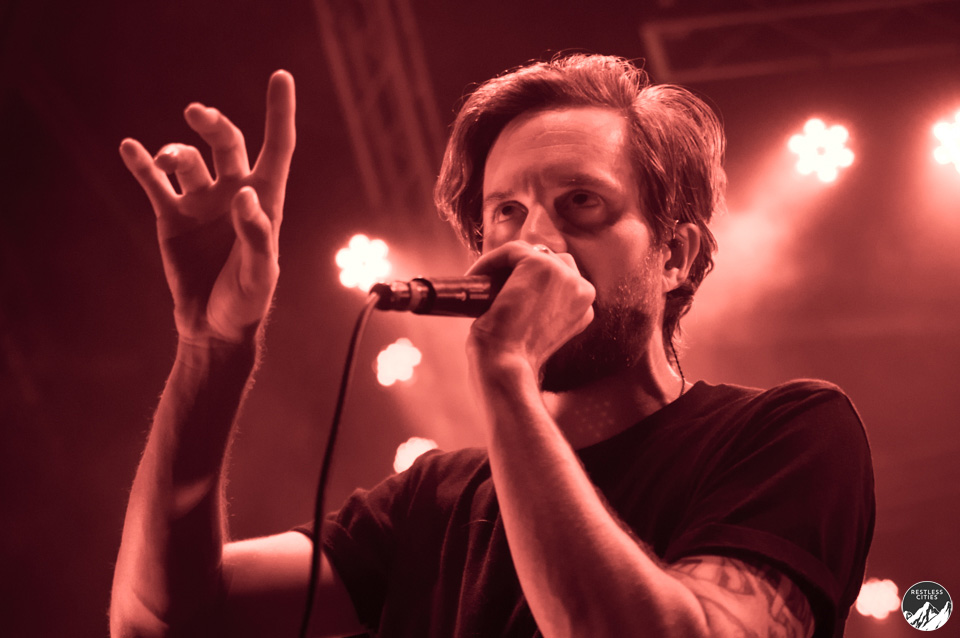 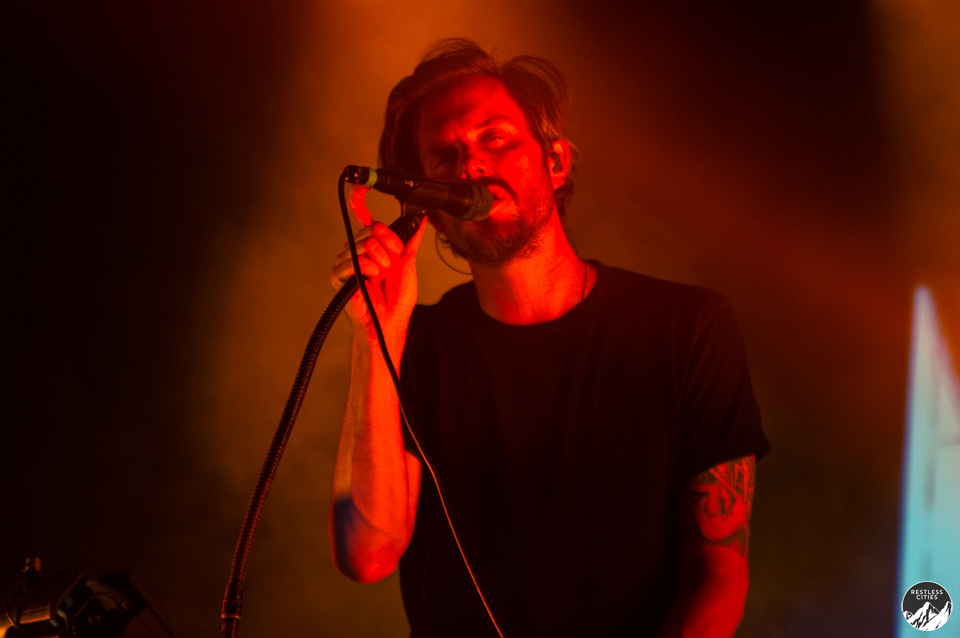 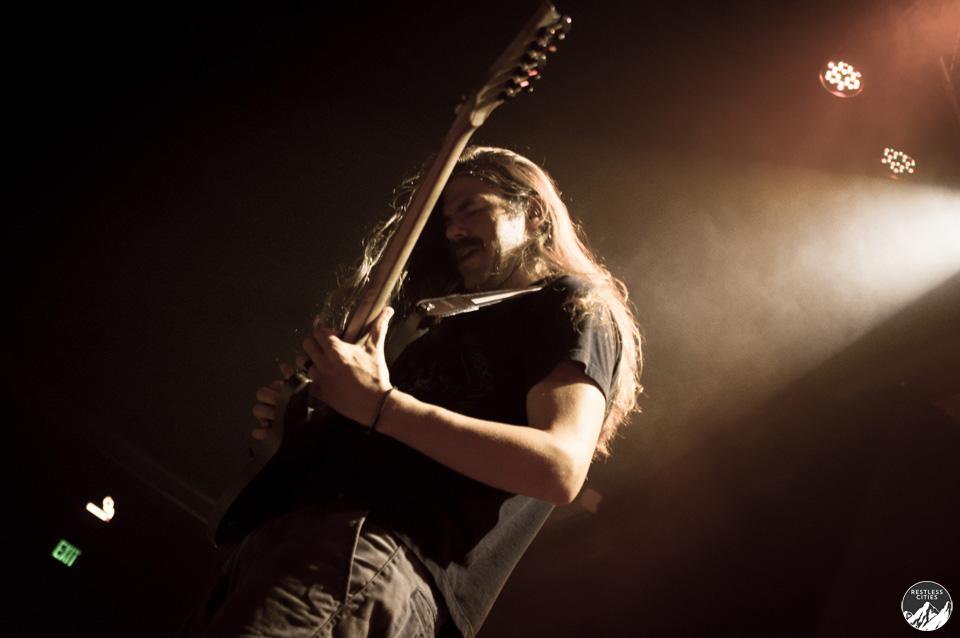 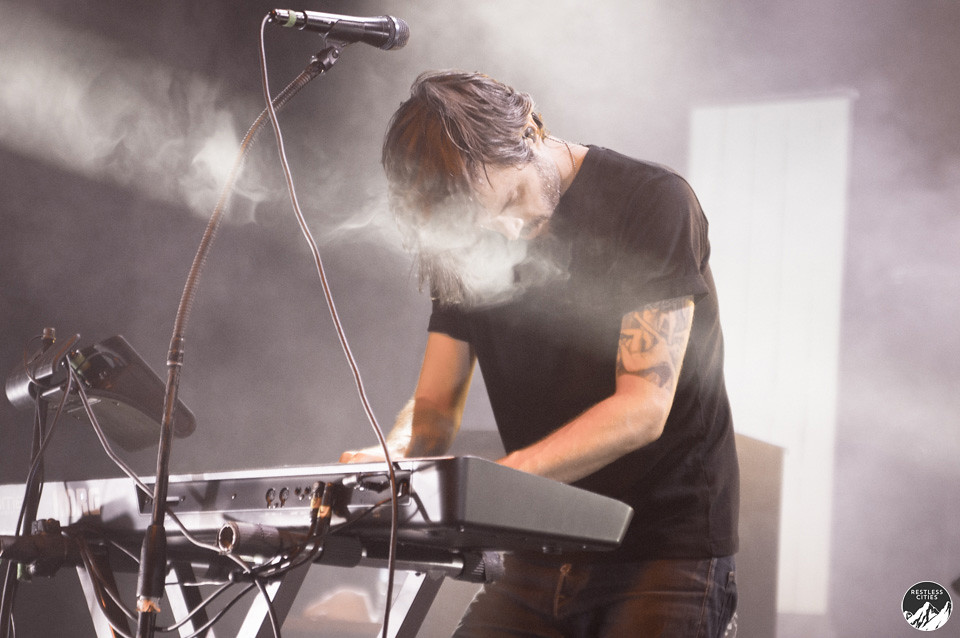 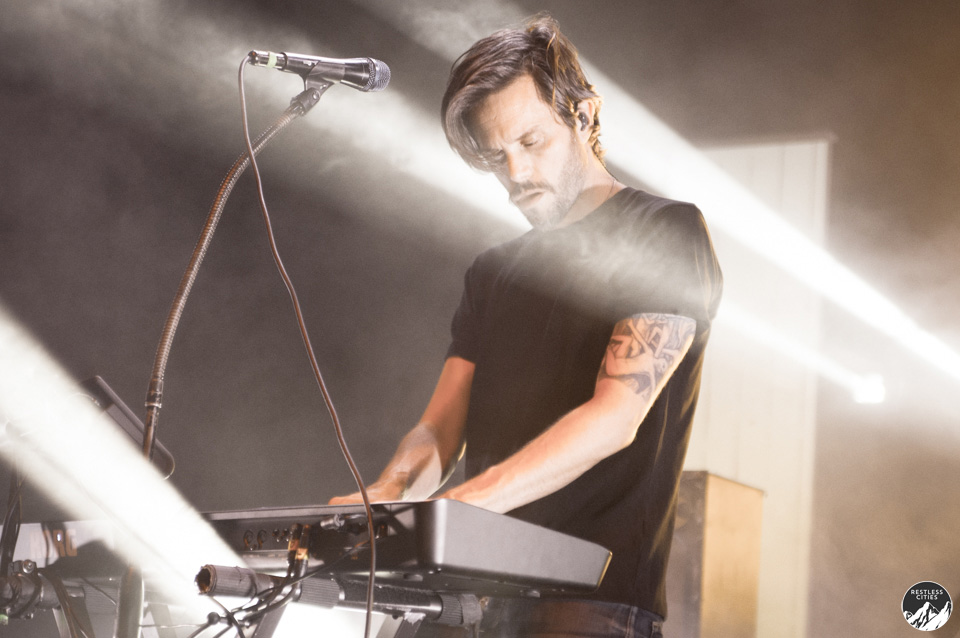 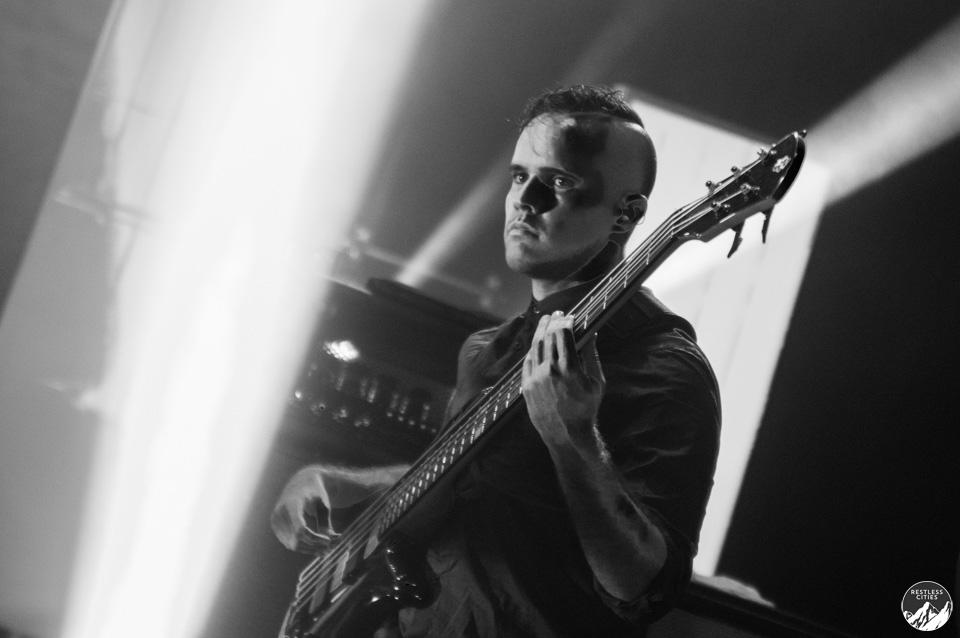 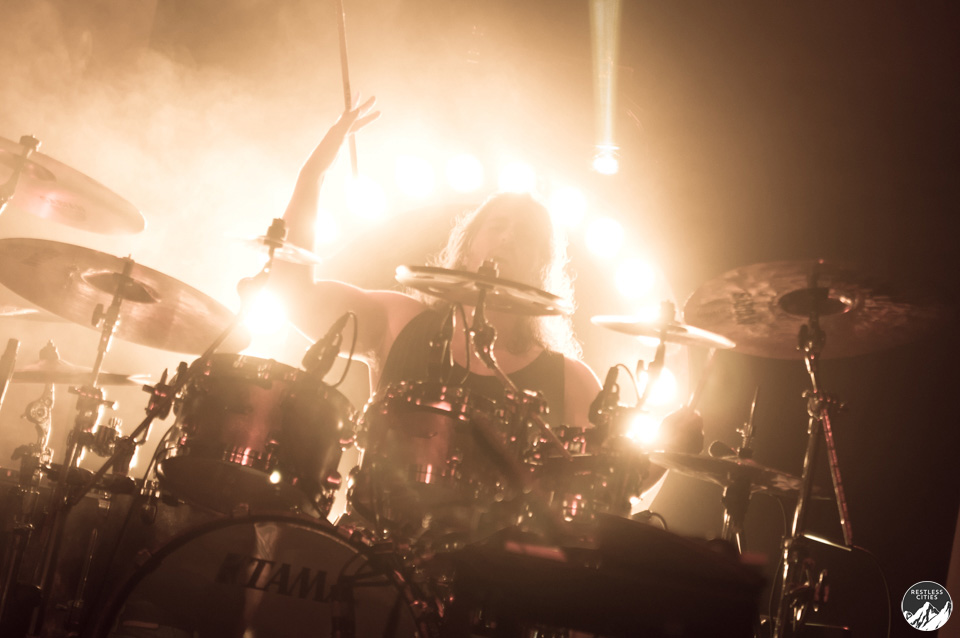 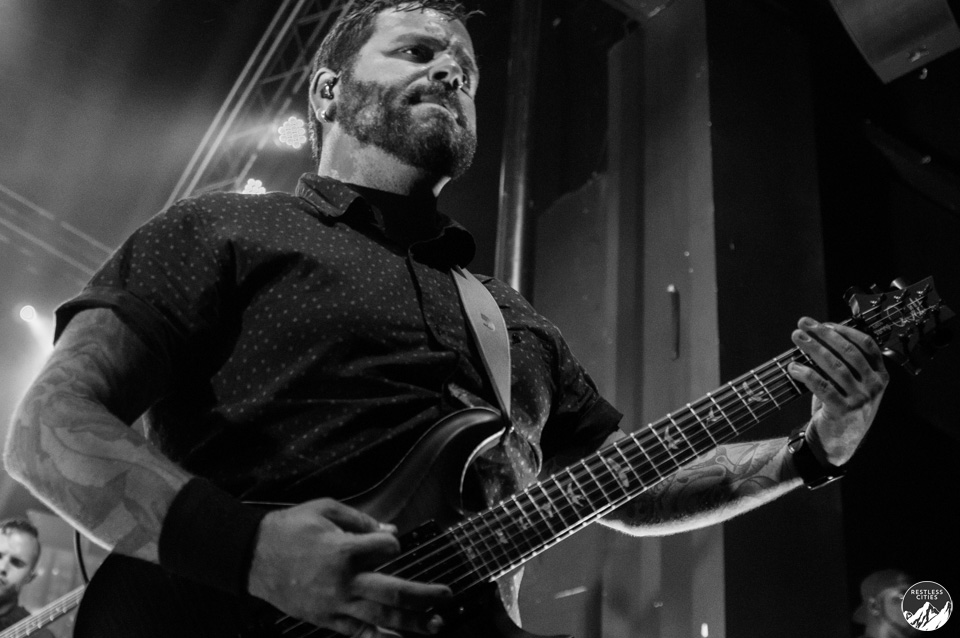 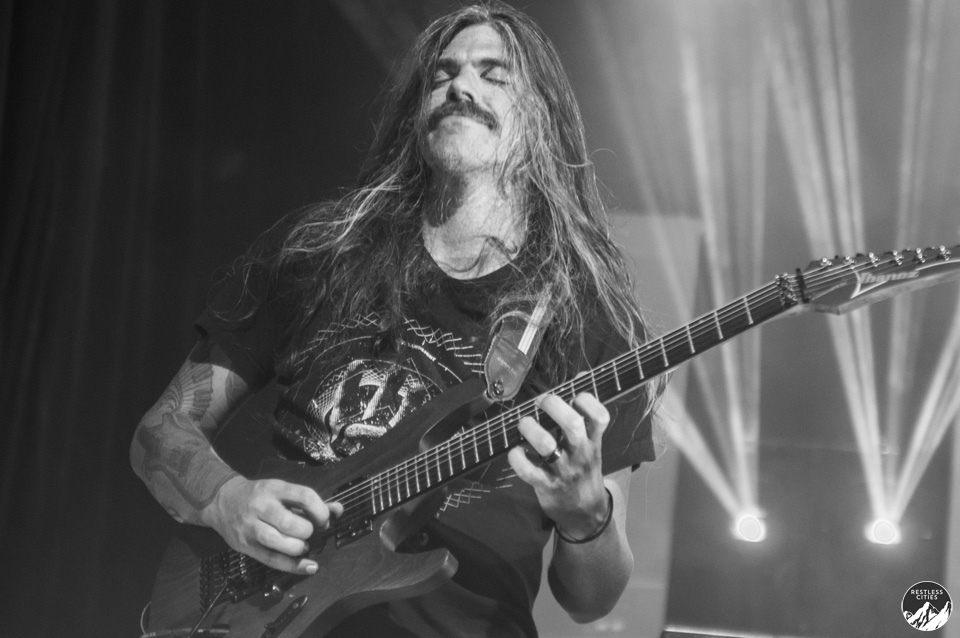 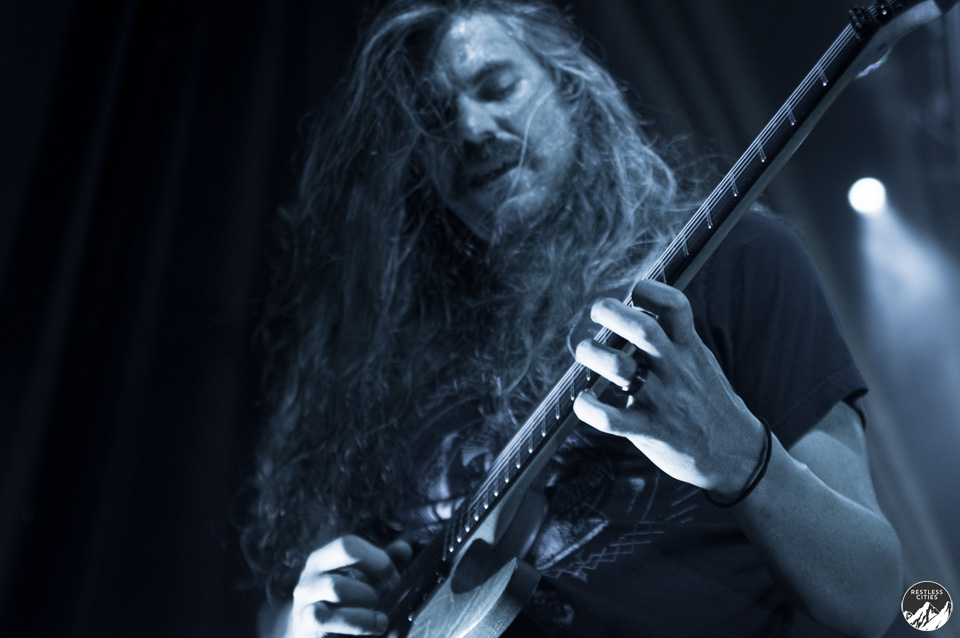 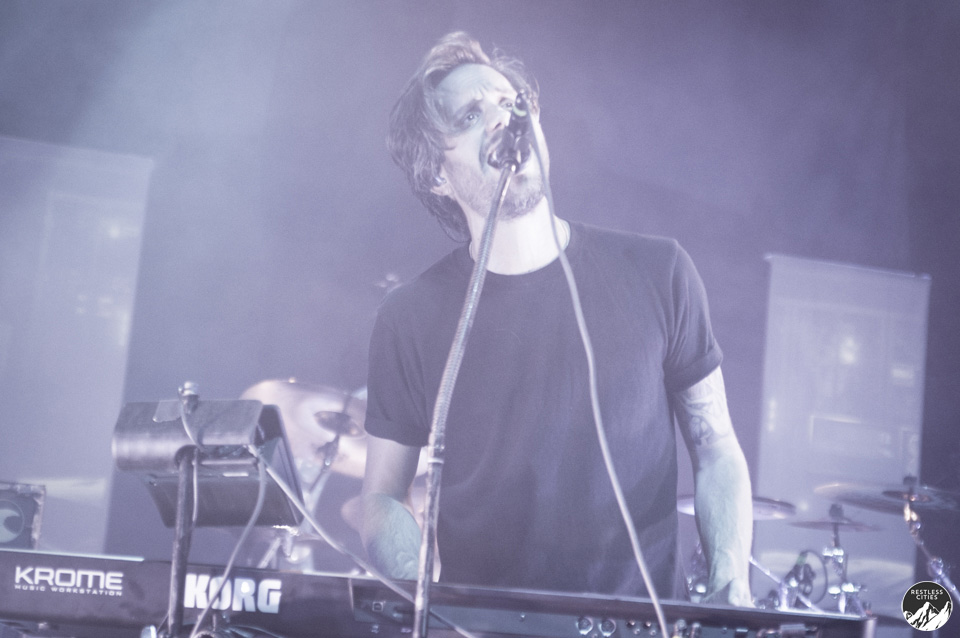 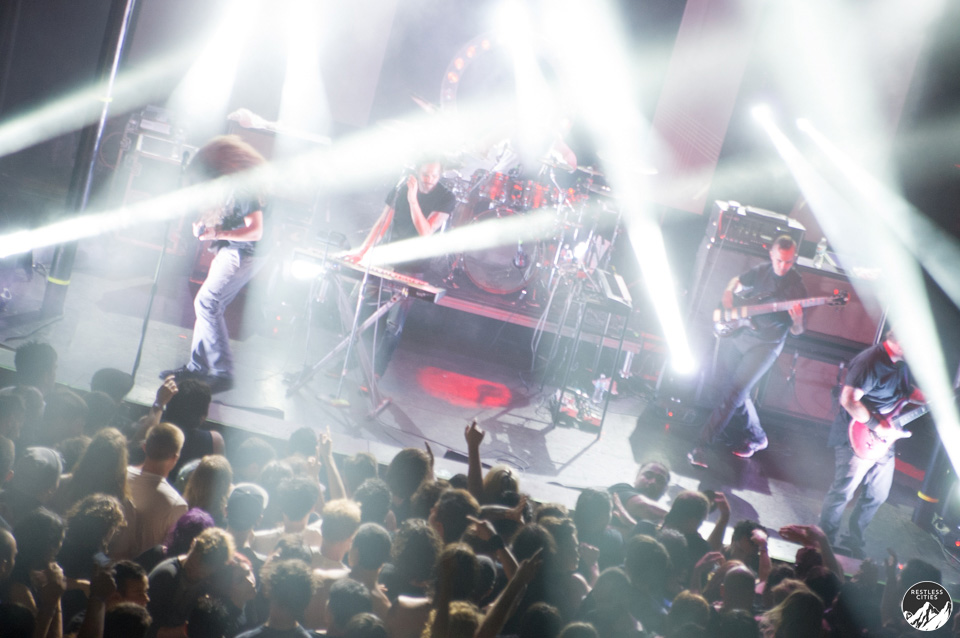 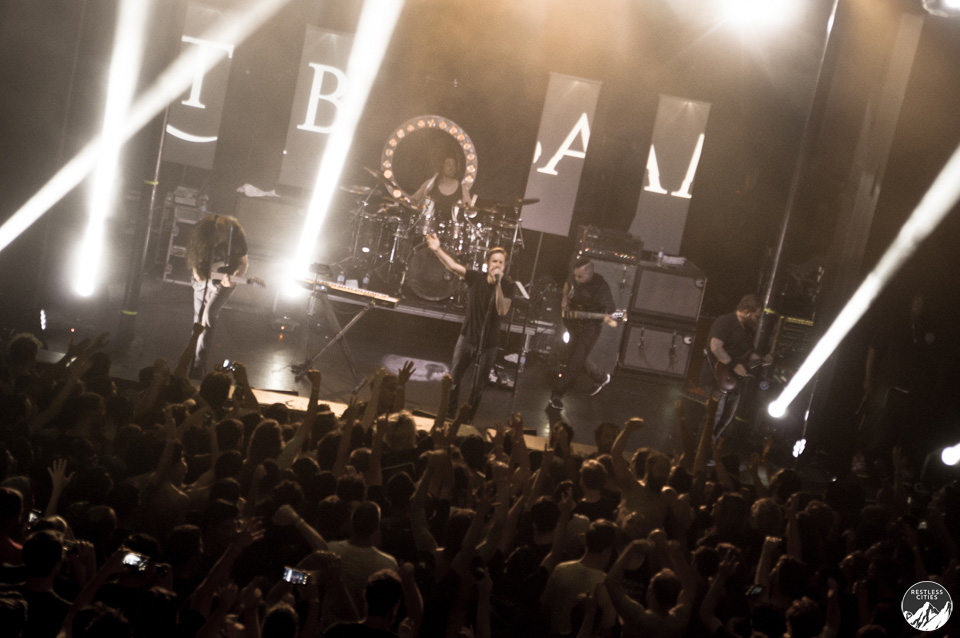 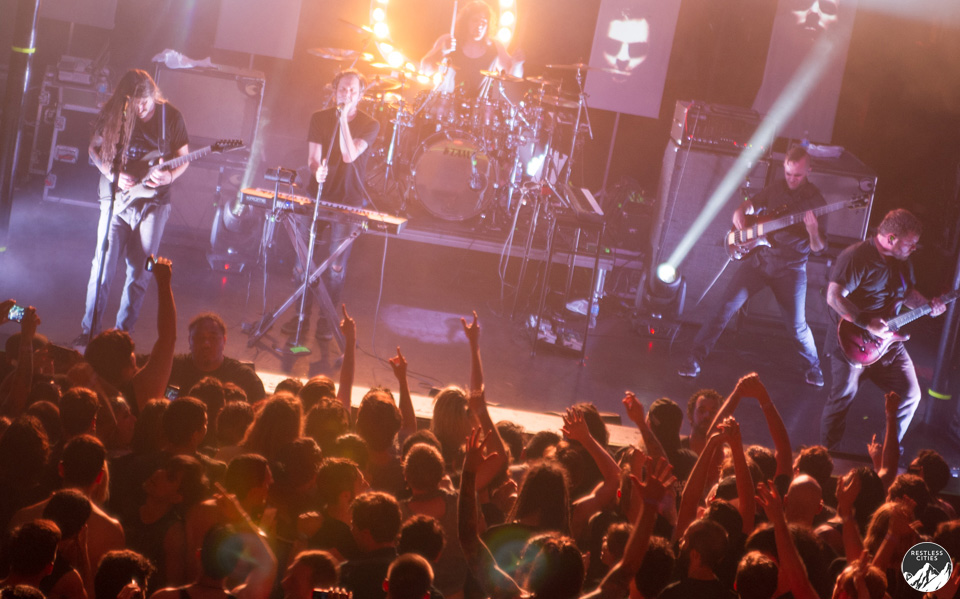 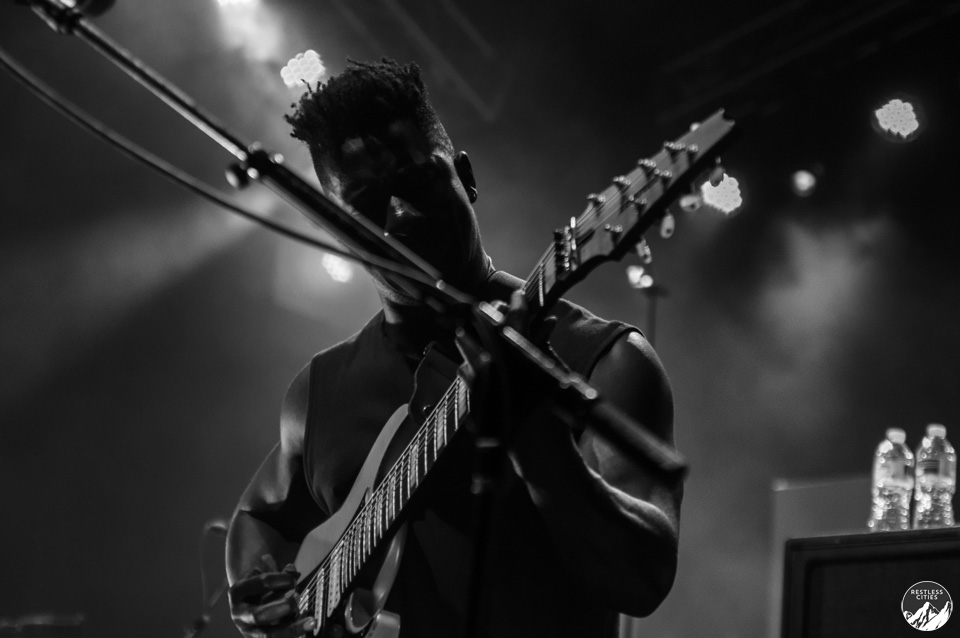 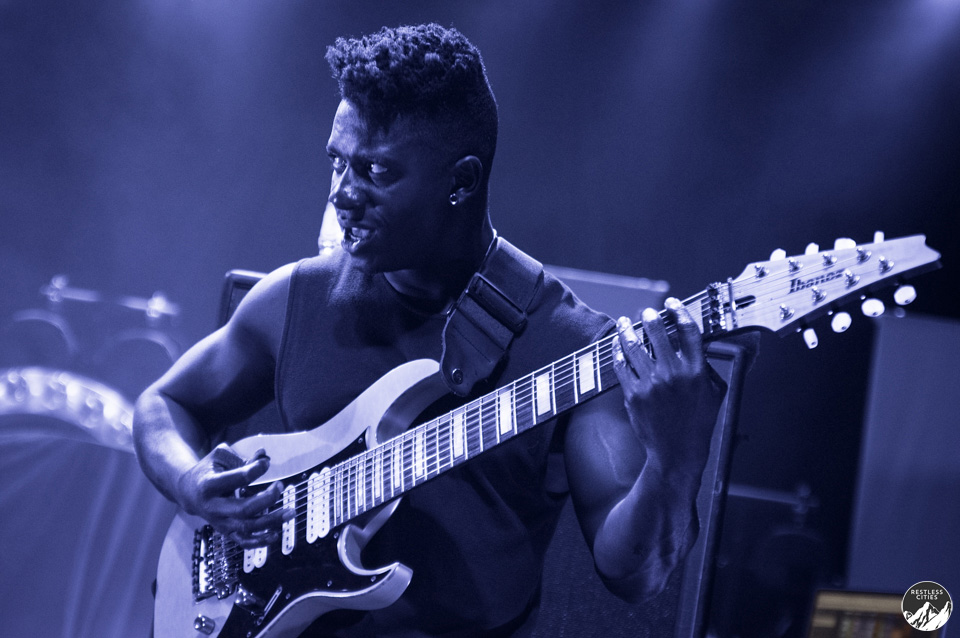 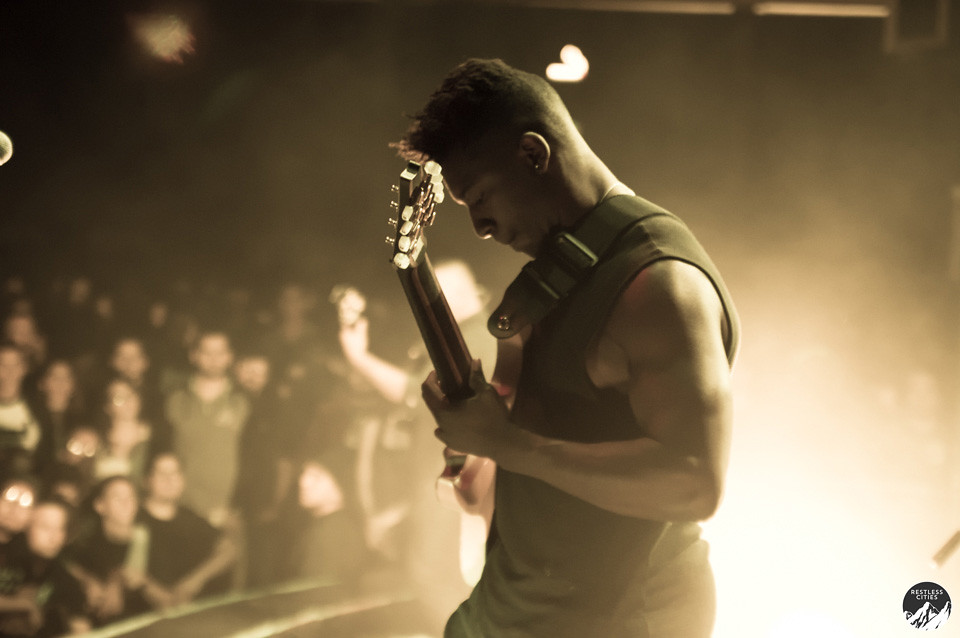 Animals As Leaders, Between The Buried And Me, live review, The Observatory